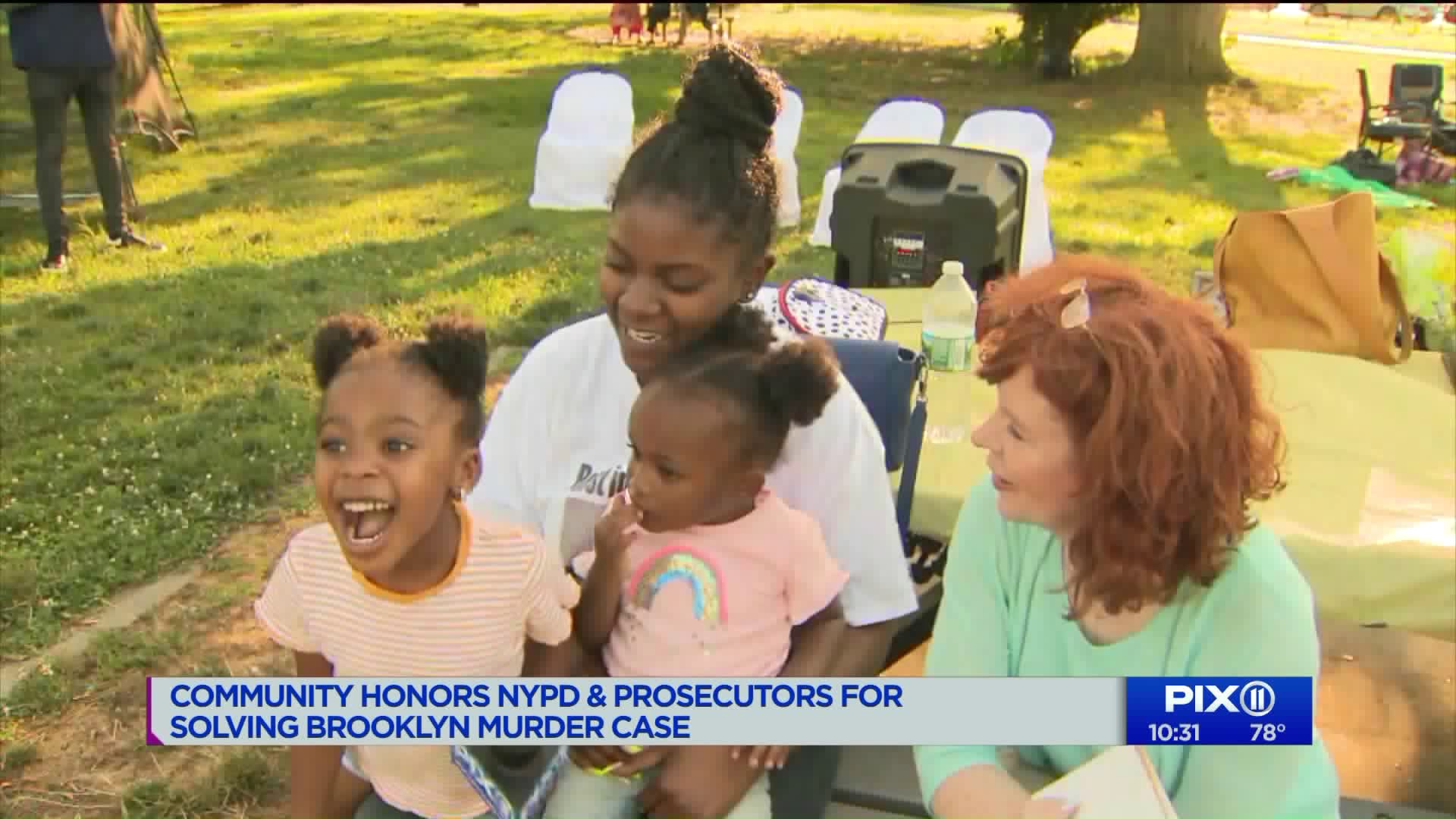 It was a party of gratitude to thank law enforcement and prosecutors for a job well done.

CANARSIE, Brooklyn — It was a party of gratitude to thank law enforcement and prosecutors for a job well done.

It’s exactly two years to the day that Mozelle Brown lost her daughter to a bullet intended for someone else.  In Canarsie Park, Brown threw a big thank you party complete with cake, buttons, balloons and awards for those who put her daughter’s killers behind bars.

21-year-old Chynna Battle and her friend, 29-year-old Shaqwanda Staley were caught in the crossfire of a gang dispute at an outdoor barbecue with friends and family in Bed Stuy. The next day, detective Philip Facenda of the 81st precinct showed up at the grieving mother’s door.

“They sat there and they said ‘we take this personally,’” Brown told PIX11 News. “Two mothers, two children will never get to see them,” she added

Both Facenda and Detective Thomas Pisano of Brooklyn North tracked down the killers to South Carolina. Just last month, Nazir Saunders and Anthony Alexander were convicted of second degree murder.

“There is justice, justice prevailed,” Brown told the gathering of family and friends. “God stepped in and showed up and showed out,” she added.

To friends and family, justice being served so quickly has helped with their grief as they care for the daughter Chynna Battle left behind.

The gathering released dozens of yellow balloons into the night sky with shouts of “We love you Chynna”.

And the detectives and prosecutors said their awards mean so much to them, to know that their hard work was appreciated.