As the 50th anniversary of the first lunar landing approaches, some who built the lunar module reflect on LI’s key role 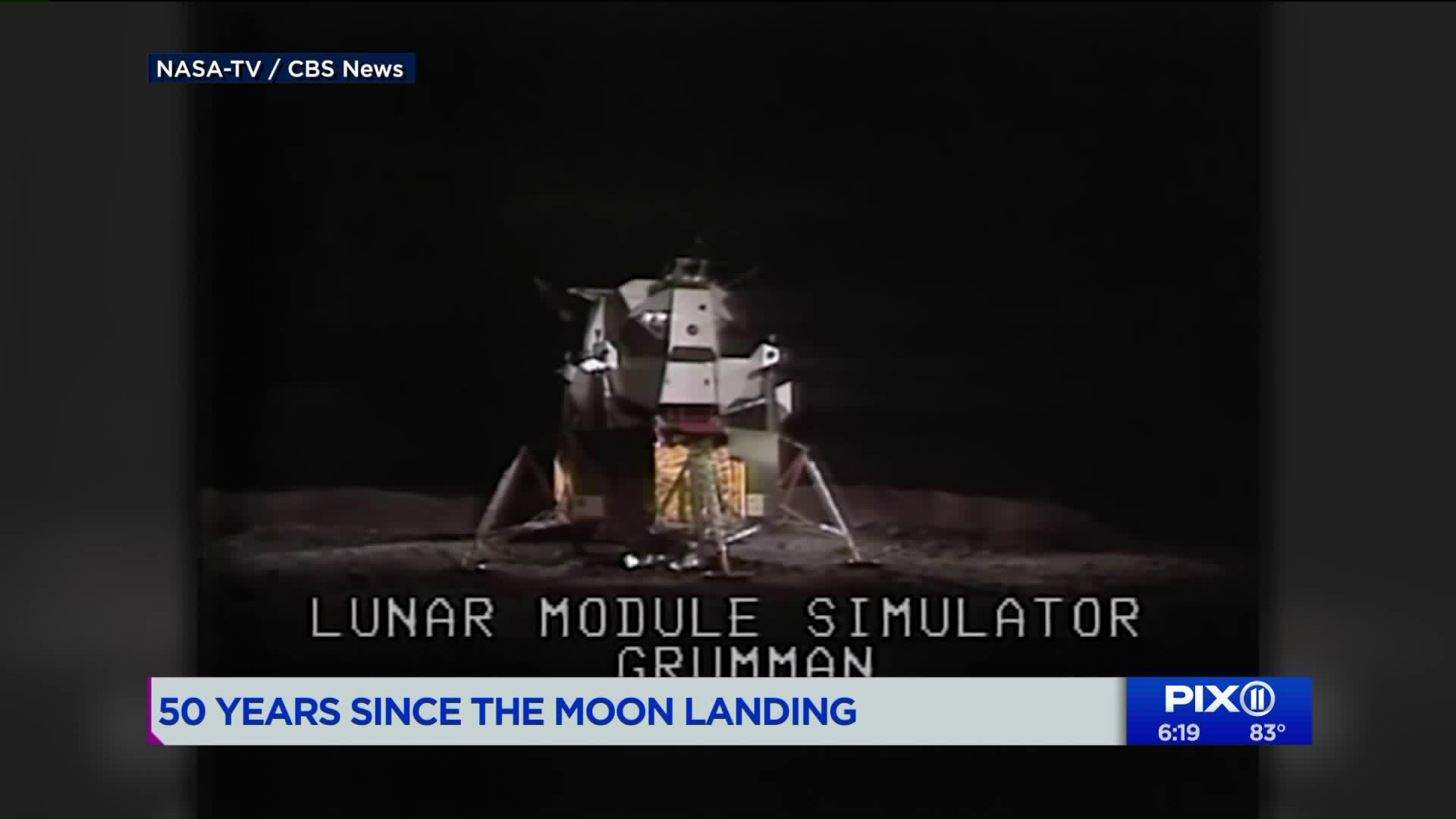 Ahead of the 50th anniversary of the moon landing, we talk to some hard-working New Yorkers who helped make it happen.

RONKONKOMA, L.I. — To this day, it remains the greatest feat of human exploration.

The first moon landing's 50th anniversary is next week, and it simply would not have happened if it were not for extensive work done here in New York, by New Yorkers, on Long Island.

The spacecraft that landed on the moon, the lunar module, was designed and built by local residents, some of whom still live in the region. What they say about how gratifying their task was, despite long odds, and strong societal and cultural pressures against them remains instructive today.

"Going to the moon was the ultimate risk," said Alan Contessa, a retired thermal insulation technician.

He worked at Grumman Aerospace, the manufacturer of aircraft for military, government and civilian purposes, based in Bethpage, Long Island.

"Our whole job through the whole lunar program was to find answers," Schaefer said in an interview with PIX11 News.

The men had addressed a gathering of members of the Long Island Metro Business Association, and were interviewed after the event. They talked about what the development and deployment of the lunar module, referred to its workers by its acronym, LM, was like.

"There was tension, there was pressure, there was emotion," said Dunne.

Fifteen LMs were built at Plant 5 on what was then Grumman's sprawling campus. A total of 7,000 employees were assigned to its construction, which was done by hand. Of the 15 that were manufactured, 10 were launched into space. Six landed on the moon.

The last of them is on display at the Cradle of Aviation Museum in Garden City, Long Island.

The most obvious thing about it is how it's tightly wrapped in what looks like shiny foil. It is not.

"Think of a mylar balloon that the kids have," Contessa said. Those balloons' mylar are exponentially thicker than each sheet of shiny insulation that the lunar module was wrapped in by technicians like Contessa.

The material had to be able to withstand temperatures nearly 300 degrees below zero Fahrenheit, and 224 degrees above zero, which are lunar surface conditions.

Contessa demonstrated, by folding a sheet of LM insulating material, that even after half a century, it's still strong.

"It had the qualities of acting as an external shield," he explained. It had to, so that the spacecraft would be protected from micrometeorites, which banged against it in flight. The LM's metal shell is so thin that a dropped screwdriver could easily dent it, let alone the potential damage a micrometeorite could do.

Noting the various challenges the manufacturers faced, their reaction to the lunar module landing for the first time on July 20, 1969 was a sharp contrast to the jubilation and amazement the rest of the world expressed at the time.

"Relief," is how Contessa described it. "That it was done."

1969 was a very trying time in many ways, Schaefer pointed out. The Vietnam War was in its depths; months before the launch of Apollo 11 that transported Neil Armstrong and Buzz Aldrin in the LM to the lunar surface, the assassins of both Martin Luther King, Jr., and Robert F. Kennedy admitted guilt.

A lot was happening in U.S., and world culture, but the LM development proceeded through it all. It's a takeaway that the Grumman pioneers say is helpful today.

"We had all the diversity going on back then that we do today," said Schaefer, "but it was all a different color, a different flavor, okay? But we were able to pull together, and do what we did."