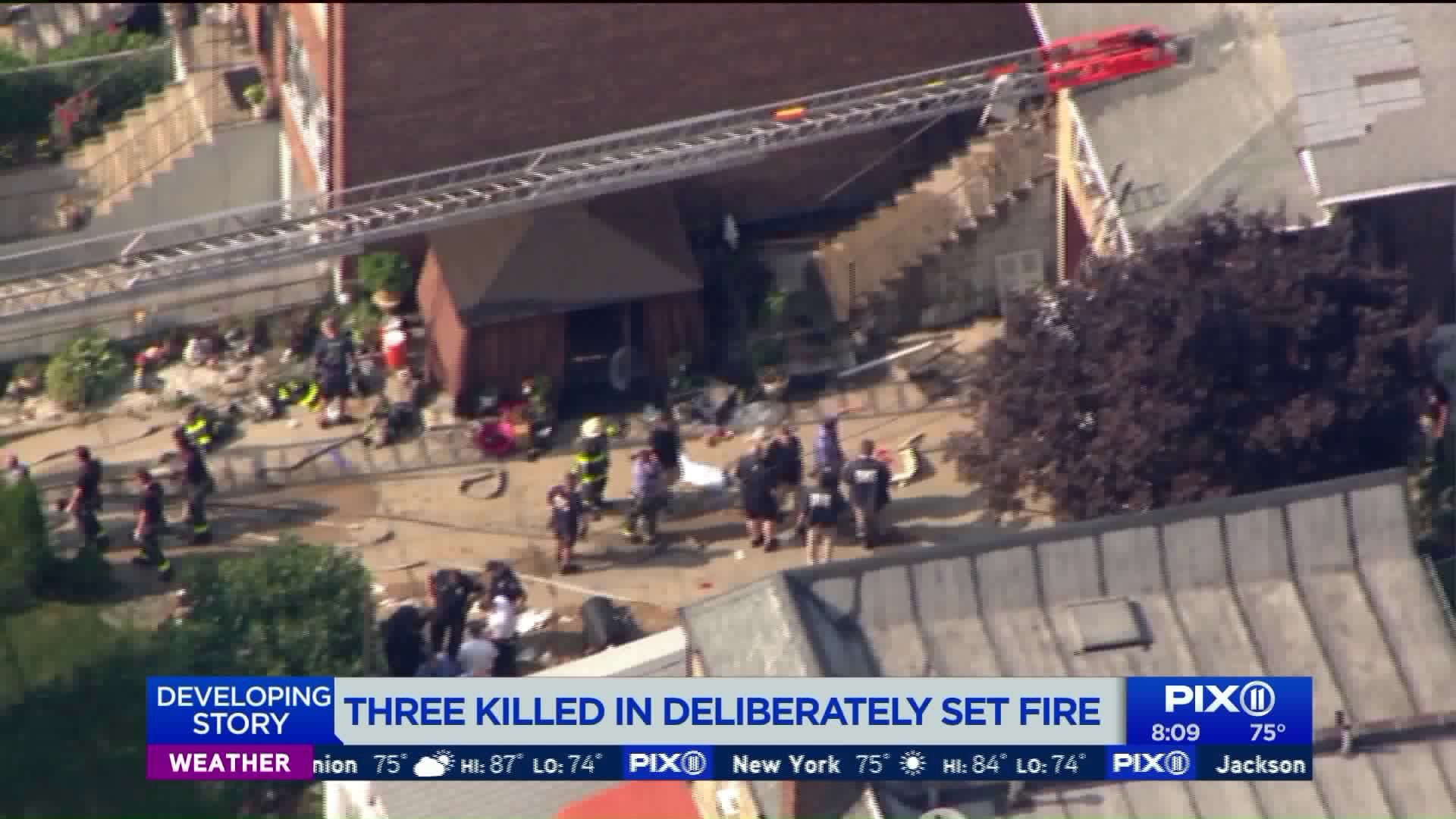 A 6-year-old girl and a 76-year-old man are among those dead after a 23-year-old man reportedly intentionally set fire to a house in East Elmhurst, Queens, Wednesday afternoon. A woman and 10-month-old boy were critically injured in the blaze, officials said. The man believed to have started the fire was the third fatal vicitm. 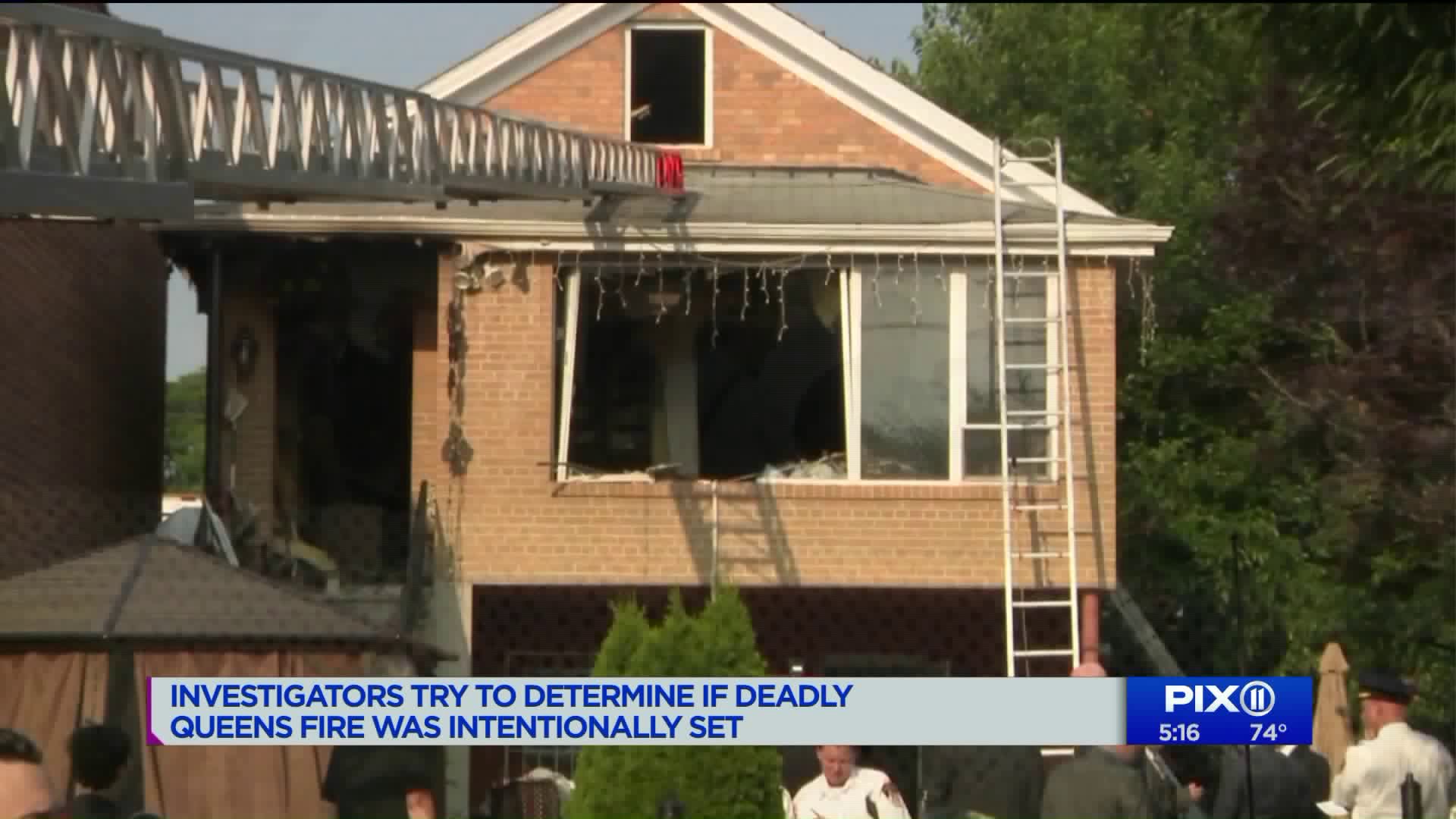 EAST ELMHURST, Queens — Authorities have confirmed that a Queens house fire that killed three people including a 6-year-old girl and her grandfather, while critically injuring her mother and baby brother Wednesday, was intentionally set.

The FDNY tweeted Thursday that fire marshals have determined that an ignitable liquid was used in Wednesday's fire in a two-story house in Queens.

Sources say a man poured gasoline in the kitchen and then set it on fire. According to sources, the man was reportedly a close friend of the family that lives at the home and the victims were from out of town.

#FDNY Fire Marshals have determined that yesterday’s fatal fire at 23-49 93 St #Queens was incendiary - an ignitable liquid was used as an accelerant. There were 3 fatalities and two critically injured in the 2-alarm fire. The investigation is ongoing. pic.twitter.com/kL6DpgDZjK

“Unfortunately it’s a sad afternoon here in East Elmhurst," said FDNY Commissioner Daniel A. Nigro. "It’s quite unusual at that time in the afternoon to have a fire trap five occupants in a private dwelling. The first call we received came from the occupant of the first floor apartment in that home who heard an alarm going off and called 911.”

A GoFundMe page has been set up for the family.

The investigation is continuing.