The history of ticker-tape parades in New York City 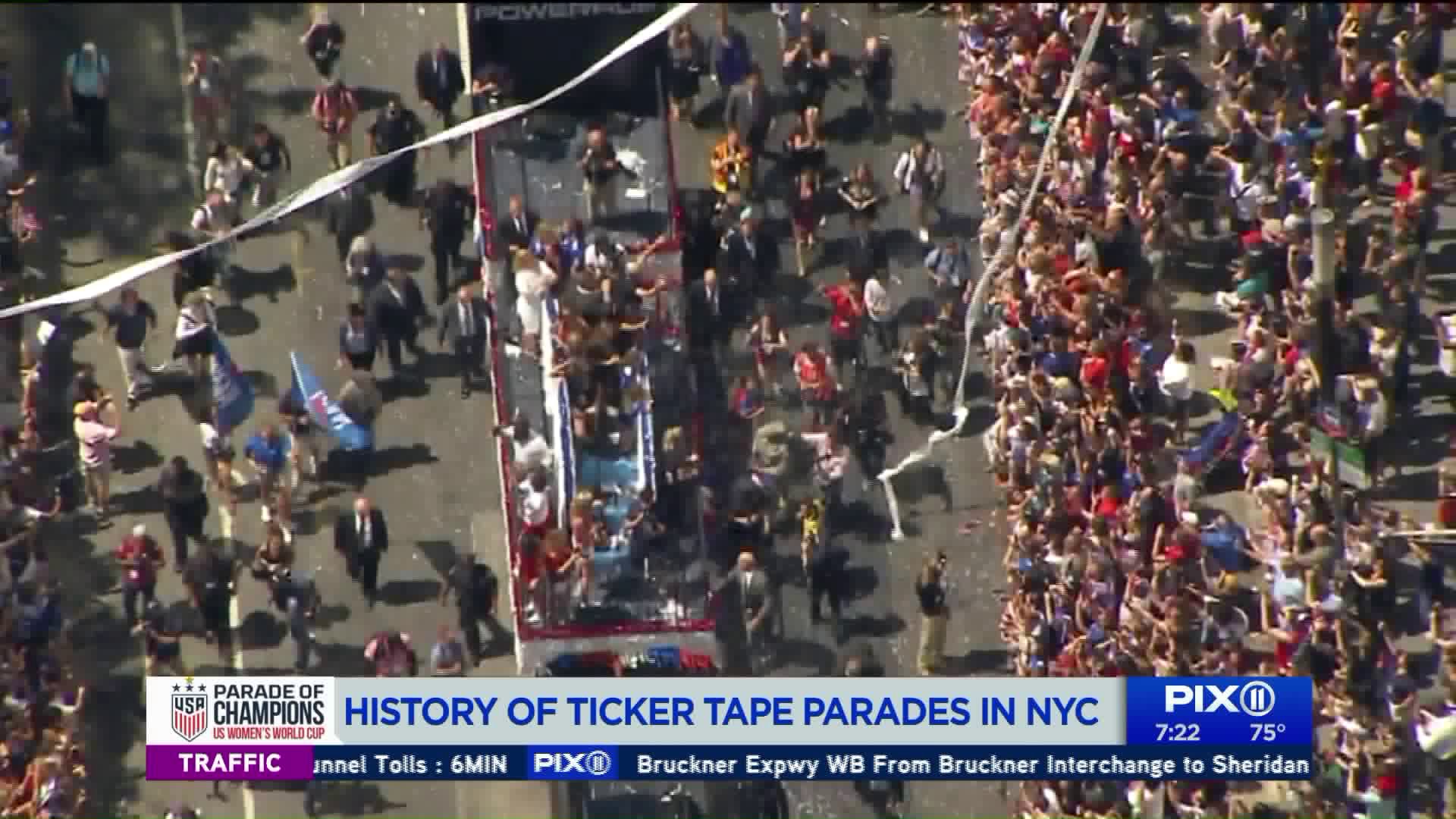 As the city gears up to celebrate the U.S. women`s soccer team and their World Cup win with a ticker-tape parade up the "Canyon of Heroes" in downtown Manhattan Wednesday, we`re looking back at New York`s history of ticker-tape parades.

New Yorkers are celebrating the U.S. Women's National Team and their Women's World Cup win with a massive ticker-tape parade Wednesday morning. The parade is the 207th procession of its kind in the city's long history of celebrating heroes in such a way.

The U.S. women's soccer team was first honored with a ticker tape-parade for their 2015 World Cup win. It was the first time a ticker-tape parade honored a woman’s sports team.

The ticker-tape parade dates back to 1886 with the impromptu celebration of the Statue of Liberty's dedication.

The unique celebration became a traditional celebration of triumph. In the past, fans threw large amounts of shredded paper (originally ticker tape, but not typically confetti) from nearby office buildings windows onto the parade route.

In past decades, popes, kings, queens, astronauts, and veterans have received similar treatment. For the thousands of fans and spectators that lined the way, they were witnessing history.