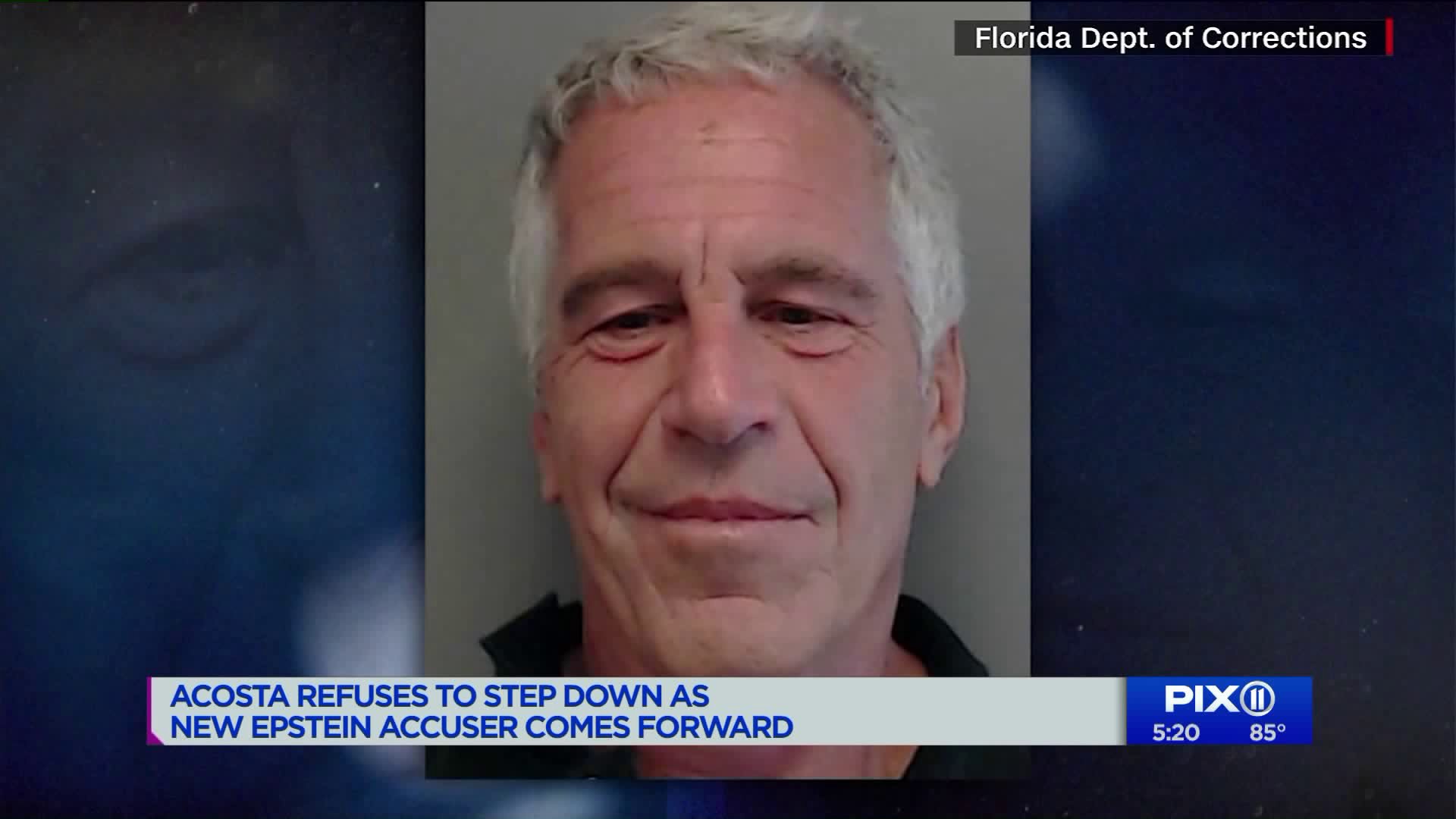 A new accuser of Jeffrey Epstein said Wednesday that the wealthy financier raped her in his New York mansion when she was 15. Jennifer Araoz filed court papers seeking information from Epstein in preparation for suing him, and she aired her allegations on NBC`s "Today" show , though she said she hadn`t discussed them with authorities. 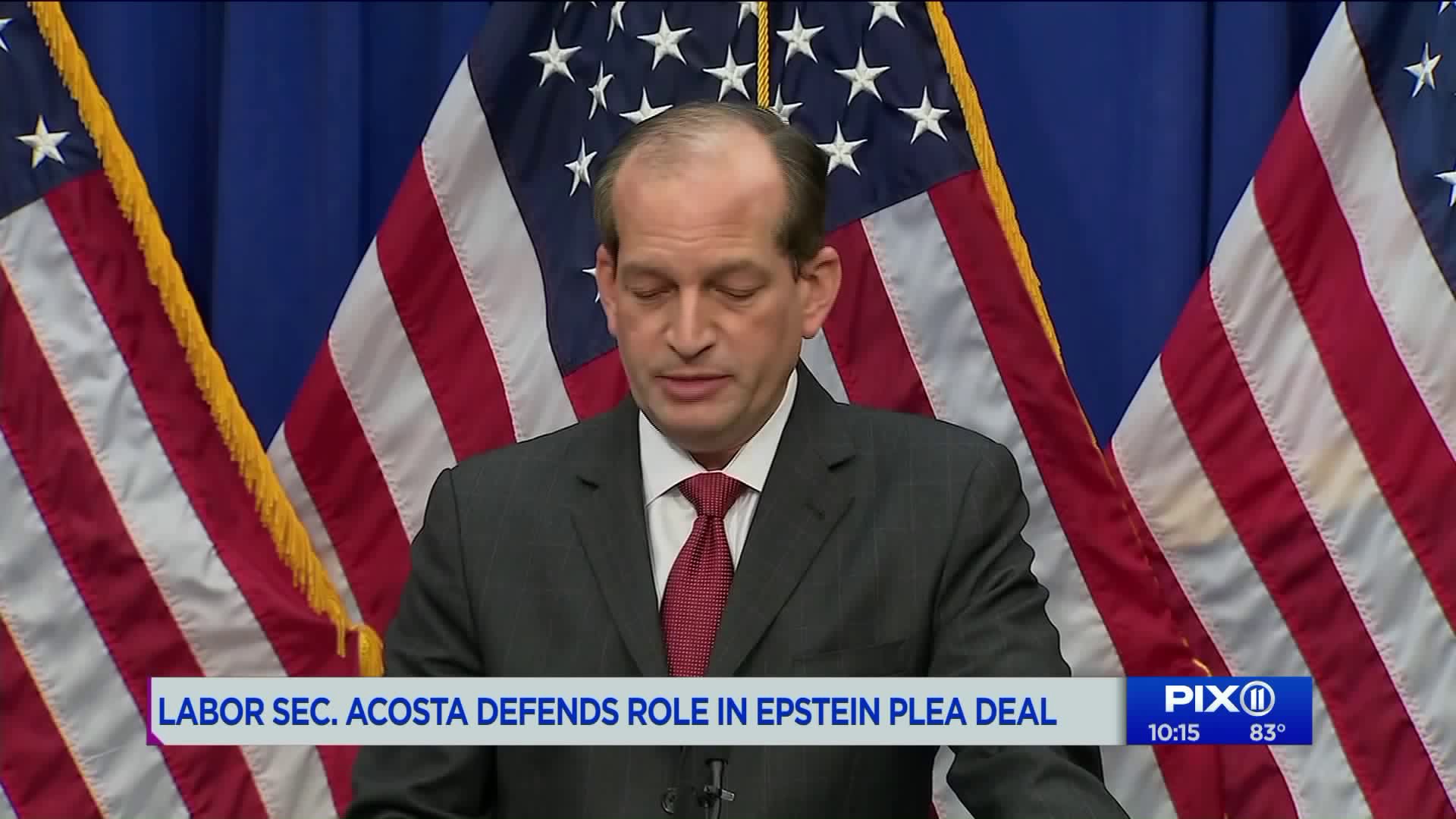 Labor Secretary Alex Acosta maintained Wednesday he secured the best deal he could when he helped prosecute financier Jeffrey Epstein for sex crimes a decade ago, but acknowledged the terms look lenient with the passage of time.

Still, Acosta stopped short of apologizing for -- or even saying that he regretted -- his actions, which have come under renewed scrutiny after Epstein was indicted on fresh sex trafficking charges this week.

And he staunchly defended his relationship with President Donald Trump, who encouraged him to speak with reporters about his role in the Epstein matter amid calls for his resignation. Afterward, officials said Trump remained supportive of his labor secretary.

"Facts are important and facts are being overlooked," Acosta told reporters at the Labor Department in Washington, insisting that his office had secured a reasonable sentence facing an uncertain trial with reluctant witnesses. "These cases are complex, especially when they involve children."

In the afternoon news conference, Acosta cast his decision to negotiate a non-prosecution deal with the multimillionaire Epstein as a catch-22: while the terms were softer than he'd have preferred, it provided a more certain outcome than going to trial, which he said amounted to a "roll the dice" proposition.

Acosta claimed his office intervened when state prosecutors were planning to go after Epstein on lesser charges. He said his priority was ensuring that Epstein went to prison, paid restitution to his victims and registered as a sex offender.

Epstein was ultimately sentenced to time behind bars -- but served only 13 months and was allowed to leave for long stretches to work from his office. He avoided a federal trial, but did have to register as a sex offender.

Acosta framed the terms of the agreement as the product of career prosecutors, not his own. And he suggested that shifts in the way society views victims of sexual crimes meant his actions were being viewed different now than they were a decade ago.

He wouldn't say whether he would make the same decision now.

"No regrets is very hard question," Acosta said, adding later: "You always go back and say 'what if?' What I can say is at the time ... this was the view of the office."

Asked what he would say to Epstein's victims -- many of whom have expressed outrage at the plea agreement's terms -- Acosta did not apologize.

"The message to victims is come forward," he said.

The Epstein case burst back into headlines this week after the financier was charged with having allegedly operated a sex trafficking ring in which he sexually abused dozens of underage girls.

A number of Democrats, including many contending for the 2020 presidential nomination, have called on Acosta to resign.

During a phone call Tuesday afternoon, Trump instructed his labor secretary to hold the press availability, two people familiar tell CNN. The appearance was viewed widely as a performance for the President as he weighs his support for the embattled cabinet member.

Two White House officials said afterward that Acosta handled himself well at the news conference and retained Trump's support. One said Acosta likely gave his defenders more information to counter accusations that he was too lenient in the Epstein case.

Trump said on Tuesday he would look into Acosta's role in the Epstein matter. He has privately said he has confidence in Acosta, according to people familiar with his remarks.

Trump said Tuesday that "a lot" of people were involved in the 2008 case in addition to Acosta.

However, Trump's associates believe that confidence could disappear quickly. The President's longtime friend Chris Ruddy told CNN's Don Lemon on Tuesday that he believes Acosta will be out in a matter of weeks, though he said he has not spoken to Trump about the matter.

Acosta's future in the Trump administration is likely to depend on news coverage of his role in Epstein's plea agreement and how loud the calls for his resignation become, according to people close to Trump.

Acosta does not have a wealth of support in the West Wing and has taken on a low profile, according to officials, so it could be more difficult for him to hang on. But Trump has previously been wary of firing Cabinet officials because it fuels the sense his administration is in chaos.

Acosta insisted Wednesday he enjoys an "outstanding" relationship with Trump and his staff.

"He has publicly made clear that I've got his support," Acosta told reporters, adding he'd received a call earlier Wednesday from acting White House chief of staff Mick Mulvaney meant to dispel reports the two men were in a dispute.

"Our relationship is excellent," Acosta said Mulvaney told him. "Articles to the contrary are BS."