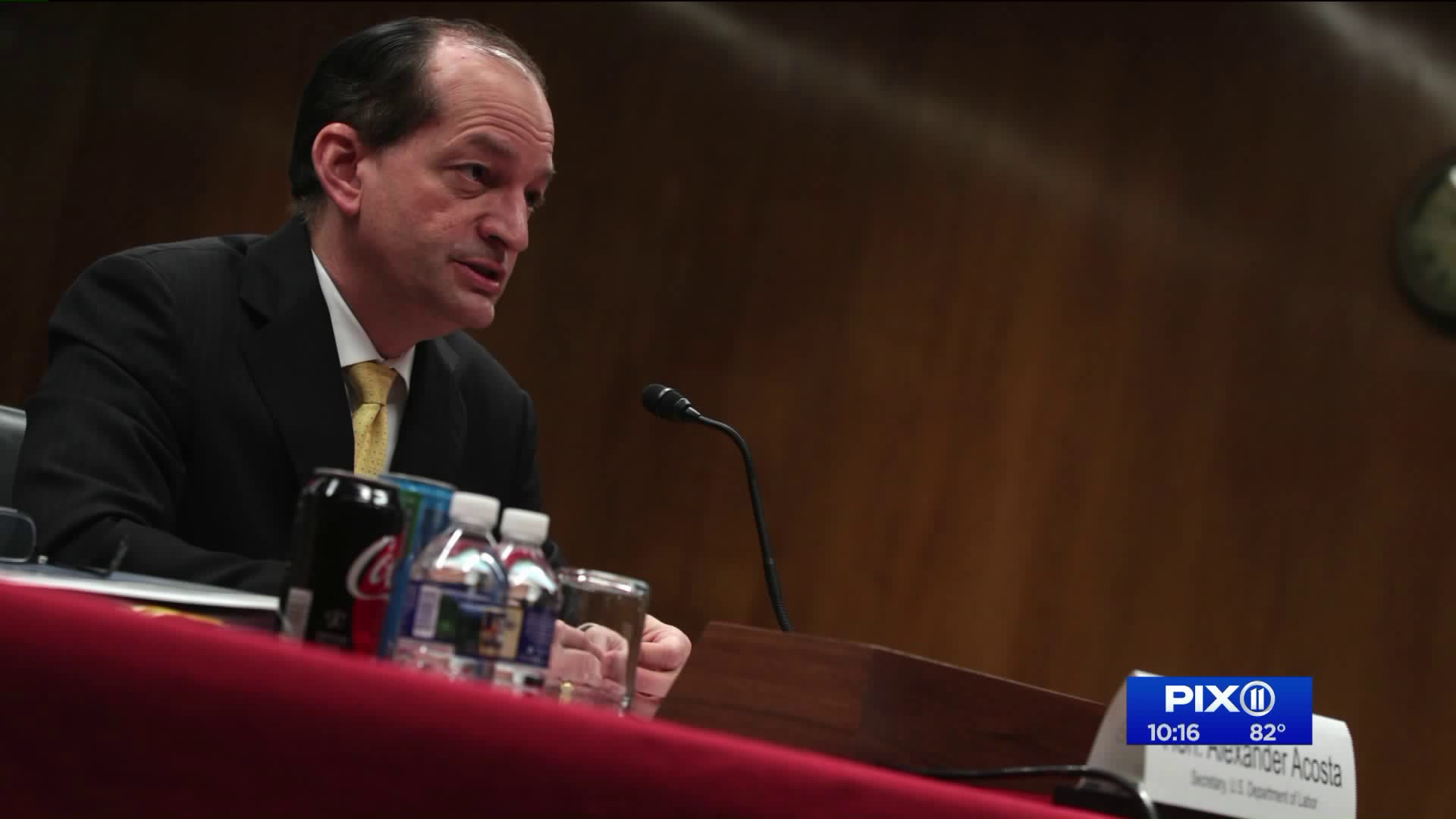 Labor Secretary Alex Acosta, who as US Attorney in Miami oversaw a 2008 plea deal withJeffrey Epstein, defended on Tuesday his handling of the case and tweeted he is pleased "prosecutors are moving forward."

Labor Secretary Alex Acosta, who as US Attorney in Miami oversaw a 2008 plea deal with Jeffrey Epstein, defended on Tuesday his handling of the case and tweeted he is pleased "prosecutors are moving forward."

"The crimes committed by Epstein are horrific, and I am pleased that NY prosecutors are moving forward with a case based on new evidence," Acosta wrote in a series of tweets on Tuesday. "With the evidence available more than a decade ago, federal prosecutors insisted that Epstein go to jail, register as a sex offender and put the world on notice that he was a sexual predator."

In his latest tweet in the series, Acosta wrote, "Now that new evidence and additional testimony is available, the NY prosecution offers an important opportunity to more fully bring him to justice."

Federal prosecutors in New York unsealed a criminal indictment on Monday charging Epstein with having allegedly operated a sex trafficking ring in which he sexually abused dozens of underage girls. Acosta's handling of the 2008 plea deal has come under intense scrutiny in recent months after a Miami Herald investigation. The non-prosecution deal with federal prosecutors allowed the hedge fund manager to plead guilty to two state prostitution charges and serve just 13 months in prison.

The Herald investigation said Acosta gave Epstein the "deal of a lifetime" despite a federal investigation identifying 36 underage victims. The agreement, the Herald said, "essentially shut down an ongoing FBI probe" and further granted immunity to "any potential co-conspirators" in the case.

Top Democrats in Congress and on the campaign trail have in recent days called for Acosta to resign.