Man who spent nearly 30 years in prison shot by police after threatening them with gun: NYPD 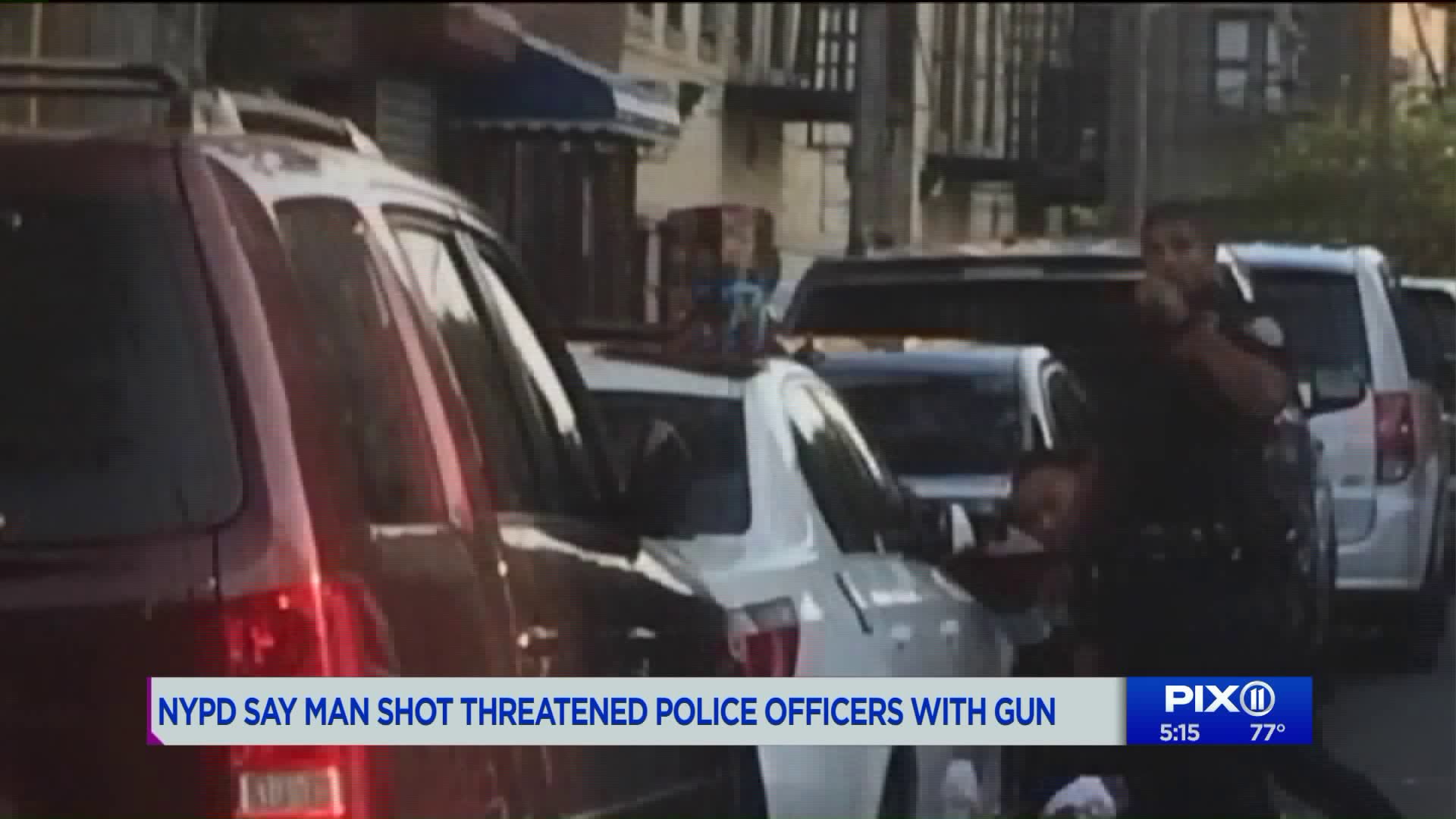 The victim, who is believed to be in his 50s, was shot in the chest and hip after he was wrestled to the ground by NYPD officers from the 44th Precinct at West 166th Street and Summit Avenue around 7 p.m.

HIGHBRIDGE, The Bronx — A man who was recently released from prison after spending nearly 30 years behind bars was shot by police in the Bronx Sunday night after threatening them with a gun, according to the NYPD.

Officers recovered this 9mm gun at the scene of a Bronx police-involved shooting on July 7, 2019. (NYPD)

Ronnie Cole, 58, was seriously injured when he was shot in the chest and hip after he was wrestled to the ground by NYPD officers from the 44th Precinct at West 166th Street and Summit Avenue around 7 p.m.

Sources tell PIX11 that the officers were patrolling the neighborhood as part of an effort to reduce the number of shootings in the area when they allegedly saw Cole breaking the back window of a BMW.

They tried to arrest him, but Cole insisted the car was his.

But NYPD Chief of Department Terence Monahan said the keys Cole had were not for the white BMW and that the car's right, rear window had been broken.

A struggle ensued when the officers tried to arrest Cole.

The officers were wearing body cameras, but in the struggle the cameras shifted so police could only hear to what happened.

"I have a gun," Cole can be heard saying on body camera video, according to Monahan. "Die."

One of the officers said he felt a gun pressed to his chest.

The officer shot twice, hitting Cole in the torso and hip.

"I thought he was going to shoot me," the officer can be heard saying to other cops on body camera video, according to Monahan.

The victim, who police say was armed with a semiautomatic 9mm gun, was rushed to NYC Health + Hospitals/Lincoln in serious condition. He was still in surgery several hours after the shooting.

The two police officers involved were also treated for ringing to the ears.

"This incident, once again, demonstrated the dangers of police work and how quickly incidents can escalate," Monahan said.

Cole was just released from prison in April after serving nearly 30 years for several violent crimes, including armed robbery.