Pedestrian killed in 2 car collision in Harlem, arrest made 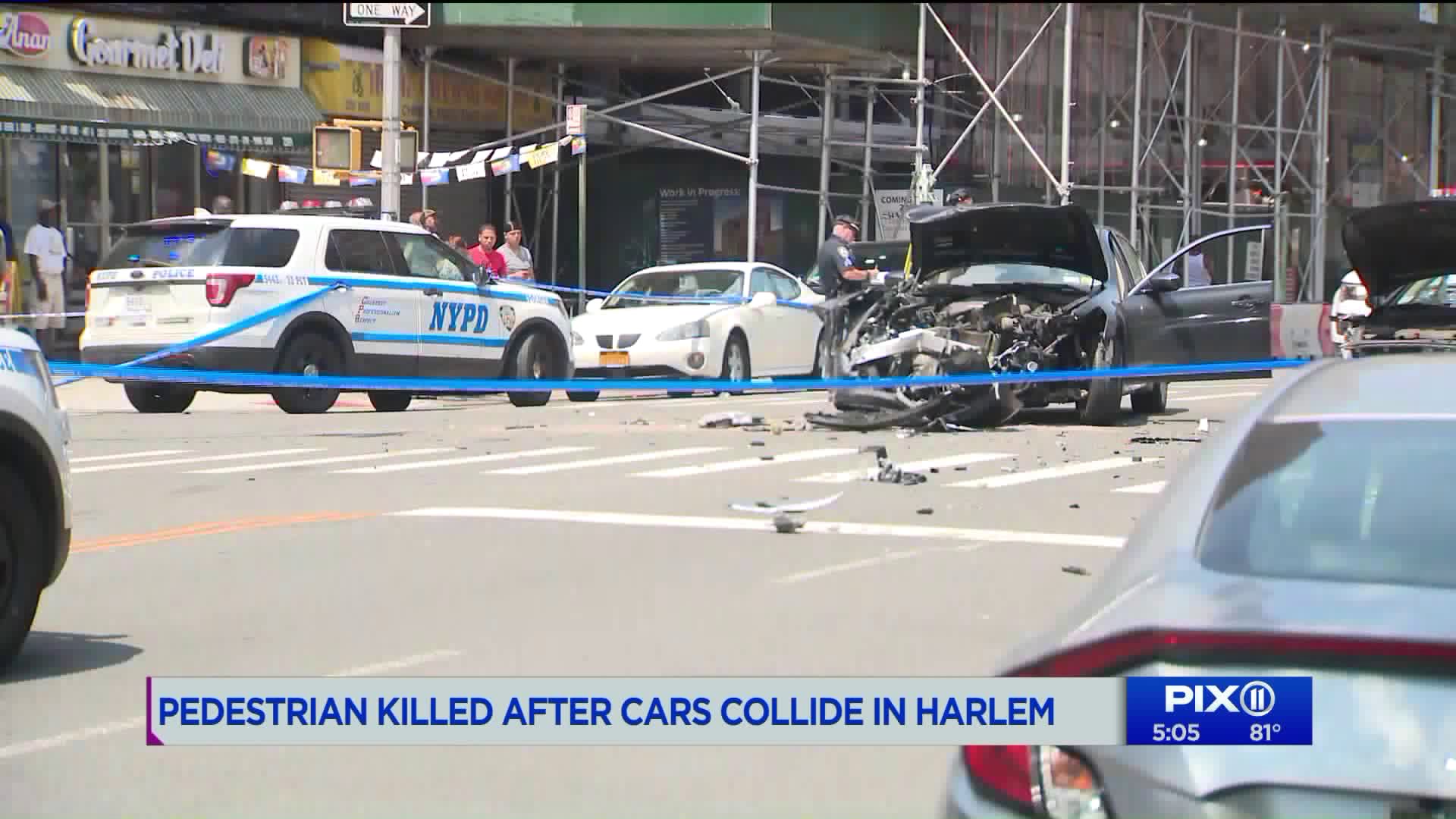 Witnesses say two cars were heading south at 128th Street at Frederick DouglassBoulevard when they collided and struck a pedestrian just before 2 p.m. The two drivers were taken to the hospital because of their injuries.

HARLEM, Manhattan — Police have arrested one of the drivers involved in the two car collision that killed a pedestrian on Sunday afternoon in Harlem.

Witnesses say two cars were heading south at 128th Street at Frederick Douglass Boulevard when they collided and struck a pedestrian just before 2 p.m.

“I saw the black Honda come into contact with the Infiniti and the guy went up on the Infinity,” Dameon Jones, an eyewitness, told PIX11 News. “He was on a push scooter."

Police say the vehicle was a Hyundai, and was traveling south in a northbound lane and did not stop at a red light, colliding with an Infiniti making a left turn onto Frederick Douglass Boulevard.

After colliding with the Infiniti, the Hyundai struck the pedestrian, Cleo Fields, 65. He was thrown in the air and landed on a parked car that was also struck by the Hyundai.

The pedestrian was pronounced dead at the scene.

The driver of the Hyundai, 71-year-old Alpha Diallo of the Bronx, has been arrested and is facing charges including manslaughter, reckless driving, and reckless endangerment, police said Monday.

Witness John Smith saw the accident after he left church.

“His leg was twisted one way, his body the other way,” John Smith, an eyewitness, told PIX11 News. “He died on impact."

The two drivers were taken to the hospital because of their injuries. Officers took measurements and interviewed people at the scene all afternoon.

“I mourn for the pedestrian," Jones told PIX11 News. “I just wish people would be more cautious how they drive."