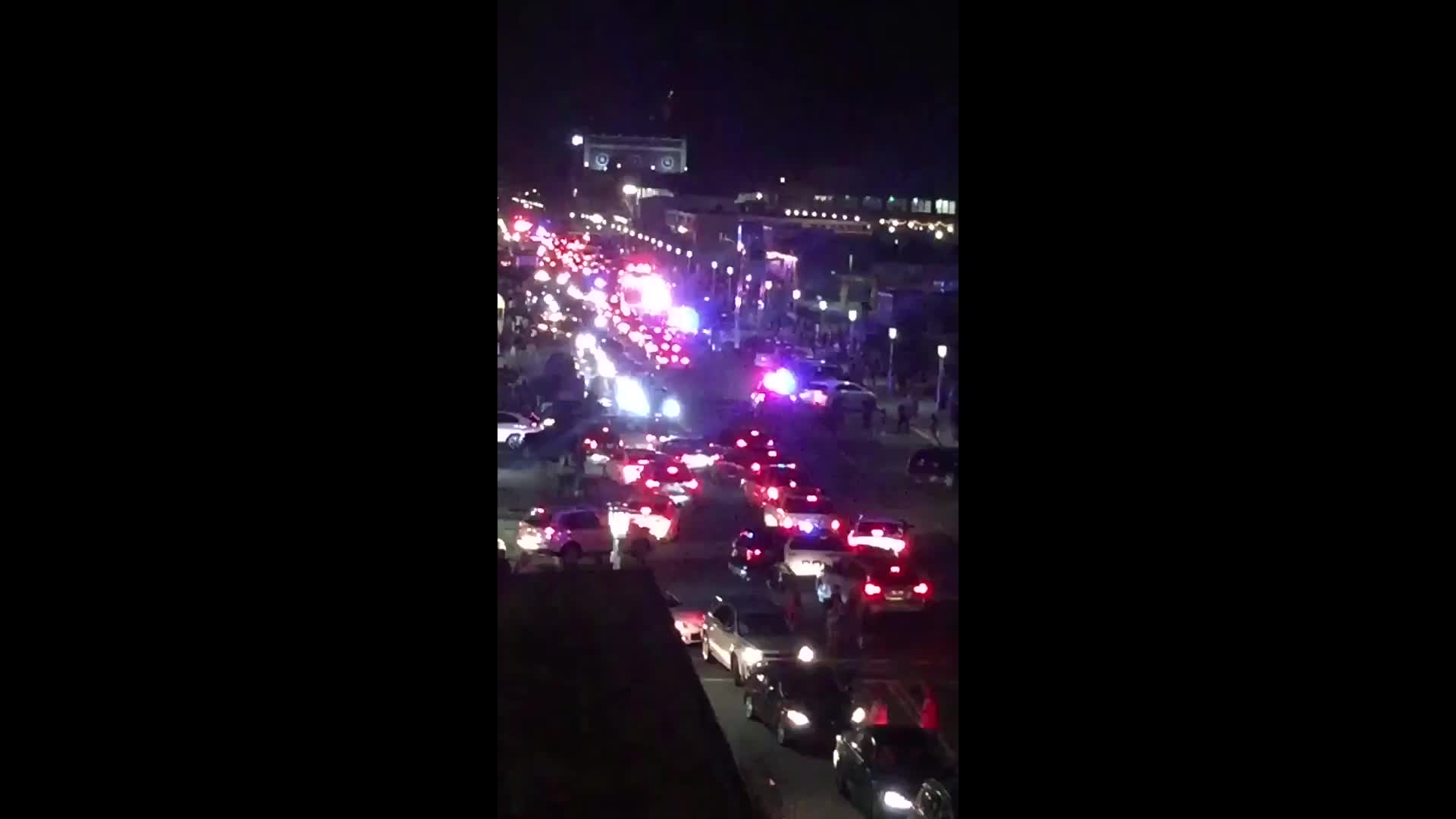 A teen was taken into custody in connection to a shooting at a New Jersey boardwalk during July 4 celebrations. (Twitter: TheNiniD)

FREEHOLD, N.J. — A teen was taken into custody in connection to a shooting at a New Jersey boardwalk during July 4 celebrations.

The shooting occurred just before 10 p.m. on the Asbury Park Boardwalk near First and Ocean avenues, Monmouth County Prosecutor’s Office said. Two women were injured when the shots were fired.

A 55-year-old employee of a nearby business on the boardwalk was taken to a local hospital for non-life-threatening injuries, prosecutors said.

A 25-year-old woman walking along the boardwalk at the time of the shooting sustained a minor wound and refused treatment at the scene, officials said.

A woman celebrating July 4 festivities in Asbury Park captured the moment police cars and emergency vehicles drove through traffic and shared it on Twitter.

Manalapan Township Police Officer Kyle Williams was on scene working as security for the fireworks display at the time of the incident and arrested a 16-year-old juvenile, authorities said.

The Asbury Park teen faces a charge of second-degree unlawful possession of a handgun.

Anyone who feels the need to remain anonymous but has information about a crime can contact Monmouth County Crime Stoppers confidential telephone tip-line by calling 1-800-671-4400; can text "MONMOUTH” plus their tip to 274637; or, they can email a tip via the website at http://www.monmouthcountycrimestoppers.com.