Helping the homeless by connecting 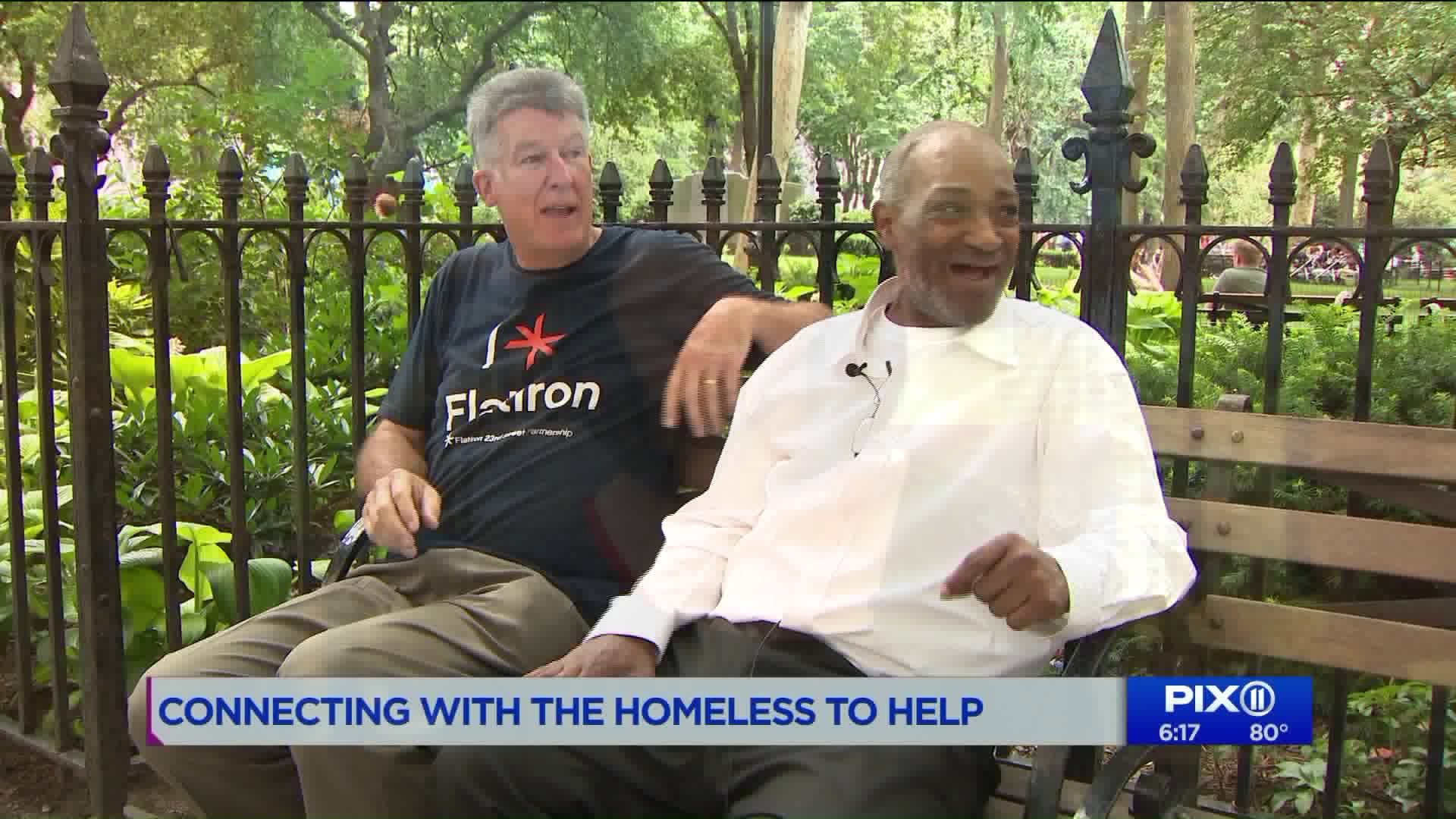 Two groups helping the homeless in the city are doing more than finding them housing.

FLATIRON DISTRICT — Two groups helping the homeless in the city are doing more than finding them housing.

One man says they saved his life.

Urban Pathways is in action reaching out to the homeless at Madison Square Park. Their goal to make connections with the homeless to build relationships and get them into housing.

They see the same folks for years, getting to know their names and their story.

Urban Pathways outreach team is a partner with Flatiron/23rd Street Partnership Business Improvement District, which among many things helps keep the area clean and safe.

Scott Kimmins, who patrolled this area for 20 years as a New York police officer, is now back on the streets in the flatiron district helping those in need. “We try to help the homeless population and get them shelter or whatever they need.”

But one thing they need is a connection- and that's what he made with Robert Offley.

Robert was homeless for nearly 20 years, sleeping on a bench in Madison Square Park for over a decade. What set him on that path? “I had a bad breakup with my wife, lost my kids and was using drugs for years.”

Time after time, Urban Pathways tried to convince him to let them help. It wasn’t until Robert had brain surgery that he finally realized he looked forward to seeing the people from Urban Pathways. He gave them a try.

They took him to a safe haven, which he loved, and then were able to get him permanent housing in the Bronx.

It's now been three years since Robert has had his own place. Which he says it absolutely fantastic.

Over the past year, Urban Pathways has helped nearly two dozen homeless people in the Flatiron find a place to live.