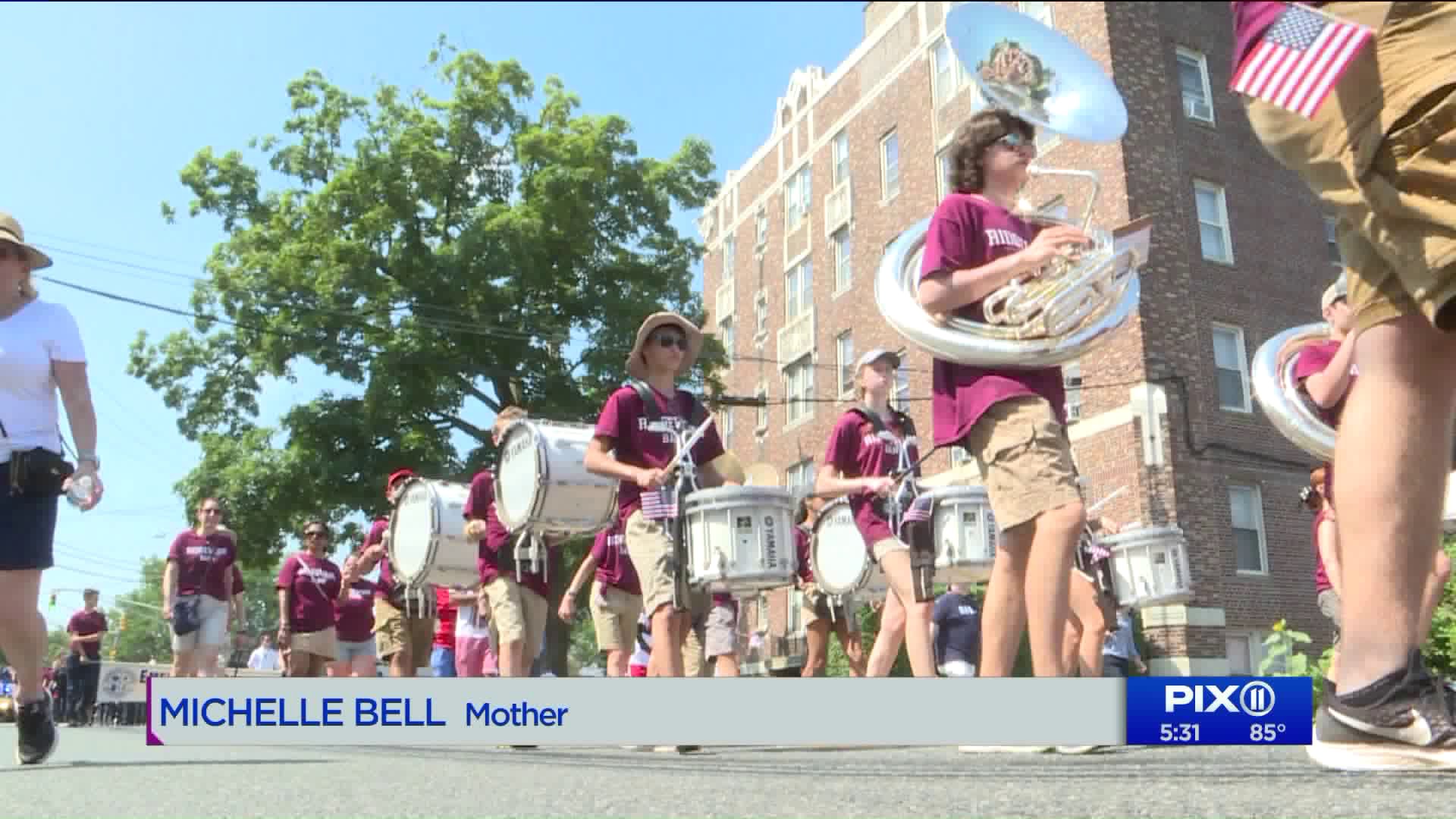 Ridgewood celebrated this year`s Independence Day in a big way, putting on one of the biggest parades in the region, complete with some really cool vintage cars.

RIDGEWOOD, N.J. — Ridgewood celebrated this year's Independence Day in a big way, putting on one of the biggest parades in the region, complete with some really cool vintage cars.

The festivities kicked off at 10 a.m. on Godwin Avenue where a massive American flag flew overhead.

"I think the parade is awesome the kids are loving it," said mom, Michelle Bell.

Her 4-year-old was most impressed by the giant boat replica that cruised down Ridgewood's main street. The impressive boat replica gave a ride to dozens of kids from Travell Elementary School.

New Jersey Congressman Josh Gottheimer road through town in an electric red 1965 Mustang convertible, but hopped out to personally greet vets along the route.

"I just got to shake hands with a World War II veteran and a Korean War veteran to say thank you for our democracy because we are standing on their shoulders," he said.

The village of Ridgewood gave this year's mile-and-a-half march the theme: "all American summer."

"It’s nice to see everyone out. Everyone is having fun and it’s just nice to have patriotism," said Lauren Pendergast, another parade reveler.

Celebrations will continue with fireworks, food and music at Veterans Field beginning at 6 p.m. Gates close at 9 p.m.