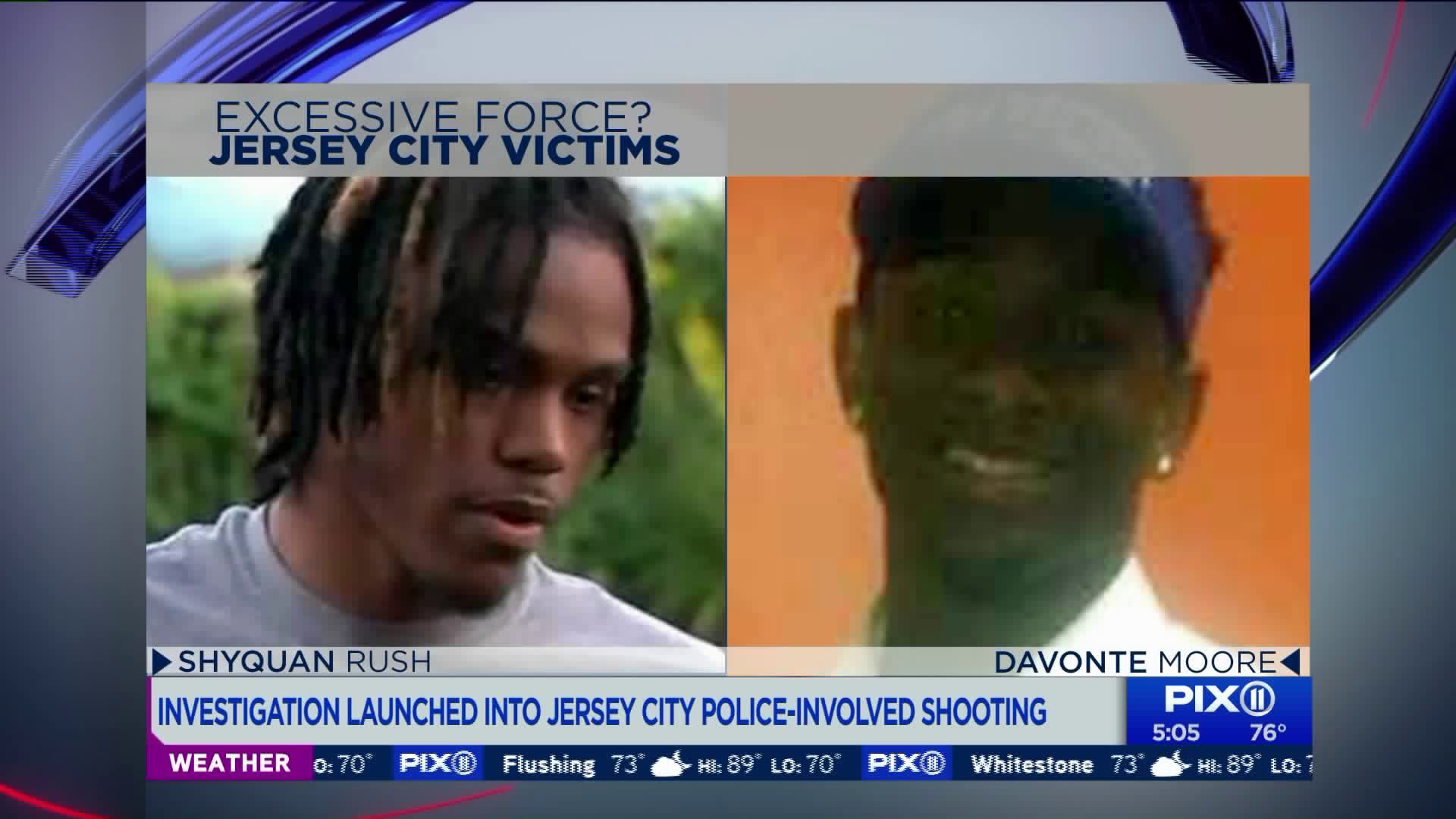 Lawyers for two reportedly unarmed men wounded in a barrage of bullets fired by three Jersey City police officers Monday night, say they`re launching an indpendent investigation into the incident, claiming the two men were shot at from behind while unarmed, and that the officers used excessive force.

JERSEY CITY, N.J. — Two unarmed men, wounded in a barrage of bullets fired by three Jersey City police officers, have lawyered up, according to a release from the Law Office of Thomas R. Ashley.

The men, 19-year-old Shyquan Rush and 21-year-old Davonte Moore, were shot in their legs multiple times Monday night on Randolph Avenue when police confronted them for setting off fireworks in the street, witnesses said.

The response by the three cops resulted in a barrage of bullets that struck not just the two men, but nearby homes and cars.

Rush was also shot in the leg in the incident.

The lawyer also claims each of the men was "shot from behind while unarmed," in the release.

Thus far, Jersey City officials have only released a written statement saying they are investigating after the officers discharged their weapons and the two men were injured, but that there are no indications of any violations on the officers' part.

However, the victims' attorney's statement says "It is absolutely clear that the Attorney General's guidelines prohibit excessive force against citizens who are unarmed and pose no threat whatsoever to police officers or to the public."