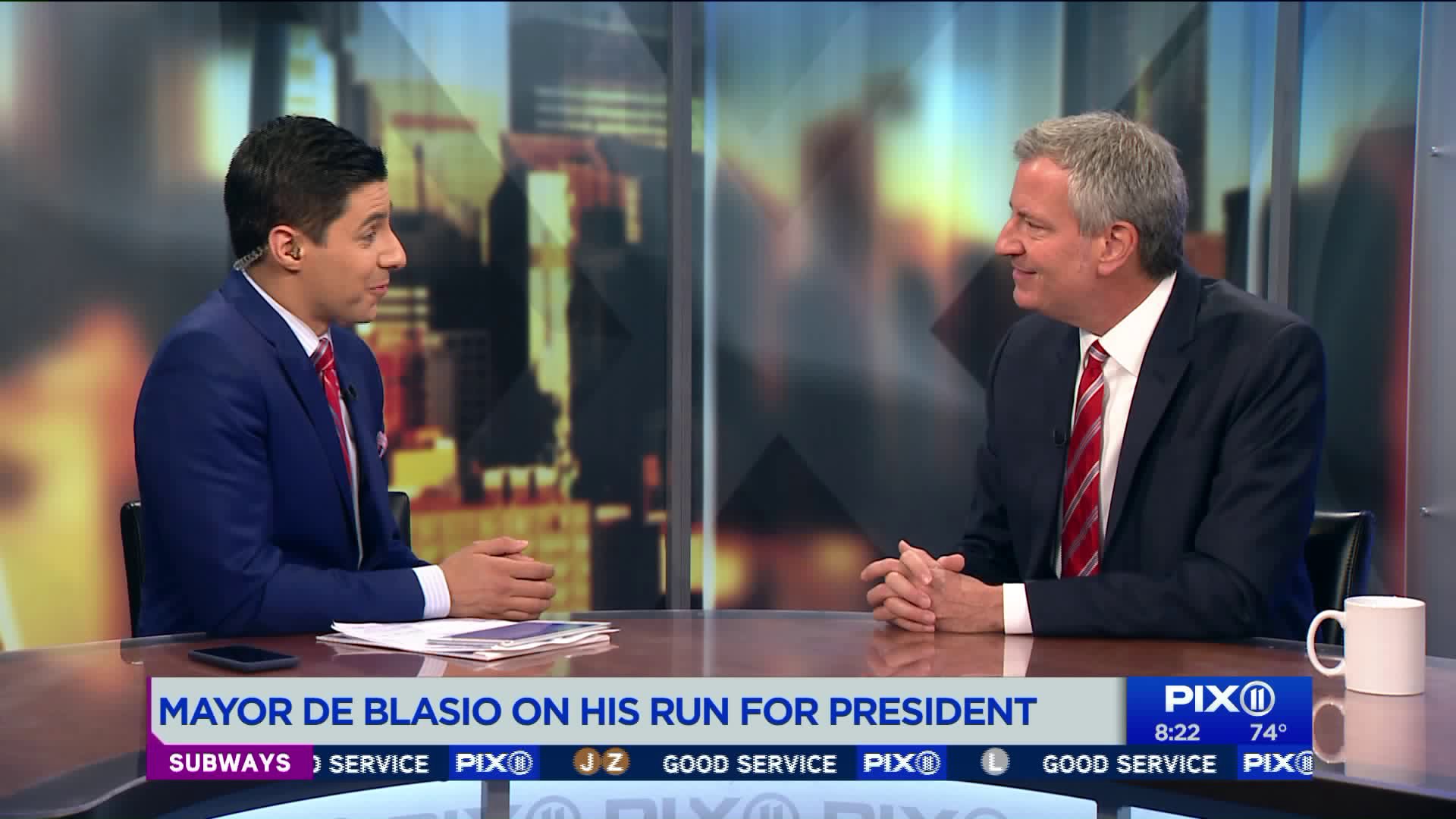 Recent polls showed Mayor de Blasio`s numbers to be the same following last week`s debate. Is he nervous about where he stands in race alongside frontrunners, such as former Vice President Joe Biden and Calif. Senator Kamala Harris? He tells Dan Mannarino "Rome wasn`t built in a day" and he wants the nation to see what he`s done for NYC and the working-class people.

NEW YORK — After last week's Democratic debate in Miami, New York City Mayor Bill de Blasio's ratings on the national polls remain the same at about 1%. Despite his ratings remaining the same, he tells PIX11 he remains positive with how his campaign is going.

"Rome wasn't built in a day," and "it takes time for people to get to know me," especially since he was the last Democrat to announce a 2020 bid, he said.

De Blasio noted that polls will see "massive swings" in the next months and says his numbers will increase "as I get a chance to introduce myself and talk about what we've achieved in the city."

"I think you're going to see constant change and as I get a chance to introduce myself and talk about what we've achieved here in New York and that's really the difference. Other people have great ideas, I respect them, but we put these ideas into action – safest is big city in America. We’ve done so many things here that have changed people's lives, working people's lives. When I say working people first, I can prove I’ve done something about it and I think people are going to hear that," he said.

He also believes that if Democrats want to win in 2020, they need to focus on "kitchen table issues," including healthcare and health insurance for everyone, which is what he's highlighting in his campaign.

"They want to know their government is going to be on their side," he said, arguing President Donald Trump won after campaigning he'd fight for the working class, but in actuality "Trump is taking care of the 1%."

When it came to monetary contributions for his 2020 campaign, he said there has been an increase in funding since the debate, and fundraising information will be made public on July 15.

During the debate, Harris sparred with Biden over his civil rights record. Biden was widely criticized for his past efforts to block busing and working with segregationists. She said Biden had worked to prevent the Department of Education from integrating school busing during the 1970s, and that decision hurt a little girl in California.

"That little girl was me," Harris said with emotion swelling in her voice. "So I will tell you that on this subject, it cannot be an intellectual debate among Democrats. We have to take it seriously. We have to act swiftly."

When asked if the former Vice President should have apologized for his actions, de Blasio was quick to say Biden "missed the opportunity" to admit his mistakes and his poll ratings dropped because of that.