Some marchers say Pride could’ve been more efficient, but organizers say everybody got heard 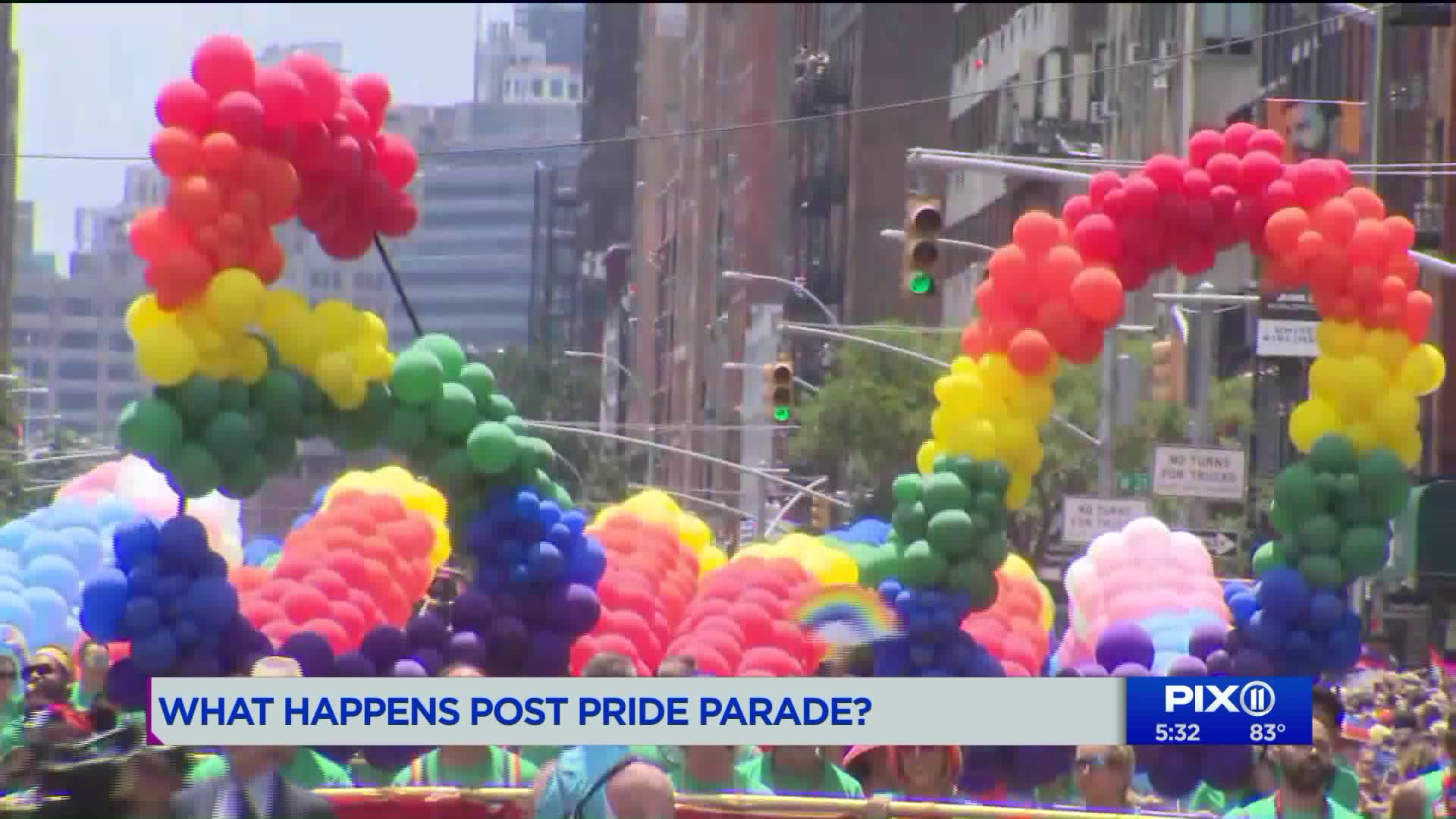 The smiles, the dancing, the wow of the marchers who had to wait til after midnight to participate indicate that it was still a a good time -- one organizers hope to repeat next year and beyond, on a smaller scale.

WEST VILLAGE — NYC Pride is now in the record books, and while it was a month-long festival of concerts, presentations, exhibits and other activities, its most famous event — the Pride March — could have been carried out differently, some participants said.

Organizers acknowledged that there were some issues, but said that overall, the march went off very well, especially considering that NYC Pride this year coincided with the 50th anniversary of the Stonewall Uprising, as well as with the World Pride Festival.

To put the situation in perspective, more people attended or participated in the NYC Pride March than live in Los Angeles, the second largest city in the country. Four million people were estimated to have been at NYC Pride. L.A. has a population of just under 4 million.

With the event came a lot of joy, pageantry, support, and some frustration.

"It's 8:16," some women in a group of marchers told PIX11 News on Sunday night. "We were supposed to walk at four," they said. They later said that 4 p.m. was their convening time, but they were actually supposed to step into the march at 6 p.m. They didn't end up moving into the parade until after 9:30 p.m., five and-a-half hours after they'd first arrived.

They were among thousands who'd shown up to be in the largest march and parade in New York City history, but who had to hurry up and wait, and then wait some more.

"We just had to call it quits because it was getting too late," said Raad, a psychologist who, along with his husband, have walked in the Pride March for 15 years. This year, after a four hour wait, they had to leave, without being able to join the parade.

Its size and pace were prohibitive, they said. They also felt that the number of corporate floats in the parade overshadowed the presence of groups dedicated to community action.

Both Raad and his husband, who's a medical doctor, work with LGBTQ New Yorkers on health issues. They'd tried to march with a group from the hospital where Raad's husband works.

Raad said that he'd like to see the NYC Pride March return to "what Pride really was." It was "folks who're marginalized on the periphery" and "didn't have a voice," he said. Going forward, he added, "I just hope those folks still have a voice in the parade."

Cathy Renna, a spokesperson for NYC Pride who worked closely with the main organizers of the event, said that part of the reason for the delays was that the organizers wanted everyone to have a voice.

They intentionally included as many groups as possible, without limiting the size of the groups, Renna said, in the interest of promoting the self-esteem of even the most marginalized members of the LGBTQ community.

"At the end of the day," Renna told PIX11 News, "they walked away from this knowing they were a part of history."

Renna further pointed out that the milestone anniversary of Stonewall, along with World Pride, made the task massive. 160,000 people marched on Sunday, according to the NYPD. The number is more than twice the previous record number of participants in the annual event.

She said that the goal this year and every year is to promote healthy sexuality, to advocate for all LGBTQ people, and also to have a good time.

Even among participants who waited hours and hours before stepping off onto the parade route, the smiles, the dancing, and the fabulousness of the marchers showed that they were still having a good time.

"We still want to do it," said the women who'd complained about not having rolled out at 8:16, after having shown up more than four hours earlier. "It's gonna be great," one of them added, laughing.

Renna, the spokesperson and organizer, said that while she's sorry that people had to wait for long periods of time, she was glad that they were able to be part of a world class, unforgettable event, whose size, scale, and milestone status can't be repeated.

"You're never going to see anything like this again," she said.