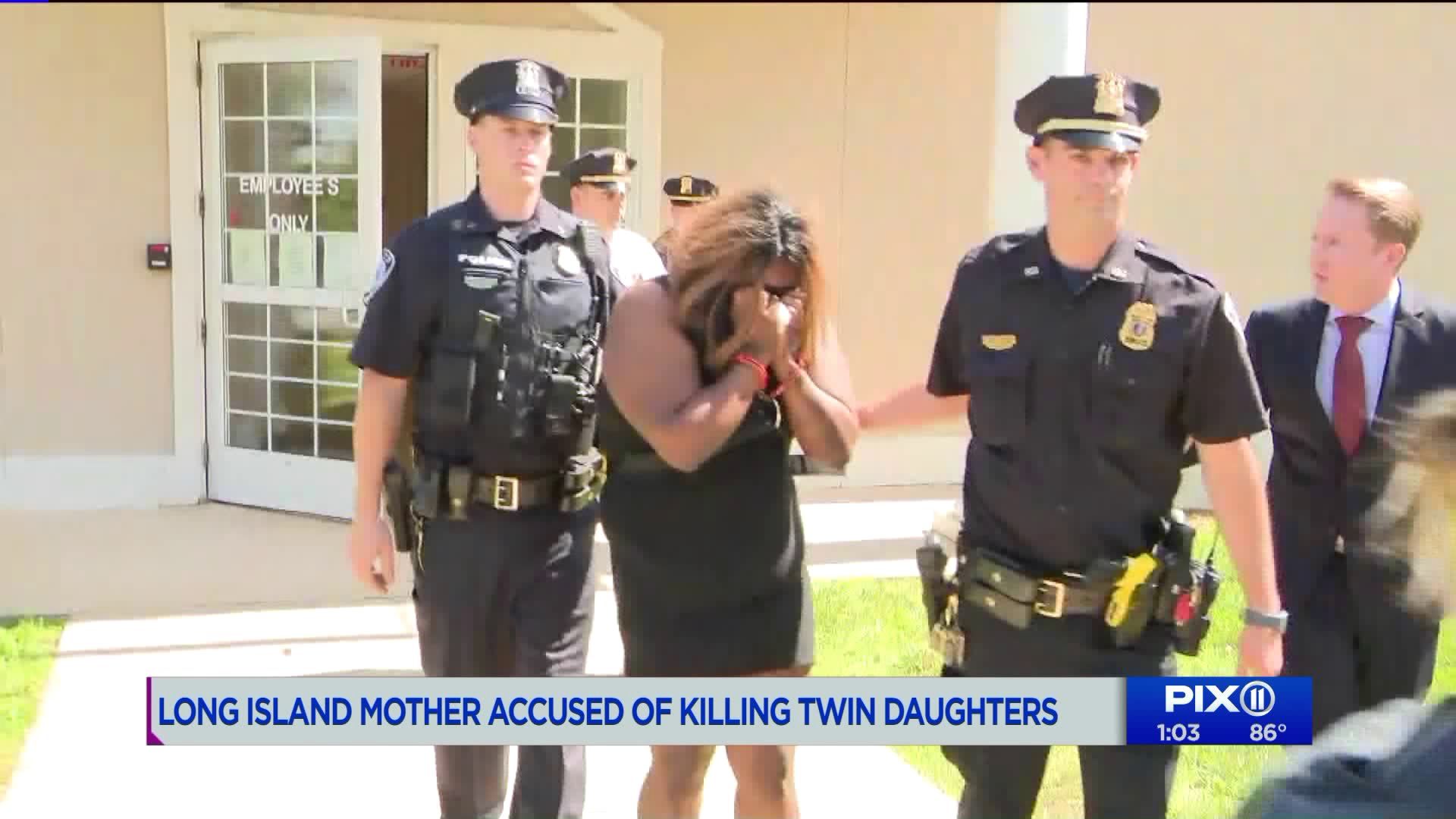 A mother allegedly admitted that she killed her twins with her "bare hands" before attempting suicide by cop, court documents and officials revealed Friday. 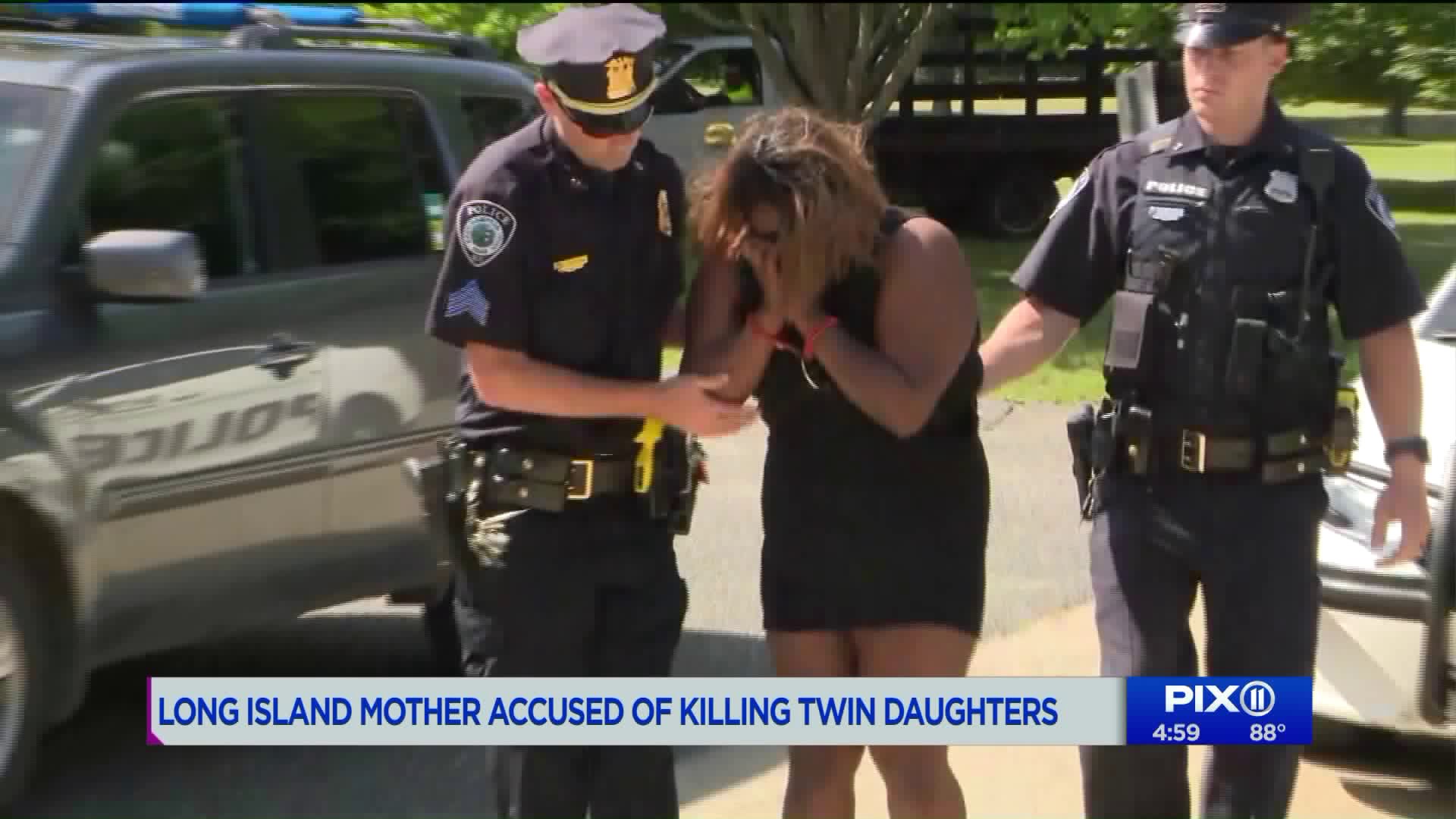 MONTAUK, N.Y. — A mother allegedly admitted to killing her twins with her "bare hands" before attempting suicide by cop, court documents and officials revealed Friday.

Twin girls who were found dead on Long Island on June 27, 2019, are pictured. (Facebook)

Two-year-old Jasmine and Jaida Campbell died after being found in their car seats inside their mother's vehicle at the entrance Montauk County Park hours after a panicked call from Tenia Campbell prompted a multiagency search Thursday afternoon, according to officials.

Tenia Campbell, 24, the girls' mother, allegedly called her own mother, Vanessa McQueen, earlier that day crying hysterically and saying she did not want to live anymore.

McQueen contacted 911 around 2:30 p.m. Thursday, saying her daughter was threatening to kill herself and her granddaughters, officials said.

An Amber Alert was issued as investigators began frantically looking for the girls and their mother. Aviation, highway patrol, the Coast Guard and multiple other agencies assisted in the search.

During phone conversations lasting some two hours between the McQueen and Tenia Campbell, McQueen says in a statement to police that was obtained by PIX11 on Friday that her daughter admitted to killing the twins "with my bare hands."

"I killed my babies and now I have to be with them," Campbell allegedly told her mother.

McQueen's written statement continues, "At one point she said she was going to find the ocean and walk into it and drown so she could be with my babies in Heaven."

Telephonic GPS eventually led investigators find Tenia Campbell, who had left her parked vehicle, with the girls inside, and walked to a highway where she screamed at responding officers, asking them to shoot her.

Officials managed to take her into custody without further incident.

Tenia Campbell is accused of killing her twin daughters on Long Island on June 27, 2019. (PIX11)

The children were found in cardiac arrest and immediately transported to Stony Brook Southampton Hospital, where they were pronounced dead. They had no outward signs of trauma, and the medical examiner will determine how they died, Suffolk County Police Commissioner Geraldine Hart said Friday.

"Unfortunately Jasmine and Jaida's lives were cut short in the most unimaginable way possible," Hart said. "I want to express, on behalf of law enforcement, our sincerest, sincerest prayers and condolences to the Campbell family for this horrific, horrific incident."

McQueen states Tenia Campbell was diagnosed with bipolar disorder, and battled with depression and anxiety her "whole life."

Tenia Campbell has a third child, a 4-year-old boy, who was found safe during the search for the twins, Hart said.

The girls' estranged father has been notified of their deaths, officials said, adding that Tenia Campbell and her mother had been the ones to care for the young girls.