MTA board moves to ban some offenders from transit system 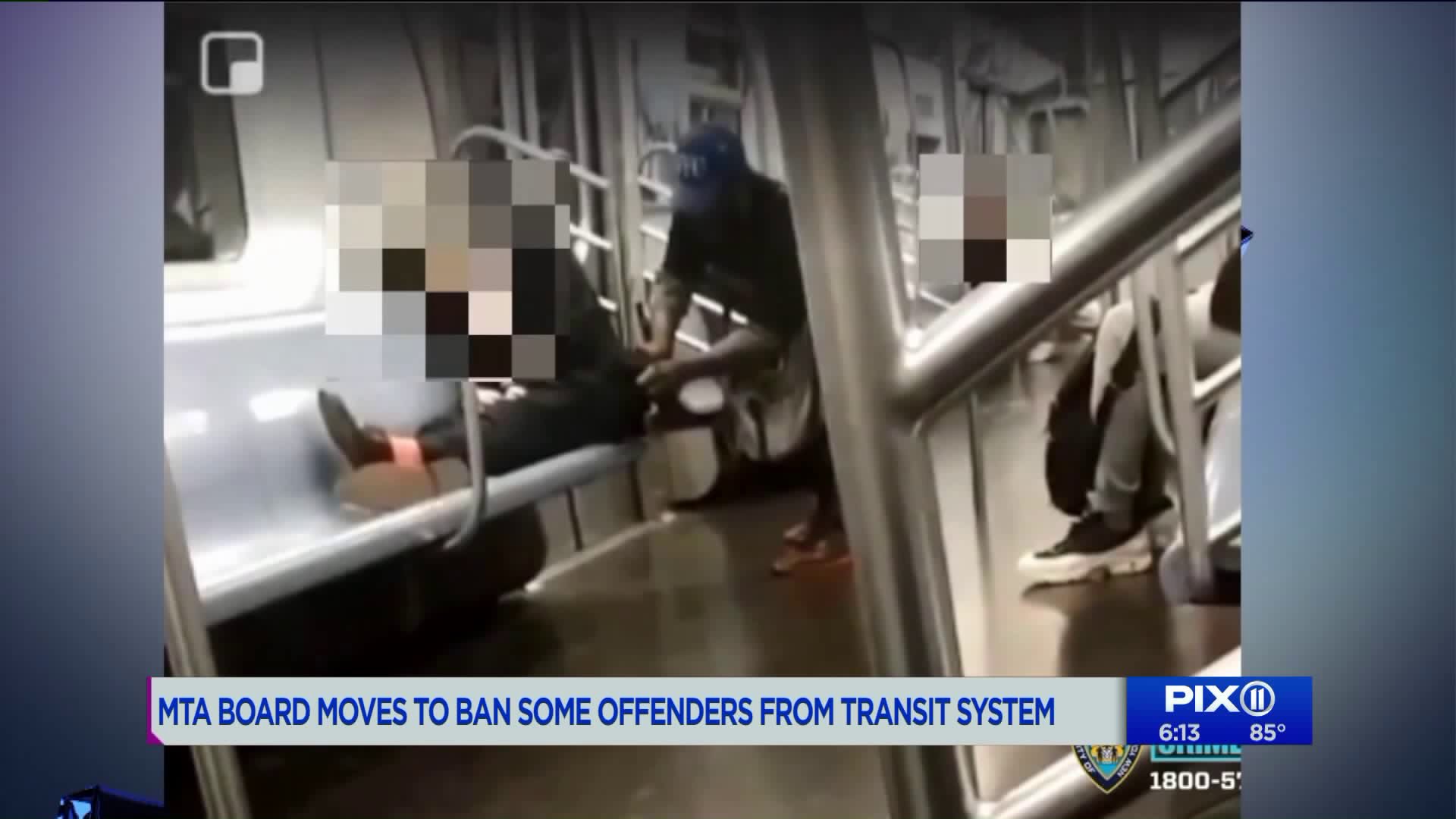 The MTA Board has approved a resolution calling on elected leaders to create a legal mechanism that would allow the agency and courts to ban certain perpetrators for certain amounts of time.

NEW YORK -- Most crimes are down on the subways and buses. But fare evaders and repeat offenders are a persistent problem.

The MTA Board has approved a resolution calling on elected leaders to create a legal mechanism that would allow the agency and courts to ban certain perpetrators for certain amounts of time.

NYPD Transit Bureau Chief Edward Delatorre described the frustration officers feel when they have to watch someone be victimized and it is often by a serial offender.

"The troubling part is there's no case until there's a victim," Delatorre said.

But MTA Board Member David Jones, who also works with an agency that assists people getting out of jail, urges caution.

"Unless we are defining it narrowly, we will sweep people in," Jones said.

Jones and the other board members agreed safety is the number one priority.

MTA Chairman Pat Foye called on the legislature to act and address this small number of repeat offenders.

The state and city have assigned about 500 additional officers to the system. They're also addressing fare evasion, which the agency says is causing the loss of hundreds of millions of dollars every year.

At this past session, the New York Senate passed a bill but the Assembly did not take it up. It will probably come up again in January.