First Democratic debates mark the real start to the 2020 campaign 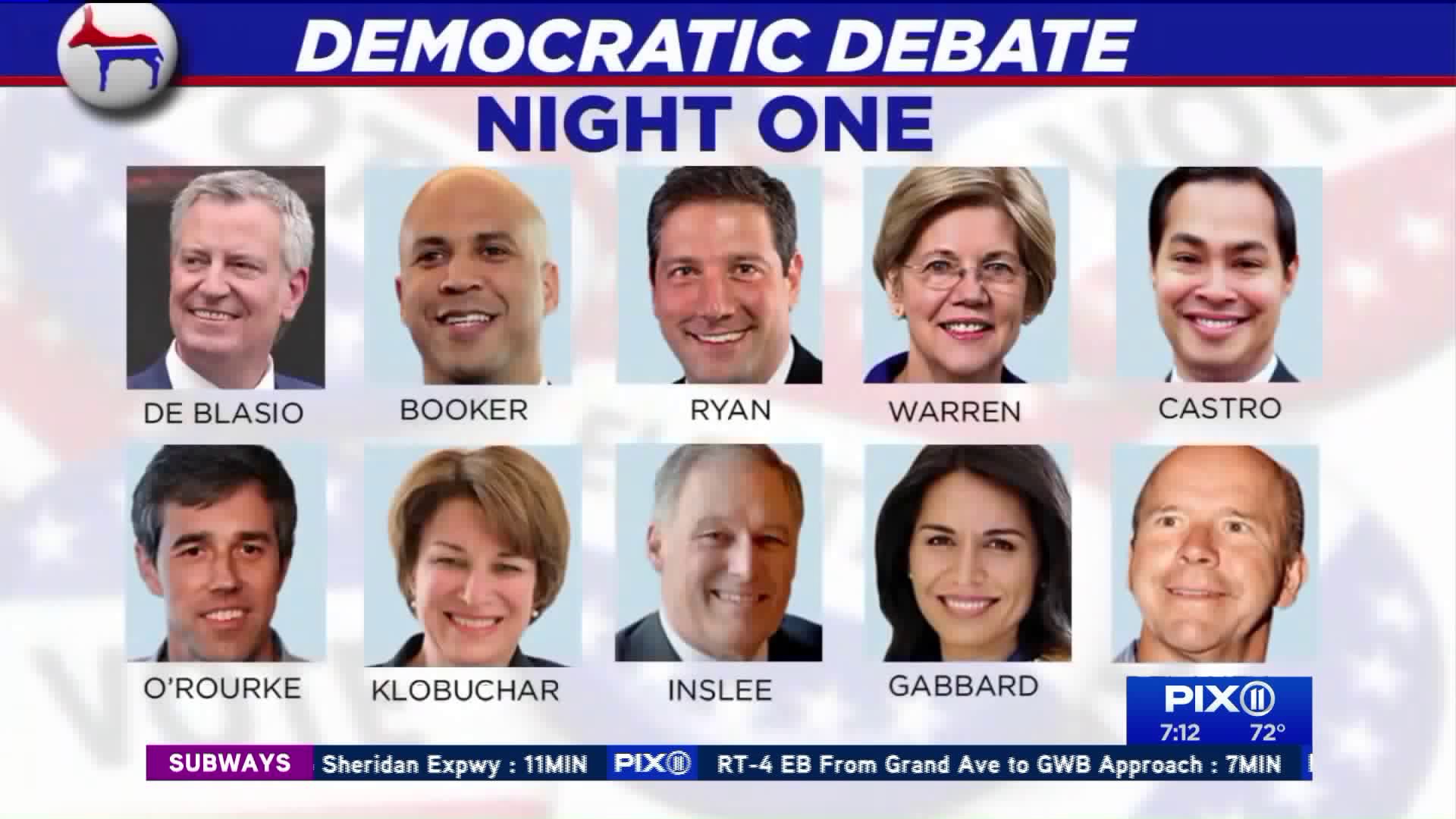 Its the moment that Democrats have been anticipating since the tearful trauma of Election Night 2016 -- when their campaign to make Donald Trump a one-term President really begins. 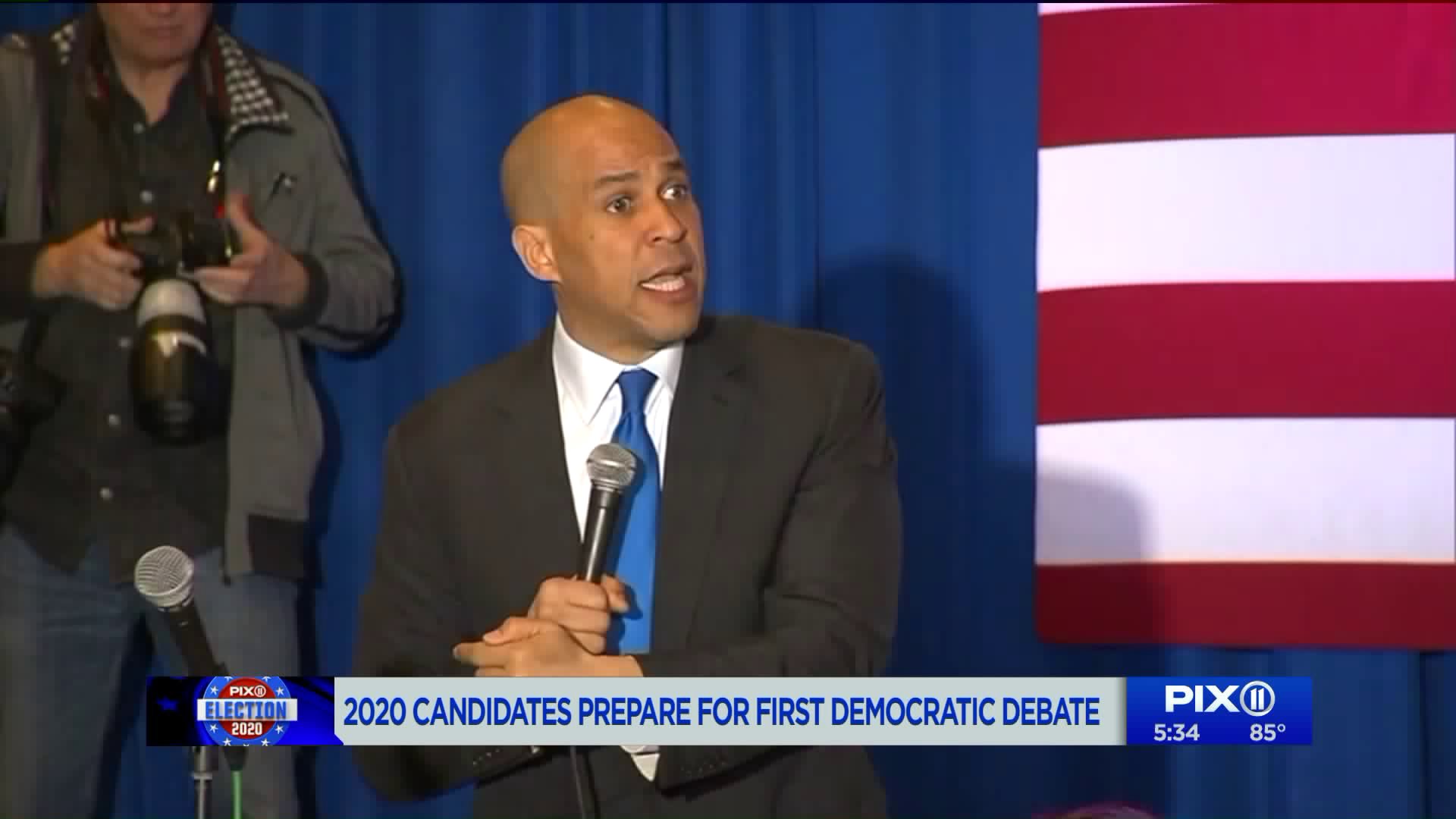 It's the moment that Democrats have been anticipating since the tearful trauma of Election Night 2016 -- when their campaign to make Donald Trump a one-term President really begins.

The opening debates in a pair of crowded showdowns between 20 White House hopefuls Wednesday will grab the first prime time spotlight of a race that has been gathering in intensity in early voting states but has yet to grab national attention.

The debates on Wednesday and Thursday nights will also mark a pivot point in the most turbulent and contentious presidency in modern history and come at a moment of national polarization. A dramatic reminder of that came on the eve of the debates Tuesday, when the Democratic-controlled House Judiciary and Intelligence Committees announced special counsel Robert Mueller would testify publicly on July 17.

"Americans have demanded to hear directly from the Special Counsel so they can understand what he and his team examined, uncovered, and determined about Russia's attack on our democracy, the Trump campaign's acceptance and use of that help, and President Trump and his associates' obstruction of the investigation into that attack," House Judiciary Committee Chairman Jerrold Nadler and House Intelligence Committee Chairman Adam Schiff said in a joint statement.

Over the next two nights in Miami, former Vice President Joe Biden will seek to prove his claim that he's the best equipped Democrat to take on Trump. Sen. Elizabeth Warren can solidify a policy-heavy campaign that is looking increasingly formidable after a rocky start. Sen. Bernie Sanders must show that his "revolution" can make a leap to minority and female voters who spurned him in 2016. More obscure candidates stuck in the pack hope for a breakout moment to distinguish them from a bloated field that threatens to choke their dreams long before votes are cast.

For the lesser known candidates -- like Jay Inslee, the governor of Washington state, or businessman Andrew Yang -- the debates offer a priceless chance to grab recognition, to attract donors and to target the top tier. For those who have yet to truly catch fire despite their Washington celebrity -- like California Sen. Kamala Harris and New Jersey Sen. Cory Booker -- the debates could deliver a jolt of momentum.

Candidates have been circling one another at rallies, at meet-and-greets on the trail and at various forums for weeks. But this week is their first true chance to engage in direct combat and to make their case to a vast national television audience.

Household name candidates must avoid errors and try to project themselves as potential presidents -- even as their more obscure colleagues try to lure them into trouble.

"For the lower tier candidates, they aren't as well known with the audience and this will be the first time we get to see them," said Aaron Kall, director of debate at the University of Michigan.

"For the top candidates, it could be more about how they are going to fare against Trump. How will they handle themselves from the stage and do they have what it takes to beat him?"

A pivot point in Trump's presidency

The first Democratic debates will highlight a vision of muscular liberal government -- to the left of ground vacated by former President Barack Obama -- on the issues voters care most about, including proposed "Medicare-for-All" schemes, paying for college and economic inequality.

But they will also unfold in the shadow of Trump who -- love him or hate him -- has thrust his impossible-to-ignore personal reality show into the lives of every American. He is running for reelection on a platform of economic prosperity and promises kept for the "forgotten Americans" and social and evangelical conservatives who shocked the world and put him in the White House. Trump will relish the chance to pounce on the plans of big spending Democrats to brand them as socialist extremists.

Candidates will take the stage with threats of war -- military and economic -- filling the air. The President is locked in an escalating standoff with Iran. He will try to forge a deal to end a tariff duel with China when he meets President Xi Jinping in Japan -- in the knowledge that fair trade is also an issue that animates Democratic voters.

The debates, hosted by NBC News, may also elevate a push for the President's impeachment by grass roots Democrats and embraced by some candidates. They will also go ahead as accounts emerge of horrible conditions in government camps holding undocumented child migrants that will focus attention on the President's leadership and hardline immigration policies.

This week's clashes will serve as opening skirmishes for CNN debates in Detroit at the end of next month, which will pave the way for the traditional opening of fall campaigning after Labor Day.

So large is the Democratic field -- testimony to perceptions that Trump is vulnerable and the lack of a presidential heir apparent in the party -- that the debates will take place over two nights.

In the first batch of 10 candidates, Warren will be the most prominent contender, alongside other well known candidates including Texas Rep. Beto O'Rourke, Booker, Minnesota Sen. Amy Klobuchar and New York Mayor Bill de Blasio.

And some candidates didn't make the Democratic Party's stringent fundraising and polling requirements to get a spot -- for instance Montana Gov. Steve Bullock. To give all the contenders an equal chance, the Democratic Party wanted to avoid the spectacle of the Republican presidential debates in 2016 which featured a top tier group of candidates and an undercard debate.

Bullock got into the race late, but most Democrats have been on the road for months, courting activists in early voting Iowa and New Hampshire and South Carolina.

This far from the first nominating contest -- the Iowa caucuses in February -- polls only offer a snapshot in time. But Biden, benefiting from his years in the public eye and his association with the still-popular Obama is the front-runner. He opened his campaign by warning that if Trump wins a second term it would mean he would "forever and fundamentally alter the character of this nation."

But in recent weeks, the former vice president has appeared more vulnerable after making several comments -- including one about once working with segregationist senators -- that revived doubts over whether he is philosophically in tune with the younger more progressive sectors of the party.

Biden is an accomplished debater, and was praised for his performances in the 2008 primary campaign, and against GOP vice presidential nominees Sarah Palin and Paul Ryan.

He will be keen to show he still has his fastball on Thursday night and sufficient energy to confound Trump's nickname for him -- "Sleepy."

The elephant who won't be in the room

Trump is not waiting for an opponent. He's been pounding the campaign trail for months.

The President is positioning himself for what is certain to become one of the most negative general election clashes in recent decades and seizing on what he sees as early vulnerabilities of his potential opponents in a campaign in which he would begin as a heavy underdog, were it not for his habit of obliterating conventional wisdom and political logic.

Many presidents ignore nominating marathons on the other side of the aisle to avoid elevating potential opponents and appear as devoted to the less frivolous business of government.

Not Trump. The President filed for reelection on the same day he took office and set the tone for a toxic 2020 general election campaign with his formal reelection launch rally last week.

He will be airborne when the first debate begins at 9 p.m. ET on Wednesday -- heading to the year's most important summit of world leaders in Japan.

But that's unlikely to stop him inserting himself into the Democratic race for president -- a tactic that will in itself test the candidates' capacity to tackle a Machiavellian rival.

The televisions on Air Force One are certain to be tuned to the debate as Trump treks across the Pacific.

Among the iconic jet's many hi-tech capabilities is an Internet link that lets the commander-in-chief tweet wherever he might be around the globe.