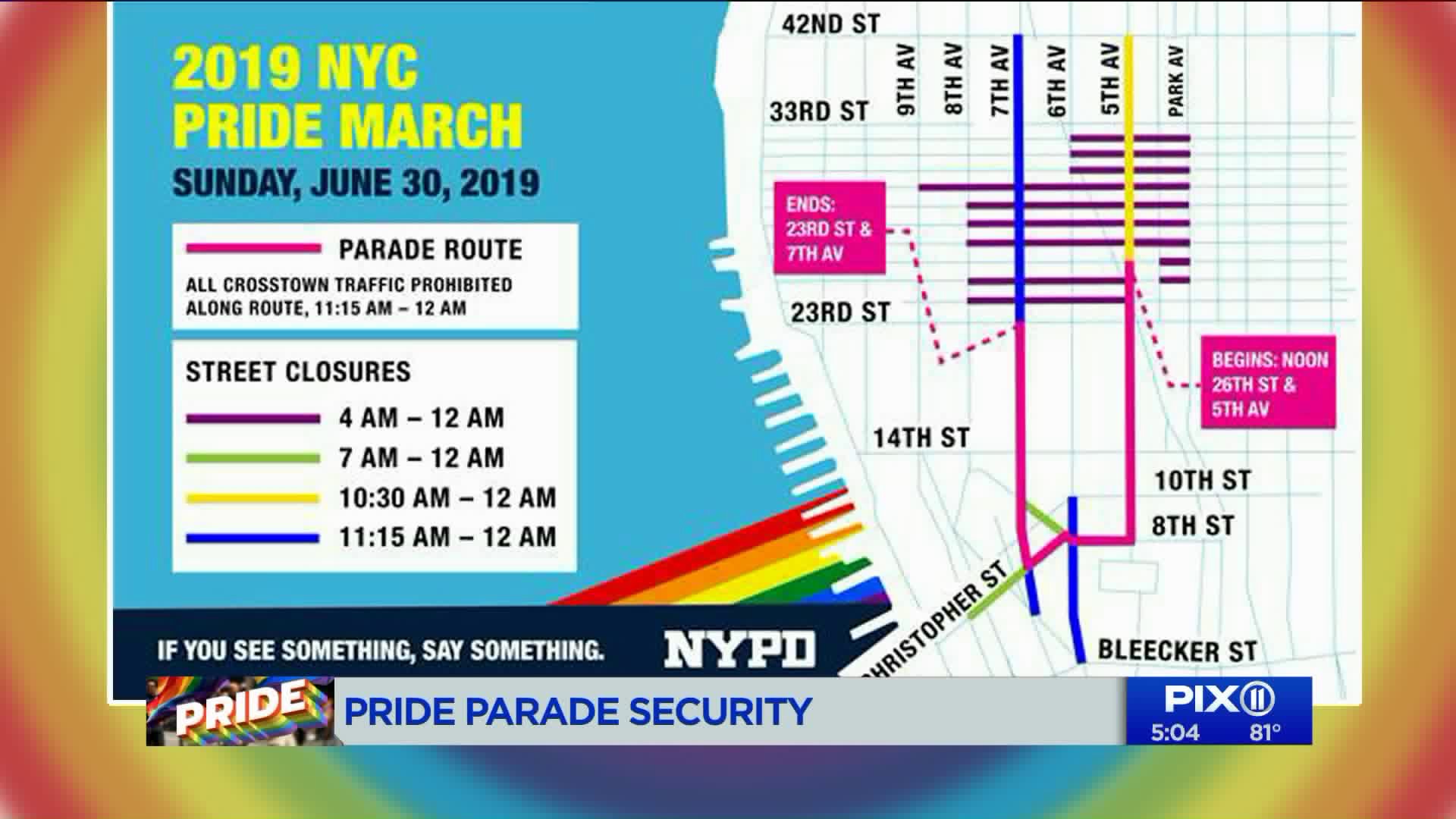 This afternoon, they laid out a comprehensive safety plan from their Joint Operations Center inside 1 Police Plaza.

NEW YORK -- Millions of paradegoers are expected to be in the city for the World Pride March this Sunday -- and the NYPD is amping up security.

This afternoon, they laid out a comprehensive safety plan from their Joint Operations Center inside 1 Police Plaza.

New York City is the first American city to host World Pride. This year also coincides with the 50th anniversary of the Stonewall uprising, widely considered to be the catalyst that started the modern gay rights movement.

The NYPD and Pride March organizers have been planning security for years now, ever since New York was named host city for World Pride.

Compared to previous years’ Pride Marches, there will be a slightly altered route to accommodate the extra people this Sunday.

It steps off at 25th St. and Fifth Avenue, continuing south on 5th Ave. to 8th Street, taking a right on Christopher Street making its way to Stonewall Inn before turning north onto Seventh Avenue ending at 23rd St. and Seventh Avenue.

You are urged to use public transportation.

By 4 a.m. Sunday, there will be restricted traffic and by 11:15 a.m., there will be no cross town traffic from 8th Street to 33rd Street from Eighth Avenue to as far east as Park Avenue.

This year’s march is 3/4 of a mile longer than last year. Organizers are expecting 80,000 more people and there will be 42 more floats. There will also be a closing ceremony 7 p.m. Sunday in Times Square.

NYPD says there are no credible threats.

The Department will have thousands of uniformed and plain clothes officers along the parade route. Blocker cars, sand trucks will be in place. Drones will be deployed in the air. With all that in place the NYPD brass is also asking parade goers to be on the lookout.

“There’s going to be two and half million spectators we ask every one of them to pay attention to what’s going on around you,” said NYPD Commissioner James O’Neill. “There will be cops everywhere, we will do our best to keep everybody safe.”

As always, if you see something, say something. You can also call the counterterrorism hotline at 1-888-NYC-SAFE.