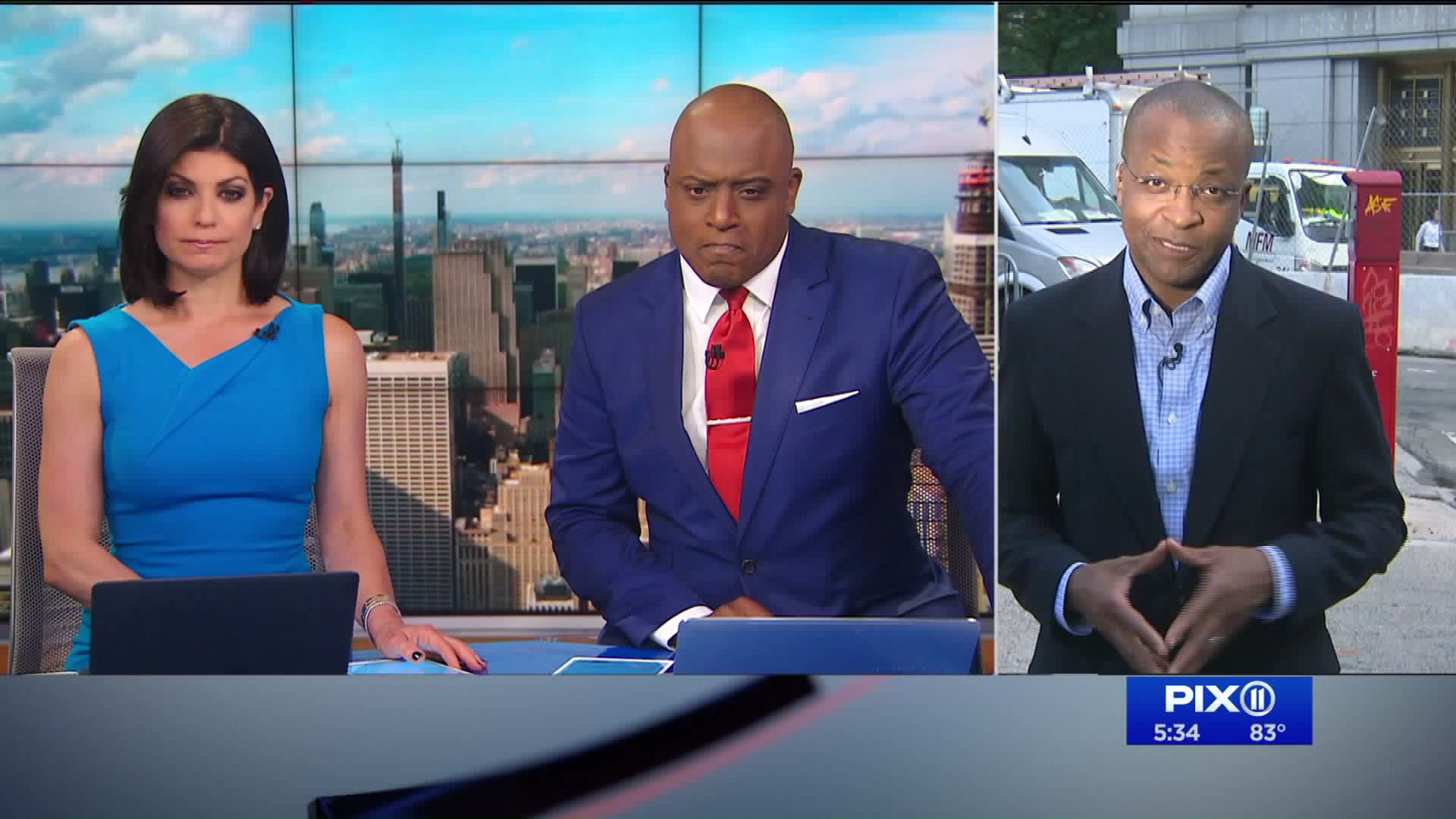 It`s just an eight-word question, but it could either have a negative impact on millions of people, particularly here in the New York City region, or it could protect the voting rights of Americans, depending on whose interpretation prevails.

LOWER MANHATTAN -- It's just an eight-word question, but it could either have a negative impact on millions of people, particularly here in the New York City region, or it could protect the voting rights of Americans, depending on whose interpretation prevails.

"Are you a citizen of the United States?" is a question that the Trump Administration has proposed putting on the 2020 census form. The question has been challenged in the courts -- beginning here in New York, in the southern federal district -- and now, the Supreme Court of the United States is close to deciding whether or not the question is constitutional.

Another way in which New York figures prominently in the so-called citizenship question case is that the state's name is actually part of the title of the case.

Department of Commerce v. New York stems from a ruling last January by federal judge Jesse Furman of New York's Southern District that it was unconstitutional for the Trump Administration to ask on the 2020 census if a person living in the U.S. is a citizen of this country.

Such a question has not been included in the census since 1950, and two other federal judges also declared the question unconstitutional. Still, it is unclear if the nine Supreme Court justices will uphold the citizenship question.

"This case is probably the most important one the Supreme Court is going to hear all year," said Kelly Percival, the counsel for the Democracy Program at the Brennan Center for Justice at NYU Law School.

Percival specializes in legal issues related to the 2020 census at the non-partisan, liberal, legal think tank. She pointed out that a decision by the nine Supreme Court justices could impact every American, in some significant ways.

Figures released by the Census Bureau, Percival said, show that including a citizenship question on the census would depress participation in the census by about 9 million people, most of them undocumented people of color. That's in spite of the fact that the U.S. Constitution requires that everyone living in the country be counted every 10 years, whether or not they are documented.

The census results determine congressional representation, as well as how Congress appropriates funds to people living in the country. "To divvy up $900 billion in federal funding, every single year," Percival said.

That's $9 trillion over the decade until the next census.

That fact has plenty of New Yorkers taking action, literally. Middle Collegiate Church, in the East Village of Manhattan, is one of dozens of congregations around the Tri-state that serve undocumented residents.

The sermon this past Sunday was given, in part, by a guest speaker, who was asked by the pastor to issue a call to action to the congregation of 1,200.

"In 2020, the next decennial Census will go online," said Jorge Fontanez, the guest speaker. He is the head of partnerships at NextDayBetter, a company that works with a variety of immigrant and other organizations on storytelling and other media. "We know that historically communities of color have been undercounted," Fontanez continued, in his Sunday sermon, "and SCOTUS will soon rule on the inclusion of the Citizenship Question."

On Tuesday, he was elaborating on his call to action.

"Whether or not you're a citizen," Fontanez told PIX11 News, in an interview, "we should all be participating. We want to be sure that our communities understand that when they complete the census, their information will be safe."

The citizenship question has been debated by the Supreme Court of the United States for months, but in the last month, documents turned over to the court from the family of deceased senior Republican strategist Thomas Hofeller https://www.nytimes.com/2019/05/30/us/census-citizenship-question-hofeller.html showed that the question was intentionally meant to favor Republicans who are not from communities of color.

"Given those documents," Percival said, "it's going to be really hard for [the court] to issue a decision that upholds the citizenship question, using the reasoning the Trump Administration is providing."

The administration has argued that the citizenship question upholds the rights of voters to have fair elections, without voter fraud.

The court, based on its questions during oral arguments in the case earlier this year, could uphold the citizenship question. The decision is expected this week, possibly as early as Wednesday.