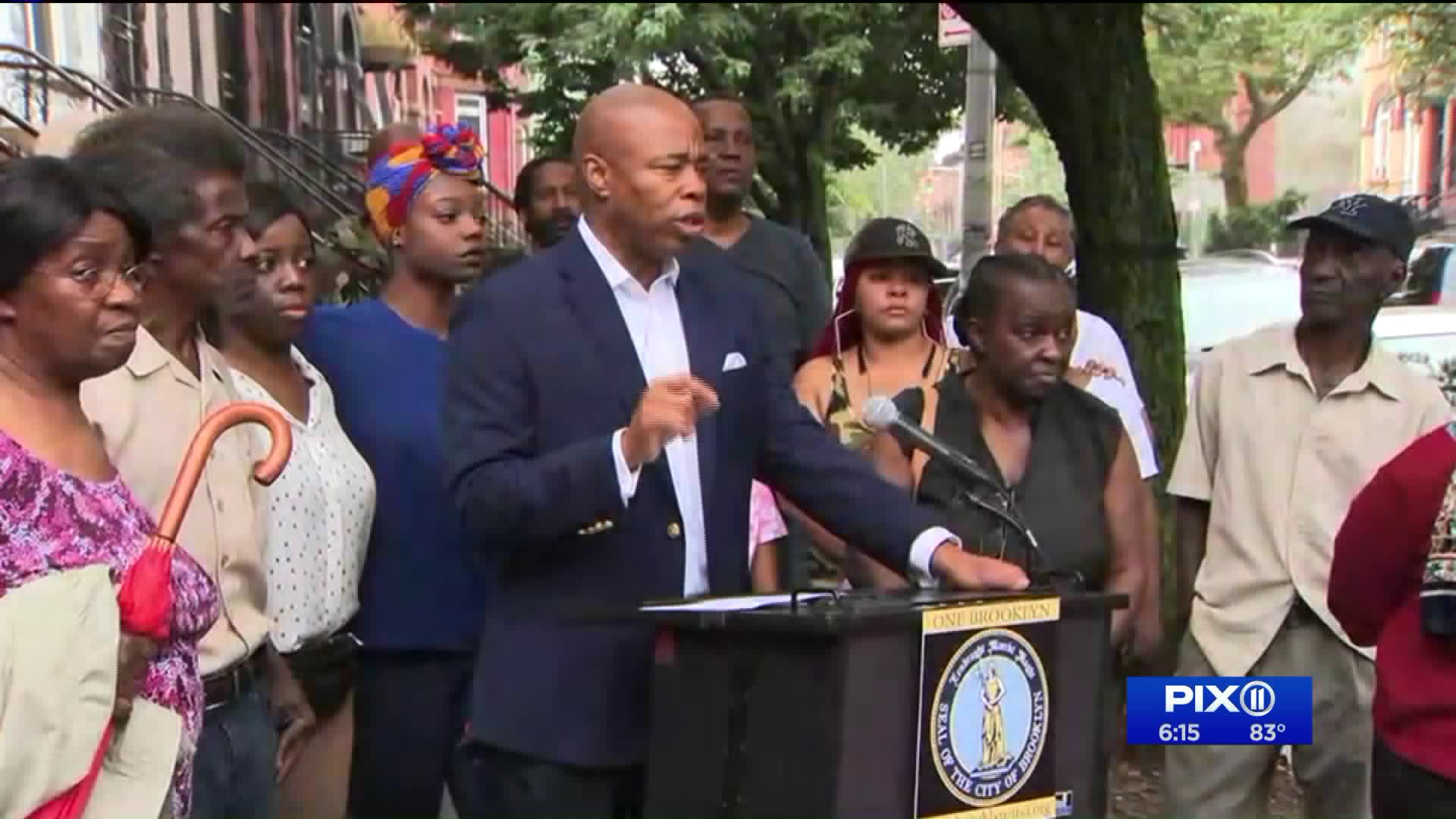 A Brooklyn family of eight could be left homeless because of deceitful real estate practices, but they`re doing everything they can to keep their Bedford-Stuyvesant home of 30 years. For five years this family has fought and now Brooklyn Borough President Eric Adams is joining the fight to make sure this family stays put.

BEDFORD-STUYVESANT, Brooklyn — A Brooklyn family of eight could be left homeless because of deceitful real estate practices, but they're doing everything they can to keep their Bedford-Stuyvesant home of 30 years.

Dairus Griffiths raised his family in the Halsey Street home. His daughter, Doris Briggs, remembers moving there from Crown Heights when she was only 4 or 5 years old.

Their dream home, however, may be slipping away. In a saga that began in October 2014, Griffiths said he fell behind on some mortgage payments and feared losing his home when he was approached over and over again by August West Development.

“I had a few beers and then we went around back to the notary and that's when that thing take place,” explained Griffiths.

Briggs believes her father was coerced and illegally assigned an attorney without any consent.

"I don't think any judge should allow anyone to dictate who represents us unless we say they represent us," Briggs said. "There was no money exchanged. We were not in foreclosure."

For five years this family has fought and now Brooklyn Borough President Eric Adams is joining the fight to make sure this family stays put.

Adams said he's already contacted the Brooklyn District Attorney's Office. But more so, Adams says something has to change and more must be done by the city council and mayor. Predatory practices leading to title and deed fraud in these so-called gentrifying neighborhoods is becoming all too common, according to Adams.

"If we allow this crisis of fraud and abuse to continue unabated the racial wealth gap will widen and homeowners will will be left in the lurch," he said.

Griffiths, who worked as a plumber for years, said he’s stressed watching the drama unfold.

"To be honest, I've been stressed out for five years," he said.

His family says the man who was once a pillar of strength for them is weak and barely eats.

To help with mounting legal fees, the Brooklyn Borough President’s office has put together this GoFundMe page while continuing to push for a full investigation into the practices of this real estate investor.