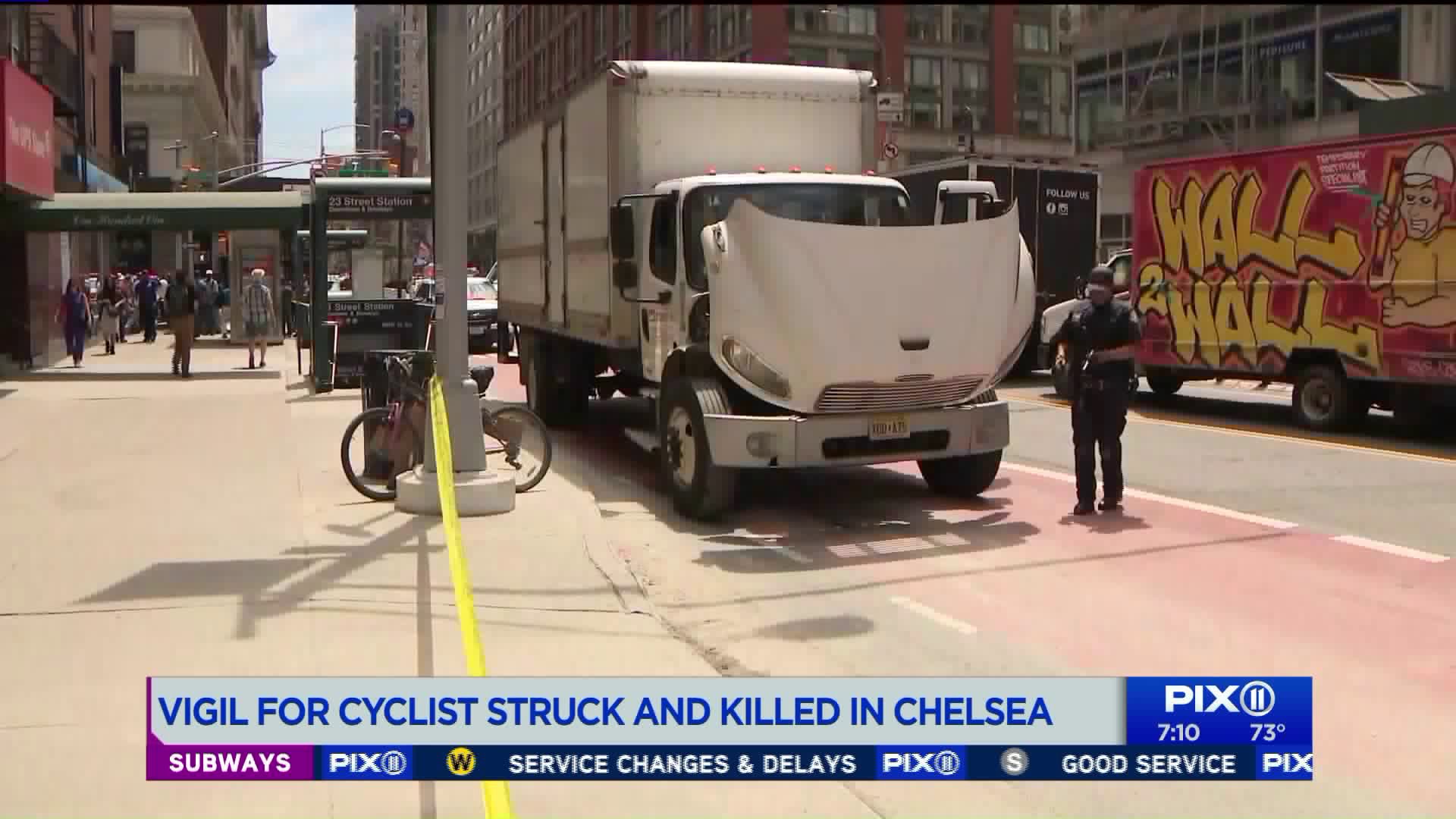 A 20-year-old cyclist was struck and killed in Chelsea. She’s the 12th cyclist to die this year – the same amount of bicyclists who died last year. Protests erupted during the victim’s vigil. Kirstin Cole has the latest.

CHELSEA — Safety for bicyclists are back in the spotlight after a 20-year-old woman was struck and killed on the job.

Robyn Hightman died after she was struck by a delivery truck while biking on Sixth Avenue near 23rd and 24th streets in Chelsea Monday morning.

The driver of the truck, witnesses say, appeared to take off. He returned a short time later after he was flagged down by another driver. The driver apparently did not realize he had struck the woman.

Police determined there was no criminality involved, citing that Hightman was not in the bike lane and was traveling between vehicles.

During Hightman’s morning bike ride, the bike lanes were blocked by large steel plates, forcing her to bike into the road with vehicular traffic.

Many advocating for bike safety argue that when bike lanes are blocked off for construction, it is up to the Department of Transportation to keep cyclists safe.

The fatality is the 12th this year for a cyclist in New York City, the same amount of reported bicyclist deaths in all of last year.