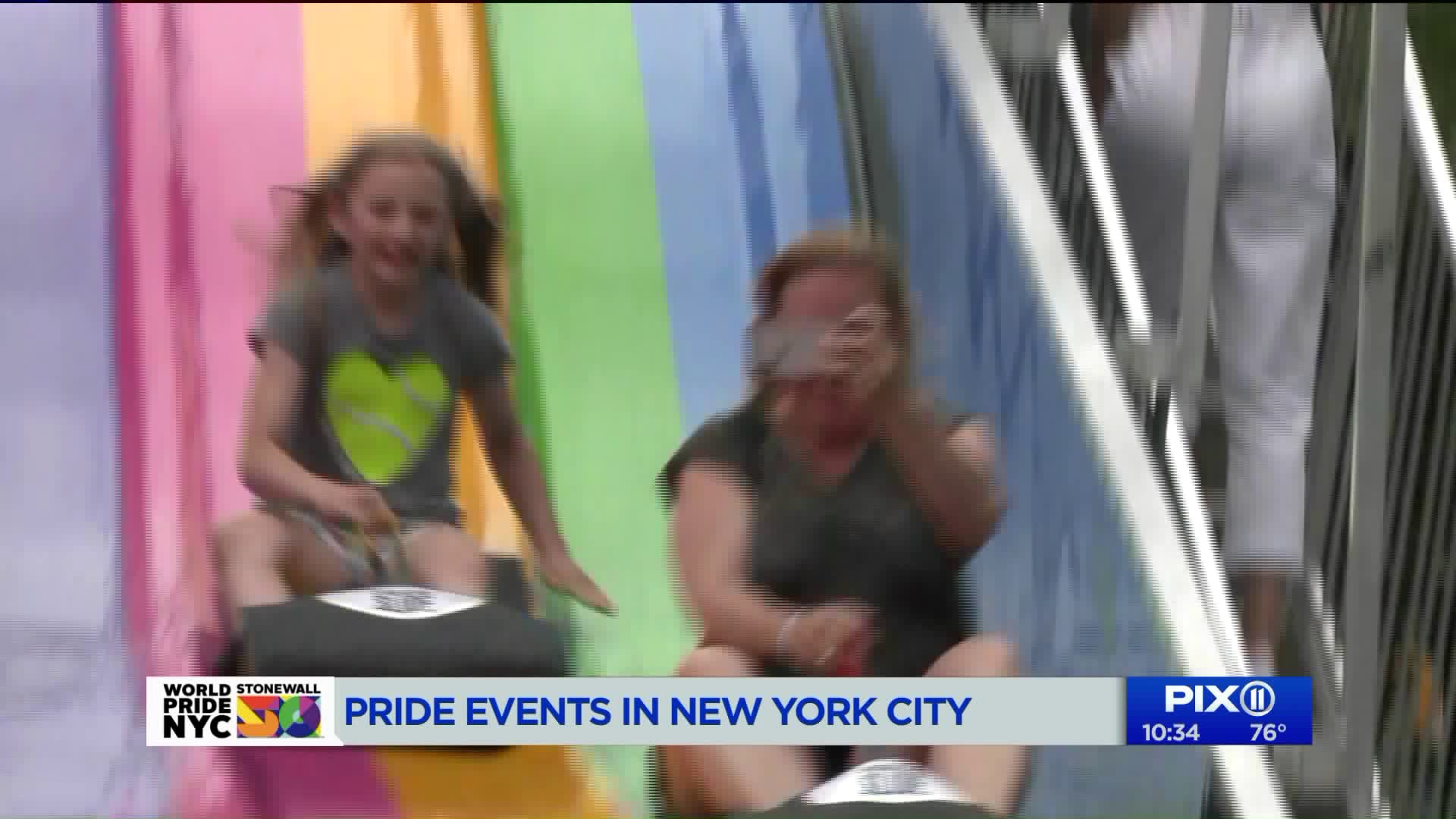 We all celebrate Pride in different ways, whether it`s a trip down "The Pride Slide" or going to a "Fearless: Broadway Sings for Pride" show.

MANHATTAN — We all celebrate Pride in different ways, whether it’s a trip down “The Pride Slide” or going to a “Fearless: Broadway Sings for Pride” show.

The first event was a 30-foot slide symbolizing the 30 states that still do not protect the LGBTQ community from discrimination.

For every free slide in the flat iron district, Tinder would make a $10 dollar donation to the Human Rights Campaign.

They raised at least $10,000 and many parents brought their children for a lesson in Pride.

“Their parents did a very good job of explaining to them what it was for,” Evan Bonnstetter, spokesman for The Pride Slide told PIX11 News. “That everyone deserves equal rights no matter how they identified,” he added:

“It was incredible. I was screaming like a little girl,” J Van Buren, a mother with her young son, Emperor, told PIX11 News.

A different kind of Fearless as Broadway Sings for Pride in its 9th anniversary fundraiser.

All the money at this JCC event benefits the Tyler Clementi Foundation, whose goal is to end bullying in schools and workplaces.

"Around 2010 and 2011, there were a lot of tragic, young LGBTQ suicides and I looked around and said we should be doing something," said Neal Bennington, founder of Broadway Sings For Pride. “And there’s nothing that says it can’t be done in a positive, entertaining way,” he added.

“I admire so much the struggle that they’ve been through and they’ve always been there for me,” Susan Lucci told PIX11. “So I am very happy to be there and celebrate with everyone," she added.