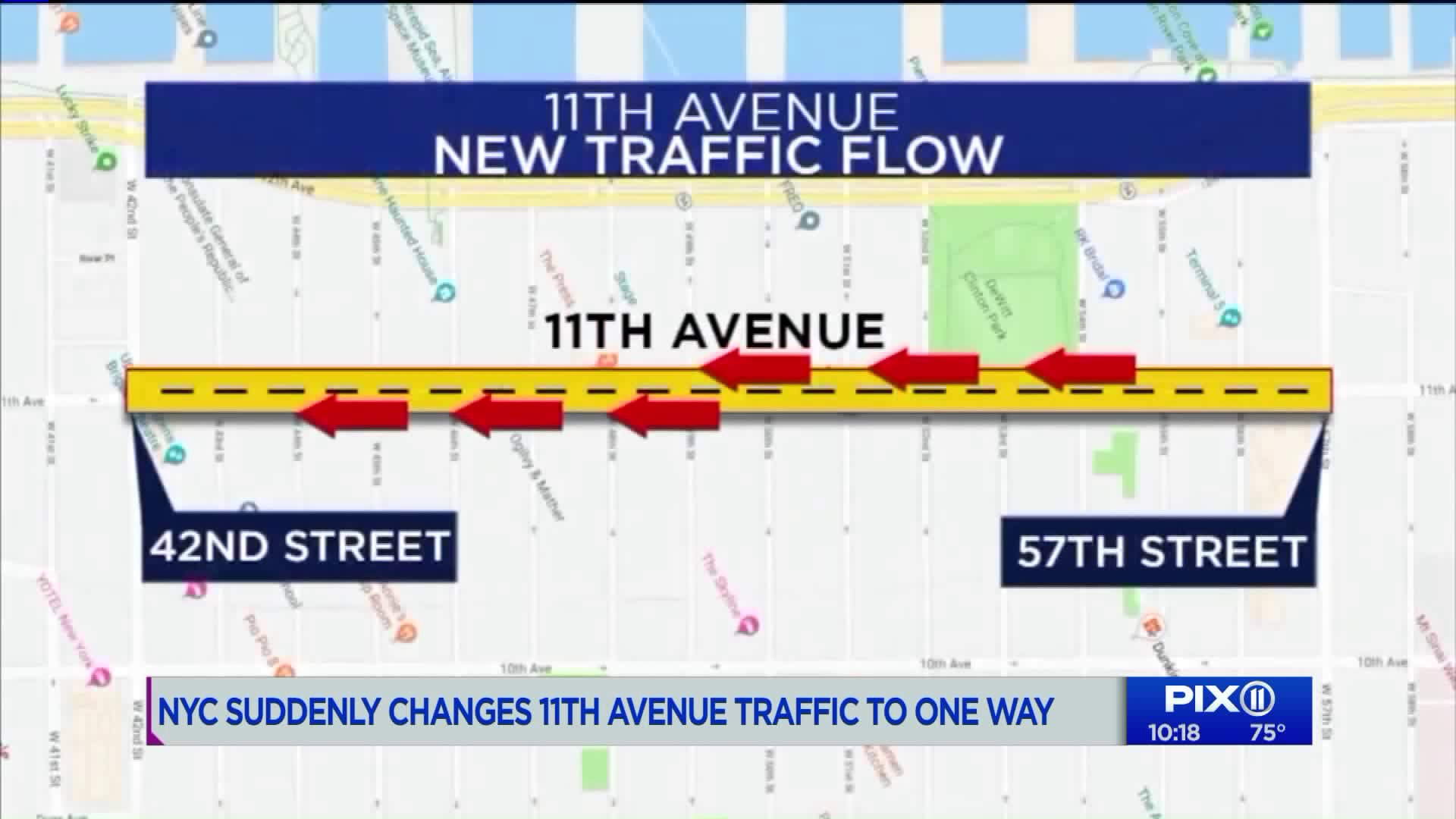 The city changed traffic patterns on one street without warning.

The NYC Department of Transportation is advising motorists plan ahead if they expect to be driving on Manhattan’s west side, as work on 11th Avenue resumes Monday morning.

Workers will be changing pavement markings and traffic signs, with the work expected to take about a week, officials said.

Monday’s road work is a continuation of the city’s ongoing project to help improve traffic flow for vehicles bound for the Lincoln Tunnel, enhancing safety for all roadway users.

Earlier this month, drivers were met with confusion when the same stretch of 11th Avenue seemingly changed to one-way overnight without much warning.