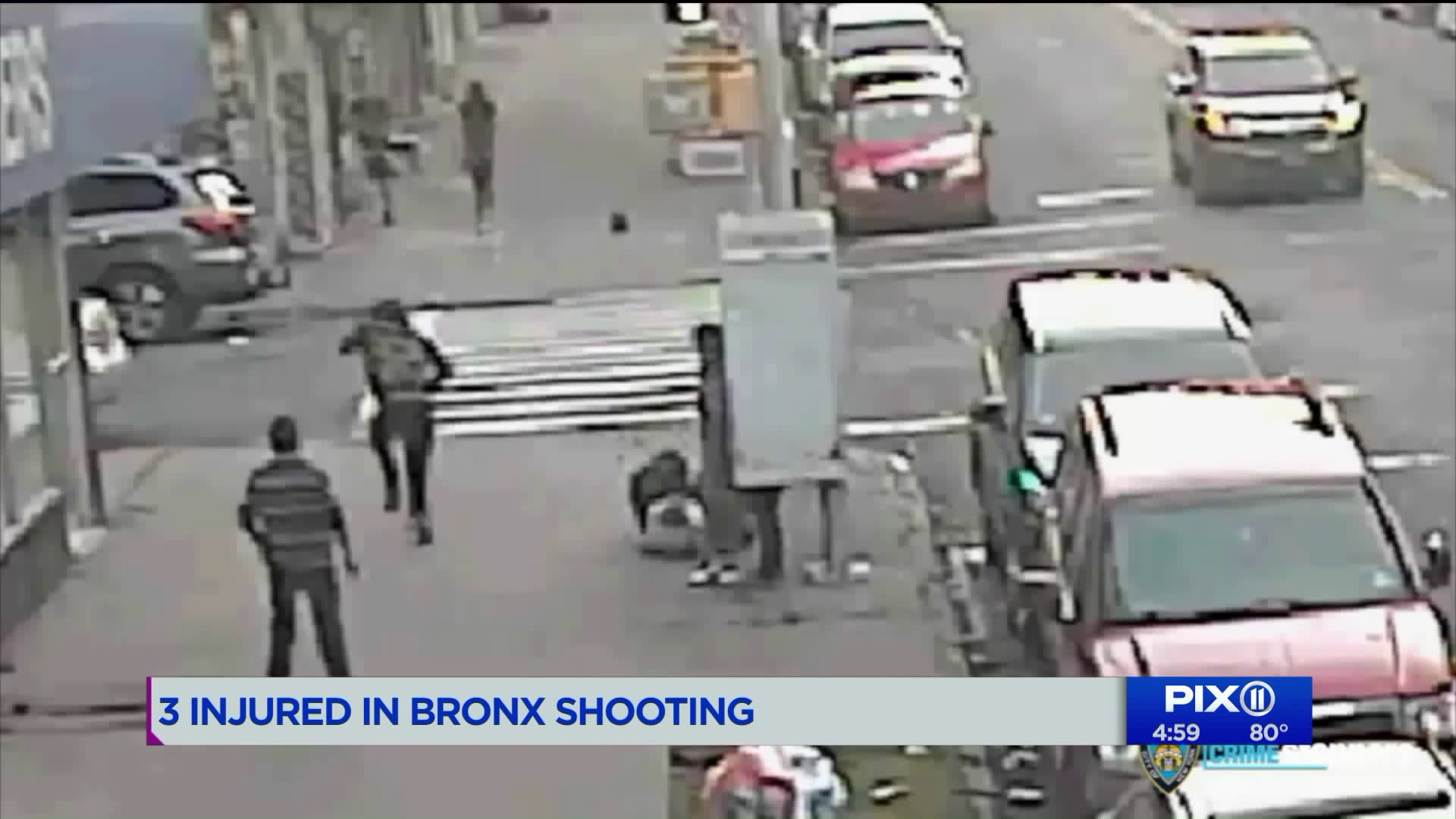 Surveillance footage shows the gunman running across the street multiple times as he fired his gun before getting into a gray Mercedes Benz SUV being driven by an unknown individual and fleeing the scene.

CROWN HEIGHTS, Brooklyn — An 11-year-old boy who was one of two people shot by stray bullets on a Brooklyn street Thursday might be paralyzed, his father told PIX11 News Monday.

The father said his son, Jayden Grant has been suffering paralysis, and he's not sure if Jayden will ever walk again. A GoFundMe has been set up for his medical expenses.

The boy was on the sidewalk of Schenectady Avenue near Lincoln Place around 7 p.m. on June 20, when he was hit somewhere around his right shoulder and critically injured, officials said. A 31-year-old man was also shot in the knee.

According to a school official, Jayden was a fifth grader at New Bridges Elementary School and was supposed to graduate Friday morning.

Neither of them were the intended target of the shooter, police said.

As police continue to tout historically low crime numbers and New York being "the safest big city," shooting incidents are bucking that trend. As of June 16, they are up 24% year-to-date, according to the latest statistics.