‘Stay out of street:’ Junior’s mom has simple message for young people on first anniversary of son’s murder 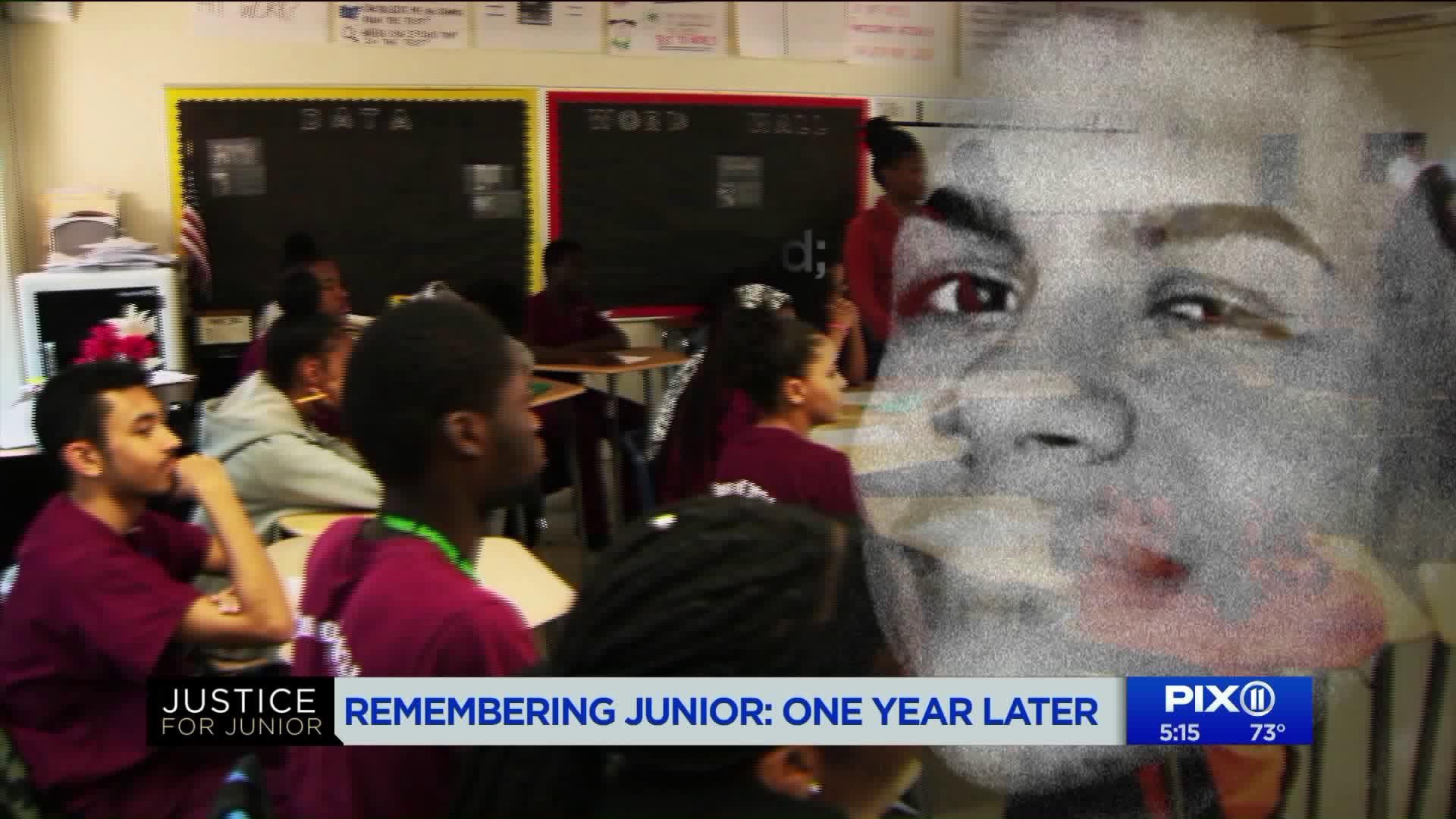 Juniors murder rocked not only the Belmont community in the Bronx, where he was killed on East 183rd Street and Bathgate Avenue, but neighborhoods around the city where teens are exposed to gang violence on a daily basis. 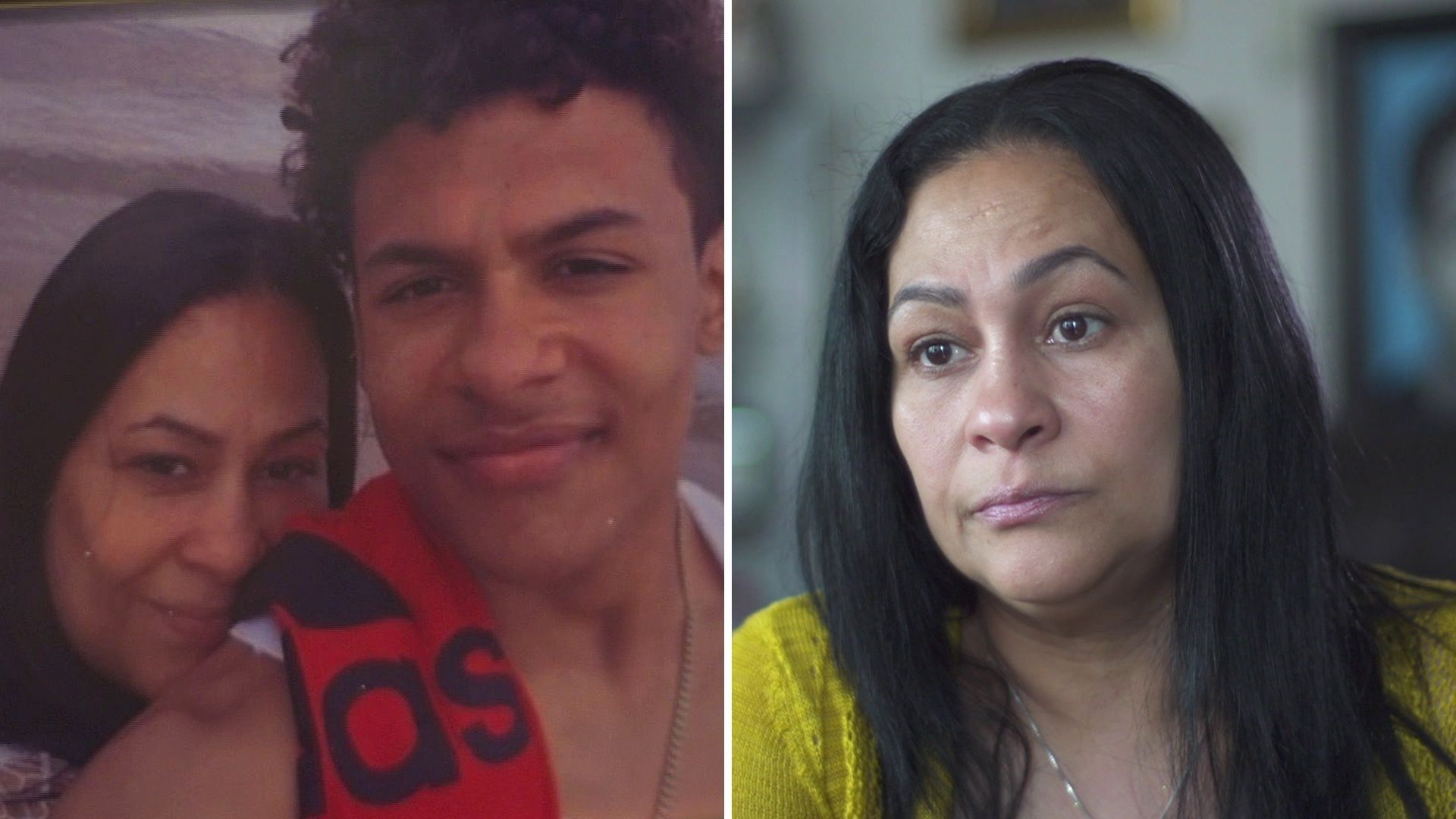 THE BRONX — Leandra Feliz used to do everything with her youngest child, Lesandro, known as Junior.

Feliz remembers the basic things that resonate with so many mothers, and perhaps that’s why women around the world identified with her pain, when they watched the stunning brutality of Junior’s murder on social media, over and over again.

“Everybody in the world has been touched by Junior,” Leandra Feliz told PIX11 News from her new home this week.  “I wasn’t expecting nothing like that.”

But the Dominican-born Feliz, who still works as a housekeeper in the Intensive Care Unit at St. Barnabas Hospital—the same hospital where her 15-year-old son was pronounced dead — has been moved, and changed, by the overwhelming affection that’s come her way since Junior’s murder.

Fifteen men were charged in connection with her son’s fatal stabbing on a bodega sidewalk last June 20, including two who became cooperating witnesses in the prosecution case.

The five stabbers were convicted of first-degree murder on June 14, less than a week before the first anniversary of Junior’s death.

All of them were members of the Los Sures set of the Trinitarios gang, and one, Jose Muniz, chanted “Popote hasta la muerte” — Trinitario Until Death — before he was taken out of the courtroom.

“That’s the kind of people we have on the street,” Junior’s mother said in response.  “That’s why we have to keep those killers in prison for life, because we’re going to stop a little bit of crime with those kind of people.”

On Tuesday night this week,  Muniz attacked a correction officer and dislocated the man’s shoulder in the Manhattan Detention Center, according to the Department of Correction.

Muniz apparently told the officer he had nothing to lose at this point.

Junior’s murder rocked not only the Belmont community in the Bronx, where he was killed on East 183rd Street and Bathgate Avenue, but neighborhoods around the city where teens are exposed to gang violence on a daily basis.

On this first anniversary of Junior’s death, his mother said: “My message is, 'Stay out of street.  Follow your fathers.'  Because the teenagers, they do what they want to do and they don’t know what they’re doing.  Just follow the father and stay out of street.”

In the wake of Junior’s death, millions of state and city dollars were invested in after-school programs and camps to give young people alternatives to street life.   But families still face a real challenge shielding their children from street violence.

The Office of the Bronx District Attorney is already preparing for a second phase of prosecution, with eight more defendants charged with being part of the chase that led to Junior's murder.

Prosecutor Morgan Dolan said Monday she was open to discussions about having these defendants plead guilty to manslaughter in the first degree.

Junior’s mother was a big apprehensive about potential pleas to lesser charges.

“If those people come out, they’re going to be recruiting new killers on the streets,” Feliz said.  “And then there’s going to be the same problem. Today, they kill my son.  In the future, whose son are they going to kill?”

The mom would respond on Instagram with photos of awards Junior received at school.