Two shot on Brooklyn street including 11-year-old boy; person of interest in custody 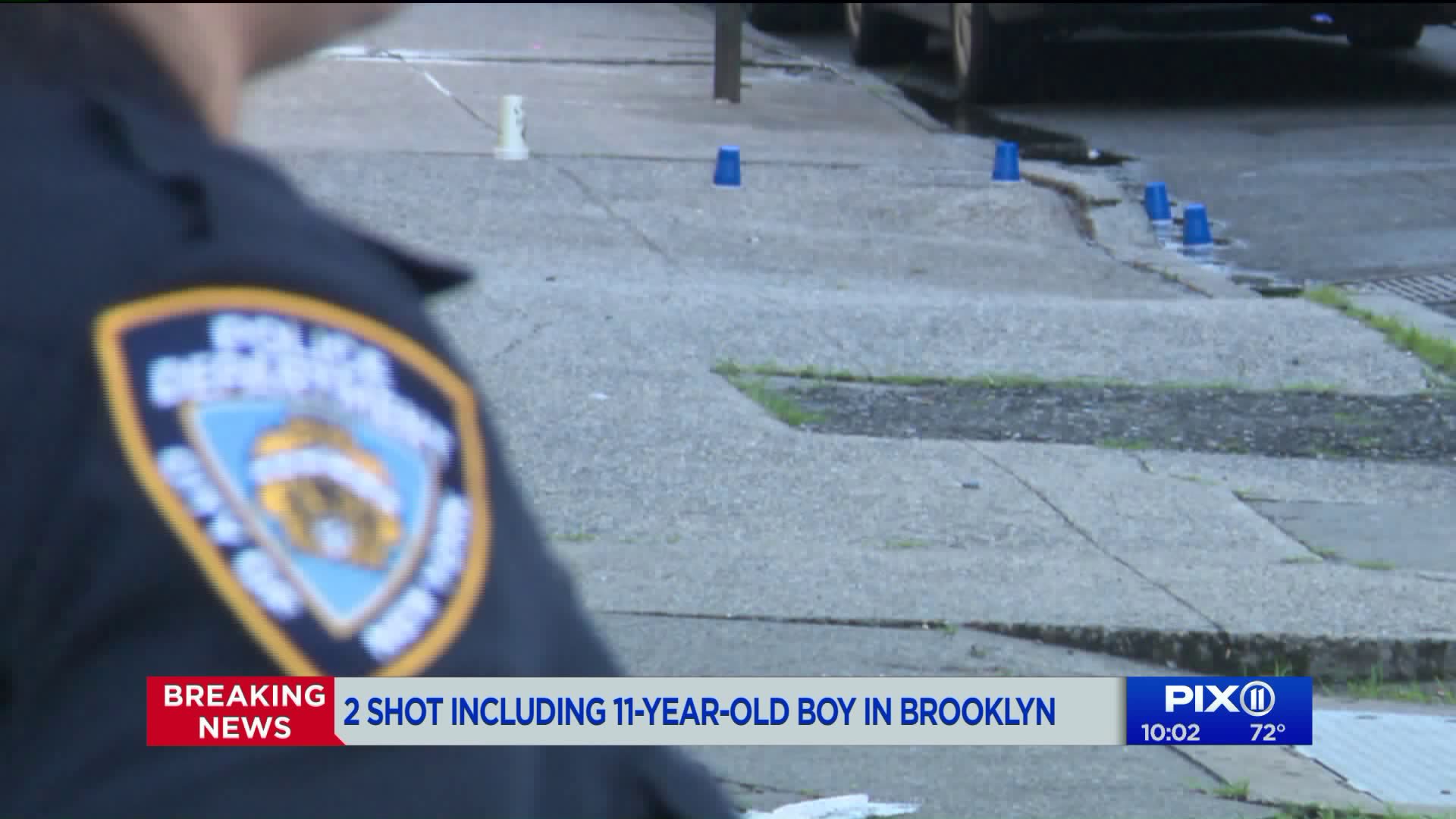 An 11-year-old boy was one of two people shot on a Brooklyn street on Thursday night, officials said. He was on the sidewalk of Schenectady Avenue near near Lincoln Place when he was hit somewhere around his right shoulder and critically injured around 7 p.m., officials said. A 31-year-old man was also shot in the knee. 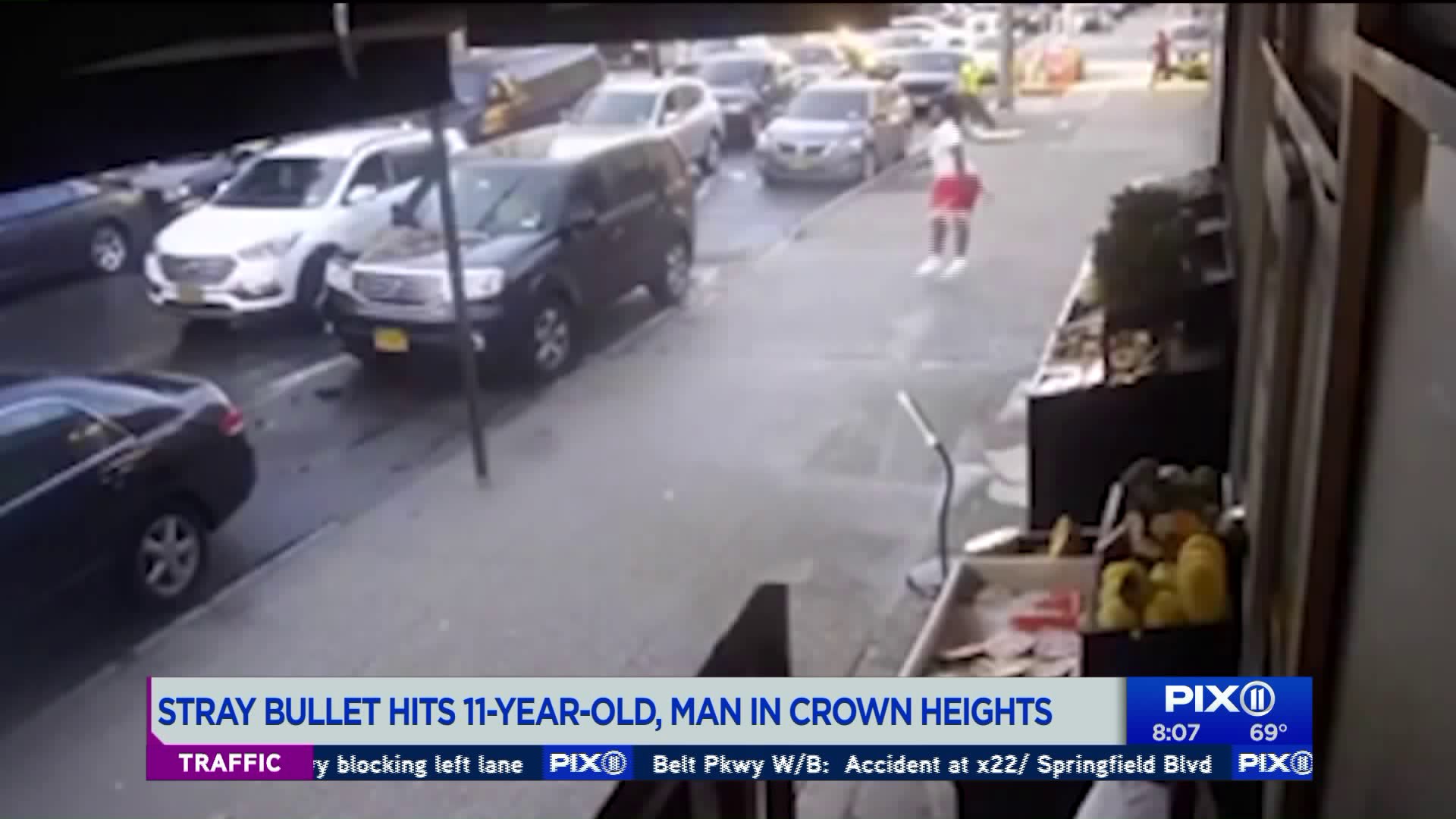 CROWN HEIGHTS, Brooklyn — An 11-year-old boy was one of two people shot on a Brooklyn street on Thursday night, officials said.

He was on the sidewalk of Schenectady Avenue near near Lincoln Place when he was hit somewhere around his right shoulder and critically injured around 7 p.m., officials said. A 31-year-old man was also shot in the knee.

Neither of them were the intended target of the shooter, police said. A person of interest was taken into custody hours after the shooting.

The boy was rushed to Kings County Hospital, an NYPD spokesman said. His condition improved after surgery and he's expected to survive. The adult victim went to the same hospital on his own for medical assistance.

According to a school official, the boy was a fifth grader at New Bridges Elementary School and was supposed to graduate Friday morning.

Parents expressed their sadness over the fact the boy was going to miss his graduation.

"I feel very sorry because he's a sweet little boy, and we all love him. He's very smart," said Irene Ortiz, a grandparent dropping her 7-year-old off at school.

Surveillance video shows the moment the alleged shooter opened fire on the street, missing his intended target, hitting the victims.

Kyle and Anna Shermer, a couple who live on the street, heard the shots fired.

Anna Shermer saw the boy on the street after he was hit.

"He was in shock - his eyes were open, mouth was open, people around him were screaming," she said.

Her husband saw a man in a green shirt and blue jeans run from the scene, she said.

"It was just really shocking because who would shoot a kid and run away from that? It never happens on this street," she said.

Brooklyn North Chief of Patrol Jeffrey Maddrey implored members of the community to work together to keep the neighborhood safe in the wake of the shooting.

"This is something that happened pretty much in broad daylight," he said. "This is the time more than ever for our communities to partner with our police department and we know that we already do that, but we have to do that even more because we can't let incidents like this go unchecked and we can't let shooters believe that they can do this with impunity."

As police continue to tout historically low crime numbers and New York being "the safest big city," shooting incidents are bucking that trend. As of June 16, they are up 24% year-to-date, according to the latest statistics.