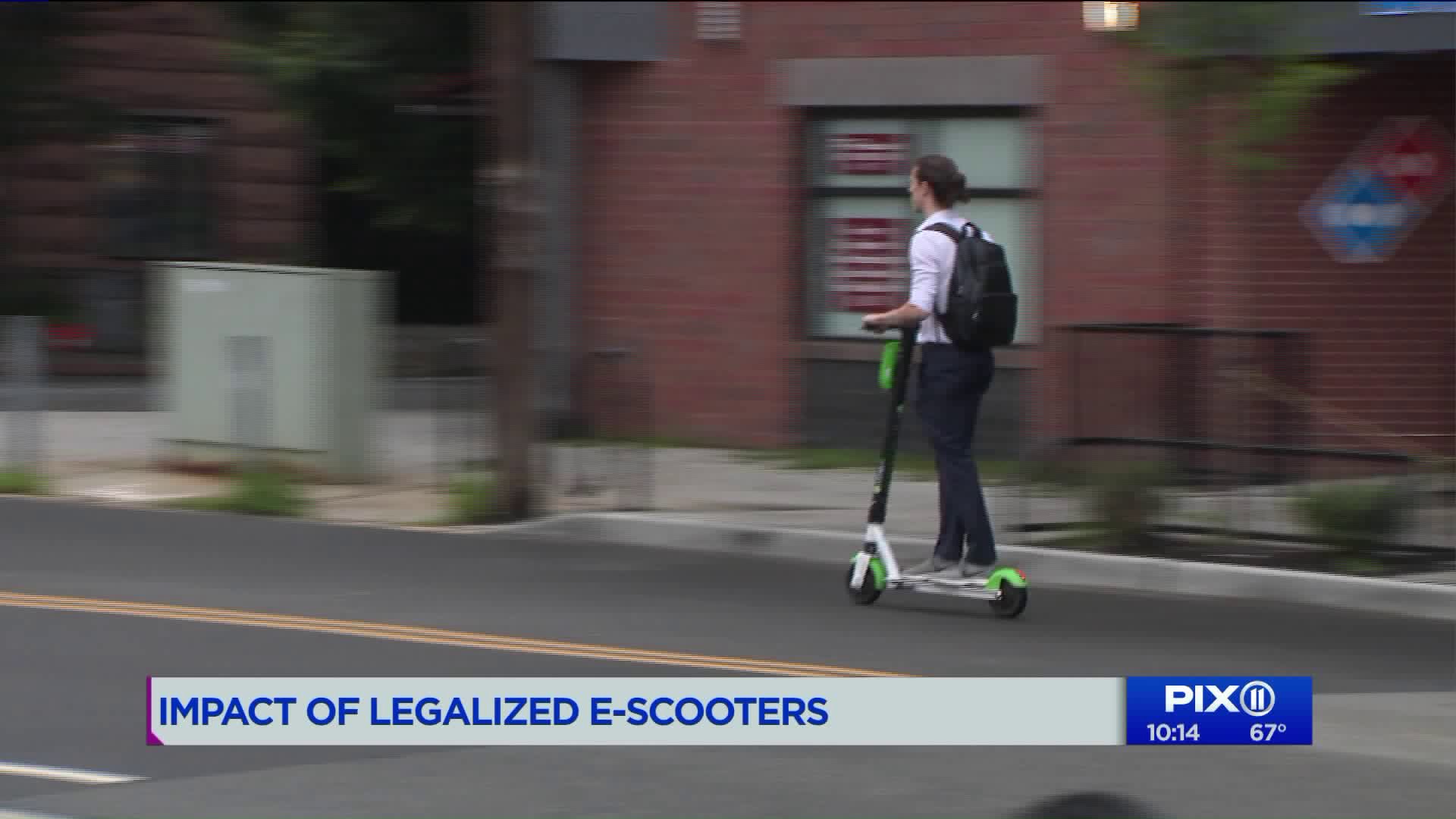 A new way of getting around has hit the streets in the past month.

MANHATTAN — As some electric bikes and scooters cruise closer to New York City, they are making their mark in a nearby area.

A new way of getting around has been on the streets of Hoboken for a month. There have been some growing pains but the company that operates a shared-scooter service says the popularity has been off the charts.

The state of New Jersey legalized electric bikes, scooters and the share companies in May.

New York State Senators approved legislation Wednesday and the State Assembly was expected to review it early Thursday as the session wound to an end. Electric bikes below certain speeds and scooters would become legal. Cities would have approve deals with companies that offer shared rides.

“It’s a general awareness and understanding,” says Steve, who owns his scooter.

New York officials have been debating the legalization of electric bikes and scooters this session. Some have voiced concerns similar to some pedestrians and drivers. Can busy roads with traffic handle additional vehicles?

Lime operates a shared bike and scooters. In Hoboken, the company reports that it has logged almost 100,000 trips in four weeks. About 250 of Lime’s shared-scooters operate within the one-square mile of Hoboken as part of a 6-month pilot program with the city.

The company works with some local businesses, including Hoboken Tech Solutions, to help keep its scooters charged and available. Scooter hubs have been created at some key areas in Hoboken and they're indicated on the sidewalk.

After some issues with scooter parking and travel against the flow of traffic, scooter companies worked with local police on an educational campaign. The companies can also share data with transportation departments which can help in the design of roads and bikes lanes.

Lime is preparing to enter the scooter market in New York City, even if at first it means the share companies may not be able to operate in Manhattan