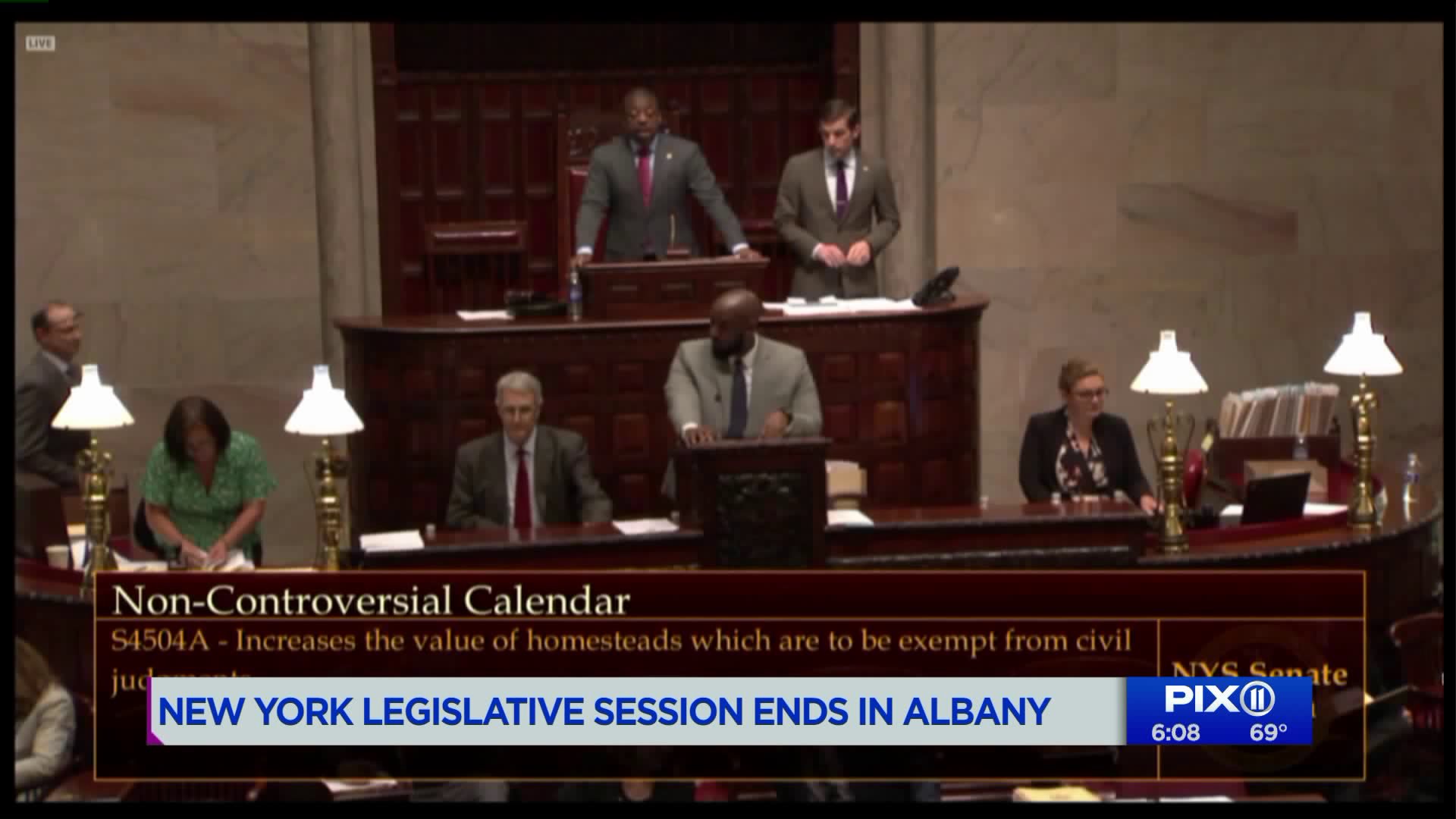 It`s one of the most ambitious plans in the world to fight climate change and it will soon be law here in New York.

NEW YORK — Lawmakers in Albany are scrambling to pass bills before the end of the legislative session Wednesday night.

Earlier Wednesday state politicians agreed on a historic climate change bill. It calls for New York to get all of it’s electricity from renewable sources like solar and wind by the year 2050.

“It’s all hands on deck. We need to change what we’ve been doing,” State Senator Lis Krueger explained.

For months Governor Andrew Cuomo pushed for the legalization of recreational marijuana, but the deal fell apart Wednesday morning.

Political strategist Basil Smilke, Jr. explained, “one of the sticking points was whether or not people who had been convicted of crimes prior to the legalization of recreational marijuana can have some kind of relief.”

In the last week Albany strengthened protections for tenants and approved drivers licenses for undocumented immigrants. Today they’re expected to ban the gay panic defense, a legal strategy where a defendant who attacks a gay person can say they panicked because of the victim’s sexual identity.