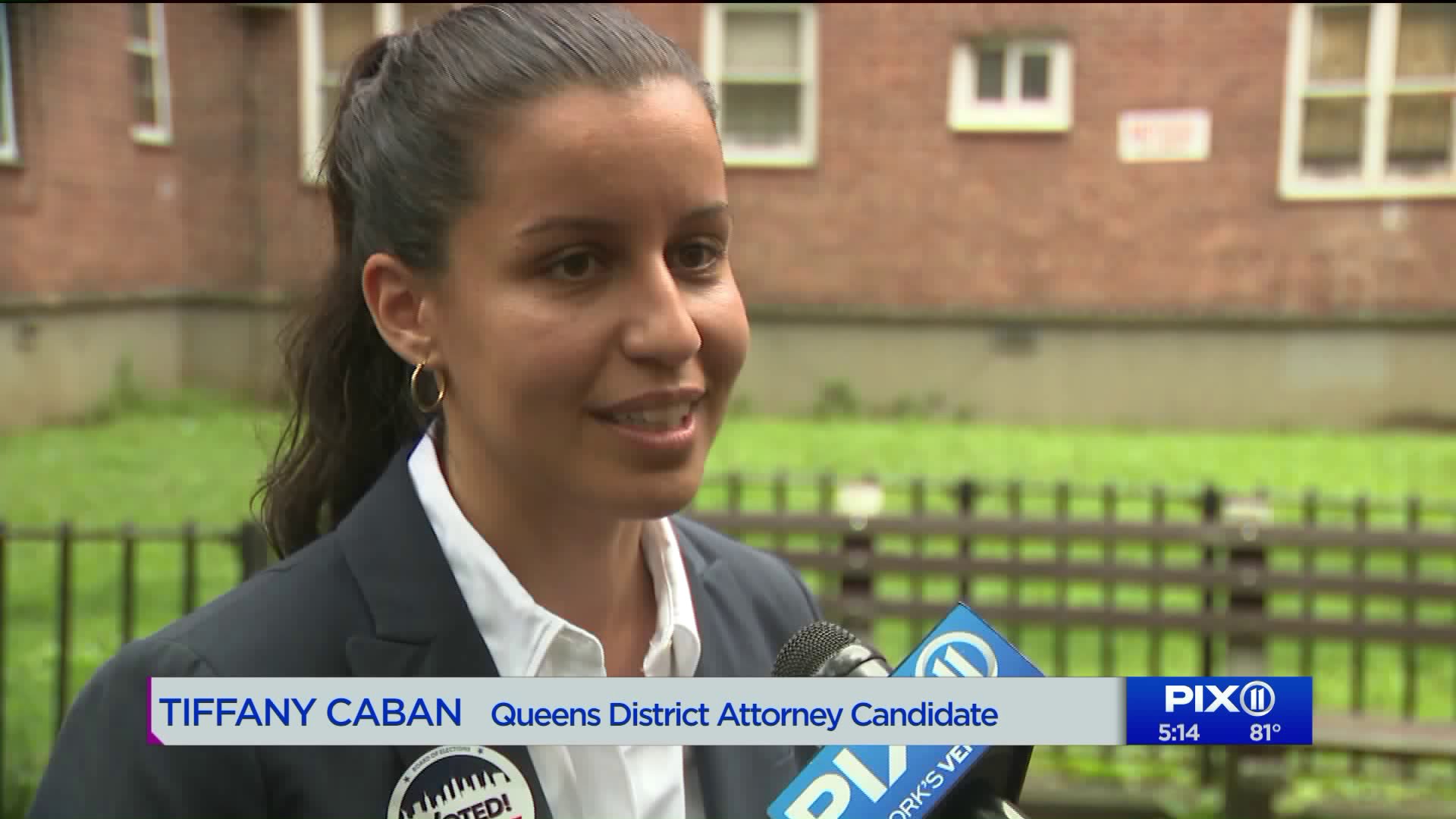 Tiffany Caban is the considered the most liberal candidate for queens district attorney. Melinda Katz has experience in elected office and raised the most money.

QUEENS — The world's borough will likely elect a new district attorney for the first time since 1991 on Tuesday.

Because there is only one Republican -- private practice attorney Daniel Kogan -- running for Queens DA, the Democratic Primary will likely determine who replaces Richard Brown, who passed away in May. The district itself, aside from a couple of areas, leans heavily Democrat.

Six Democrats are looking to replace him and have lined up various local heavyweights (as well as millions of dollars in contributions) to try and turn out the vote.

The establishment favorite appears to be Queens Borough President Melinda Katz. She's served in local and state politics since 1994 and been borough president since 2014. Her platform highlights her experience and advocacy for arrest, bail and sentencing reforms, ending marijuana prosecution and arrests, as well as protecting immigrants and victims of domestic abuse.

Katz has the endorsements of the Queens County Democratic Party and Gov. Andrew Cuomo.

Tiffany Caban is seen as the outsider candidate, running a campaign in the style of Rep. Alexandria Ocasio-Cortez, who has endorsed Caban. She also has the endorsement of upstart Philadelphia District Attorney Larry Krasner, who surprised many with his victory in 2018. Caban wants to end mass incarceration and the war on drugs, while tackling corporate crime. Caban also made national headlines when she received endorsements from 2020 Presidential candidates Bernie Sanders and Elizabeth Warren.

Gregory Lasak has the most experience in the courtroom of the various candidates, having served as executive assistant district attorney under Brown. He's been endorsed by several of the local police benevolent associations and court clerks associations.

Betty Lugo, a former Republican, has tried to stake out a claim as the most moderate candidate in the field. She has said that if she loses, she may still attempt to run for the GOP nomination.

Mina Malik, the former Deputy Attorney General of Washington D.C. and former assistant DA in Queens, has funded a good chunk of her campaign and has the endorsement of the District of Columbia's DA, Karl Racine.

Jose Nieves, the former deputy chief attorney general in the New York state Attorney General's office, has a "progressive agenda" similar to Caban's, but lacks in the way of endorsements.

City Councilman Rory Lancman dropped out of the race less than a week before primary day. He had the support of several of the area's teamsters unions, as well as Eric Garner's mother and police reform advocate Gwen Carr,  and is second to Katz in contributions, but endorsed Katz after dropping out.

The general election will take place on Nov. 5.