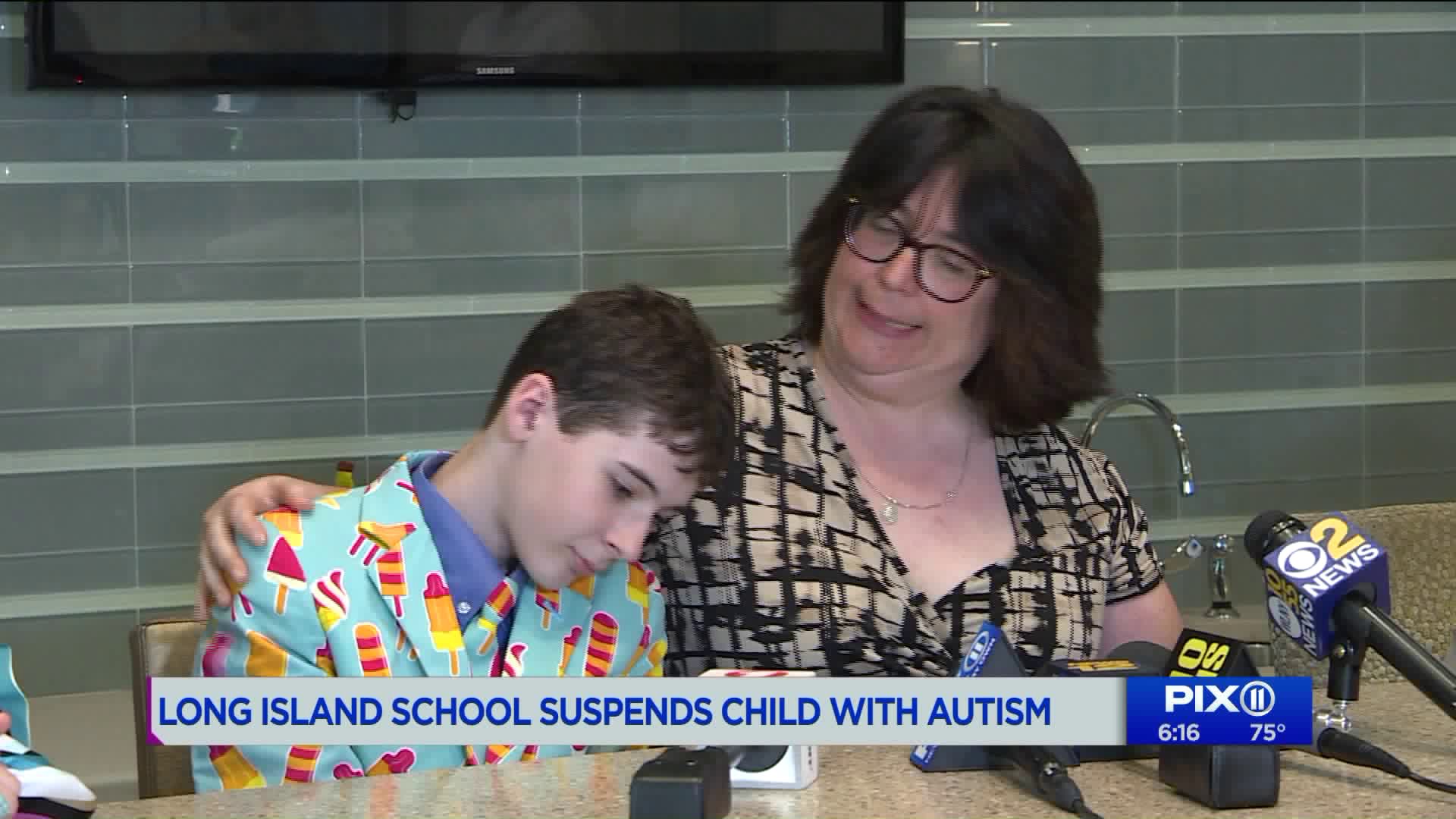 A Long Island family is fighting back after their child who has autism was suspended. He left school and went home following an argument with a faculty member. School officials weren`t even aware that he had left until his mother brought him back. Now the boy is facing a five day suspension.

GREENLAWN, LONG ISLAND — A Long Island family is fighting back after their child who has autism was suspended after a clash with a faculty member startled him and prompted him to leave school and go home.

“I have always been a good kid,” 13-year-old Michael D. said. “I always follow the rules and getting suspended is just upsetting.”

Michael was suspended for five days from Elwood Middle School in Greenlawn.

The punishment was handed down after the 13-year-old student left campus in the middle of the school day following what he described as a heated confrontation with a library attendant.

“We got into a big argument so I walked out the building,” he recalled.

According to his mother, who asked us not to reveal the family’s last name, her son struggles with managing stressful situations and responds by leaving. School officials are aware of the condition, she said.

“It’s like saying to the blind girl ‘well you couldn’t read the sign, so we’re suspending you,’” Kerri D told reporters Monday.

What made the situation even worse, the family says, is that school officials only became aware that the child had left when his mother brought him back.

“I don’t care whose kid it is, they shouldn’t be able to walk out the door and no one call the parents and see your child just walked out the door,” she said.

The incident happened back on June 11. The family insists the suspension, which included banning the child from eighth-grade graduation activities, was unjust.

The family has retained an attorney and is now looking into whether the school violated any laws.

The Elwood School District’s Superintendent posted a statement about the incident on the district’s website that read, in part, “ the safety, health and welfare of every student, faculty and staff member is of paramount importance. The administration and our security team will continue to review all systems and protocols in and around our school facilities.”

However, Michael’s family is still not satisfied and they’re hoping to shine a light on school policy when it comes to tending to the needs of special needs students.

“A child’s disability can mimic a code of conduct and they cannot be punished for it,” the child’s therapist, Jennifer Cuevas, said.