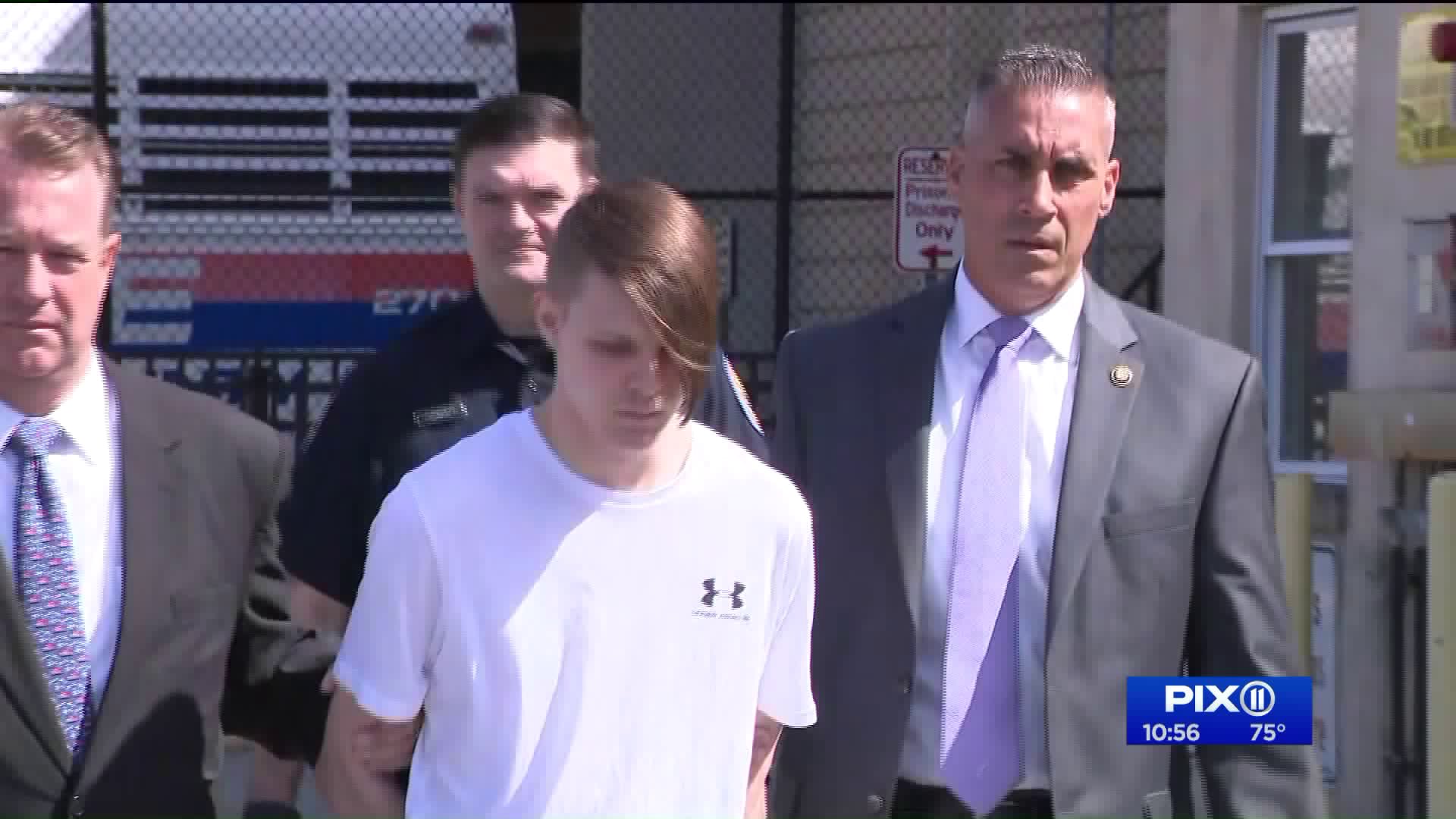 Police say he stabbed the victim more than 100 times.

MERRICK, N.Y. — A Long Island man has been arrested in a crime of passion, killing his romantic partner and stabbing him "over 100 times" in an apparent lovers' quarrel, police said Friday.

Ryan Lindquist, 21, was arrested in connection to a deadly stabbing inside a Merrick home (Nassau PD)

Ryan Lindquist, of Massapequa, faces a second-degree murder charge after allegedly killing Evan Grabelsky while on date at a Long Island home two weeks ago.

Grabelsky, 32, was found stabbed to death inside his Elliot Street home in Merrick around 11:45 p.m. on June 1.

Grabelsky, who police said had been stabbed "over 100 times" died at the scene.

According to police, he also had some defensive wounds on his arms and body and it appeared "he was trying to get away."

Police said Saturday that Grabelsky and Lindquist, a 21-year-old employee at a Westbury costume store, had been involved in a romantic relationship and knew each other for about two years after meeting through a social media app.

Police identified Lindquist soon thereafter the incident and he became a person of interest. When police met with Lindquist they saw "both of his hands were cut up, which is indicative of someone who stabbed someone over a hundred times.”

Grabelsky, a school and camp counselor, was loved by his family and Long Island neighbors, many of whom are relieved an arrest was made.

He is being held at Nassau County jail and is expected to appear in court June 18.