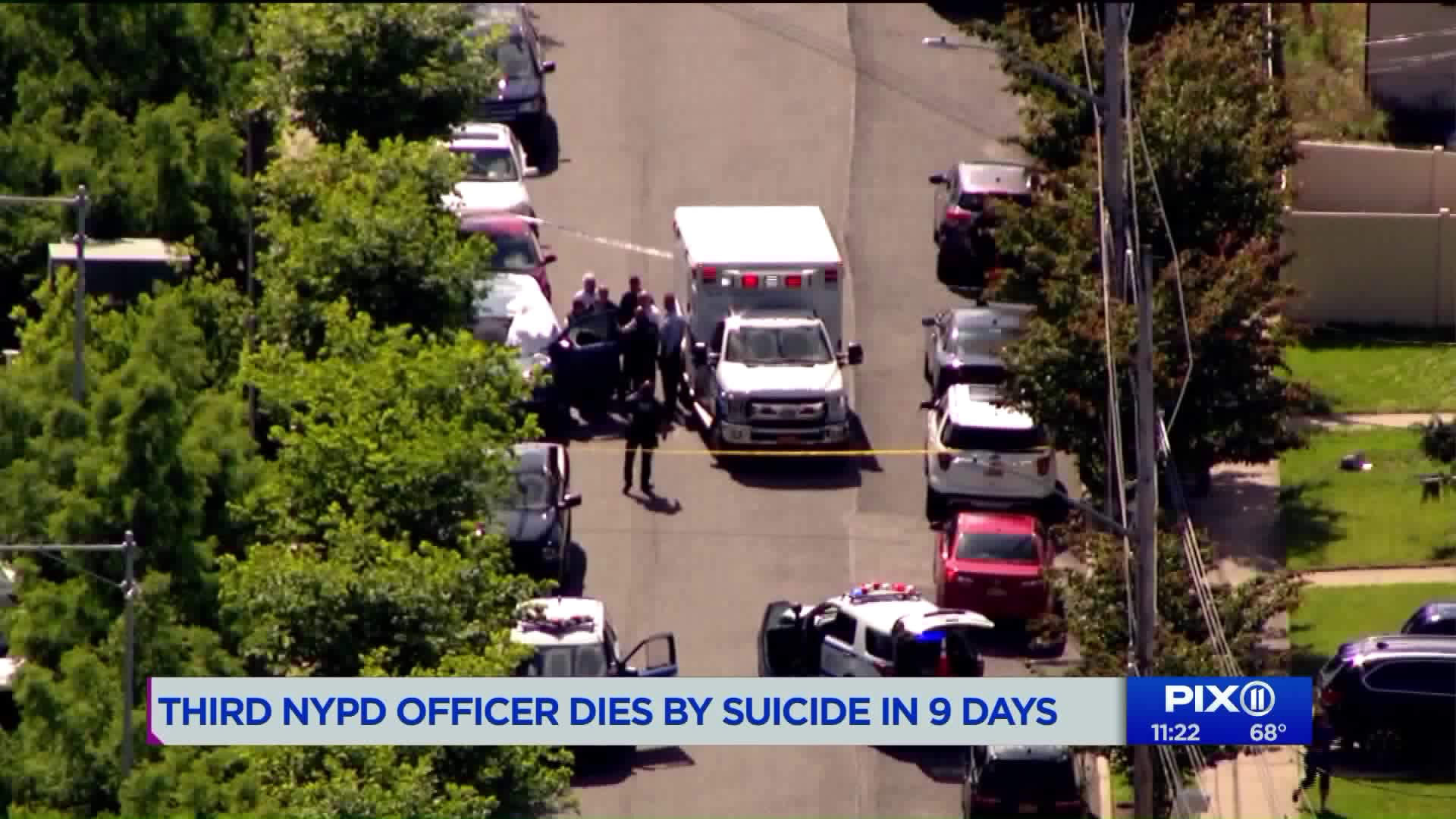 If you or someone you know is considering suicide, contact the U.S. National Suicide Prevention Lifeline at 800-273-TALK (8255) . It is a free, 24/7 service that offers support, information, and local resources. You can also click here for additional hotlines within your state.

Police say he shot himself in the head around 3:45 p.m. on a Staten Island street, near a precinct. His identity hasn't been released.

Police sources tell PIX11 he was going through a difficult divorce.

"I think the trigger for the last few suicides that we have seen, I believe there may have been some pre-existing issues, especially around depression and PTSD," said Dr. Jeff Gardere, clinical psychologist.

Gardere says first responders have five times the degree of PTSD and depression because of the horrific scenes they encounter on the job.

"They don't debrief enough and over time that builds up a lot of emotional issue, first responders have a tremendously stressful life with regard to what they do for a living," said Dr. Gardere. "Now you add in another stressor, retirement or messy divorce or grieving the loss of a loved one that that may push them over the edge."

This is the third suicide of an NYPD officer in the past two weeks. Deputy Chief Steven Silks took his own life just a month short of retirement on June 5. Detective Joseph Calabrese's body was found a day later.

In the wake of the deaths, Commissioner James O'Neill sent a note reminding the more than 36,000 officers and 19,000 civilians in the NYPD that help is available if they're feeling depressed, hopeless or otherwise contemplating self-harm.

"This is about keeping our family healthy — and about saving lives," O'Neill wrote. "Your jobs require that you spend so much of your work day helping people in crisis. But, before you can take care of others, it's imperative that you first take care of yourselves."

After Friday's suspected suicide, O'Neill and Chief of Department Terence Monahan retweeted a message from the NYPD's Talk to Me program encouraging officers in crisis to text a special help line.

PLEASE SHARE: Any officer struggling with any type of personal crisis, please reach out to someone.
It’s not hopeless or helpless; you’re not alone. You matter.
Help is available — you have options.
Call @800273TALK, @NYPDchaplains, @nypdeau_1085, @poppanyc
Txt: BLUE to 741741 pic.twitter.com/vJc3BU0ATQ

Among police, at least 159 officers died by suicide in 2018, according to Blue H.E.L.P., a Massachusetts-based organization devoted to preventing police suicides.

“Today our city is mourning the loss of another officer gone too soon," said Mayor Bill de Blasio in a statement. Three brave members of our police force have taken their lives in recent days. All of them led lives that made their communities better. All of their lives had meaning.

“I want every member of the NYPD to know: your city is here for you. You are not alone. Help is here. Reach out. We are working with the Police Department to continue to put resources front and center, and that our officers have every possible support.”

"There is contagion when it comes to suicide, the three police officers who committed suicide, it is possible other officers may attempt suicide because they begin to think if another officer does this, maybe I can do this too simply because it's happened to them it could happen to me," said Dr. Gardere.