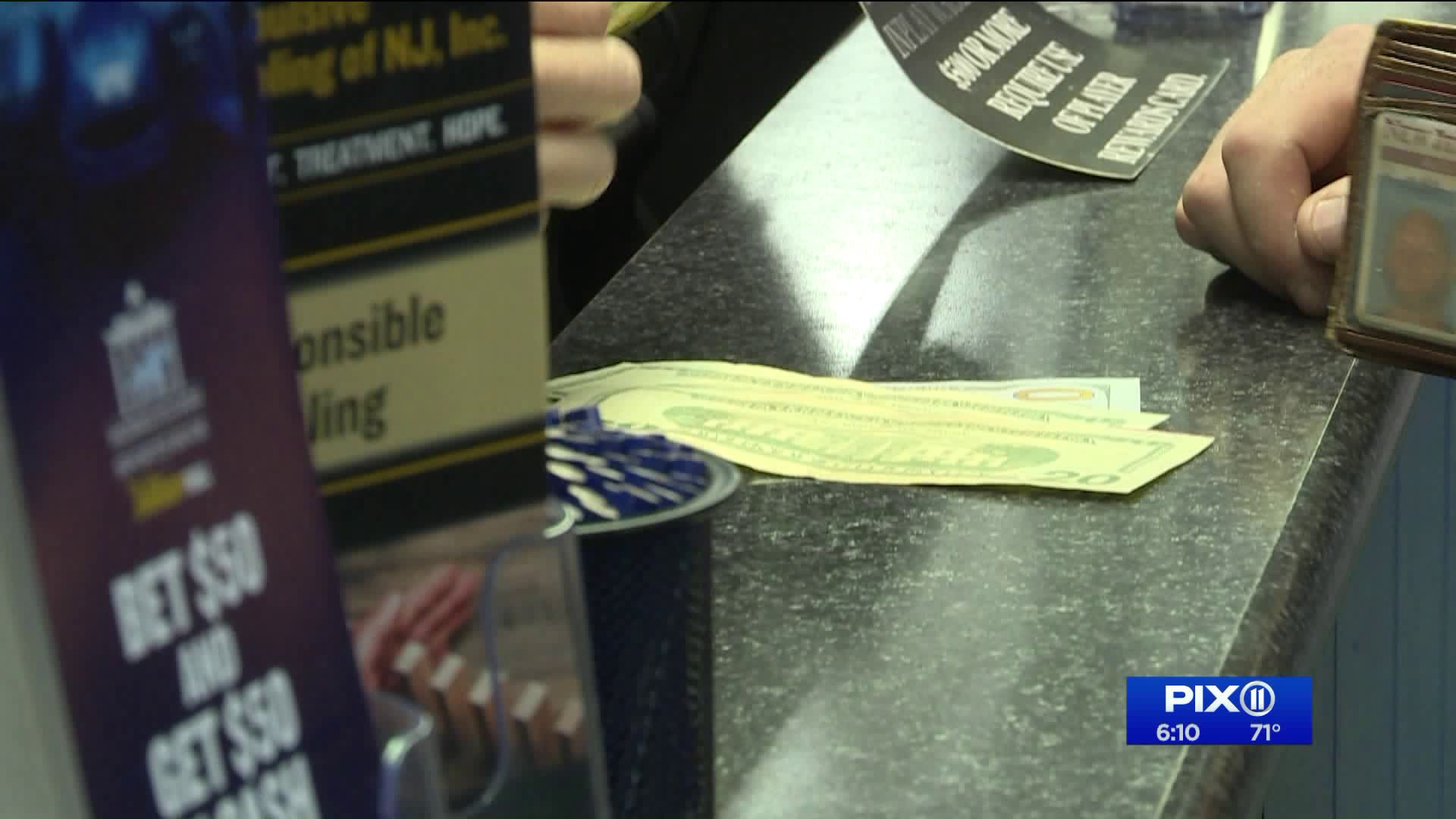 “I didn’t expect all the cameras,” said Harris.

The 24-year-old had just graduated from college — and found a career in this new industry. He was enlisted to accept the state’s first wager from the Governor.

His role earned him a nickname from William Hill’s CEO. William Hill runs the sports book at Monmouth Park.

“He called me Ice,” said Harris. “The reason he called me Ice is cause I was cool and calm with all the media on me after making a bet. So now whenever my name and stuff gets thrown around in e-mails they refer to me as Ice.”

Betting on the budding industry has been a win for “Ice”, and so far, for the state.

Governor Phil Murphy has projected New Jersey will overtake Nevada as the sports betting capital of the United States.

In the same time period - Nevada has taken over $5 billion.

But none come close to match the cash New Jersey and Nevada are pulling in.

Sports betting has given a much needed boost to the casinos in Atlantic City.