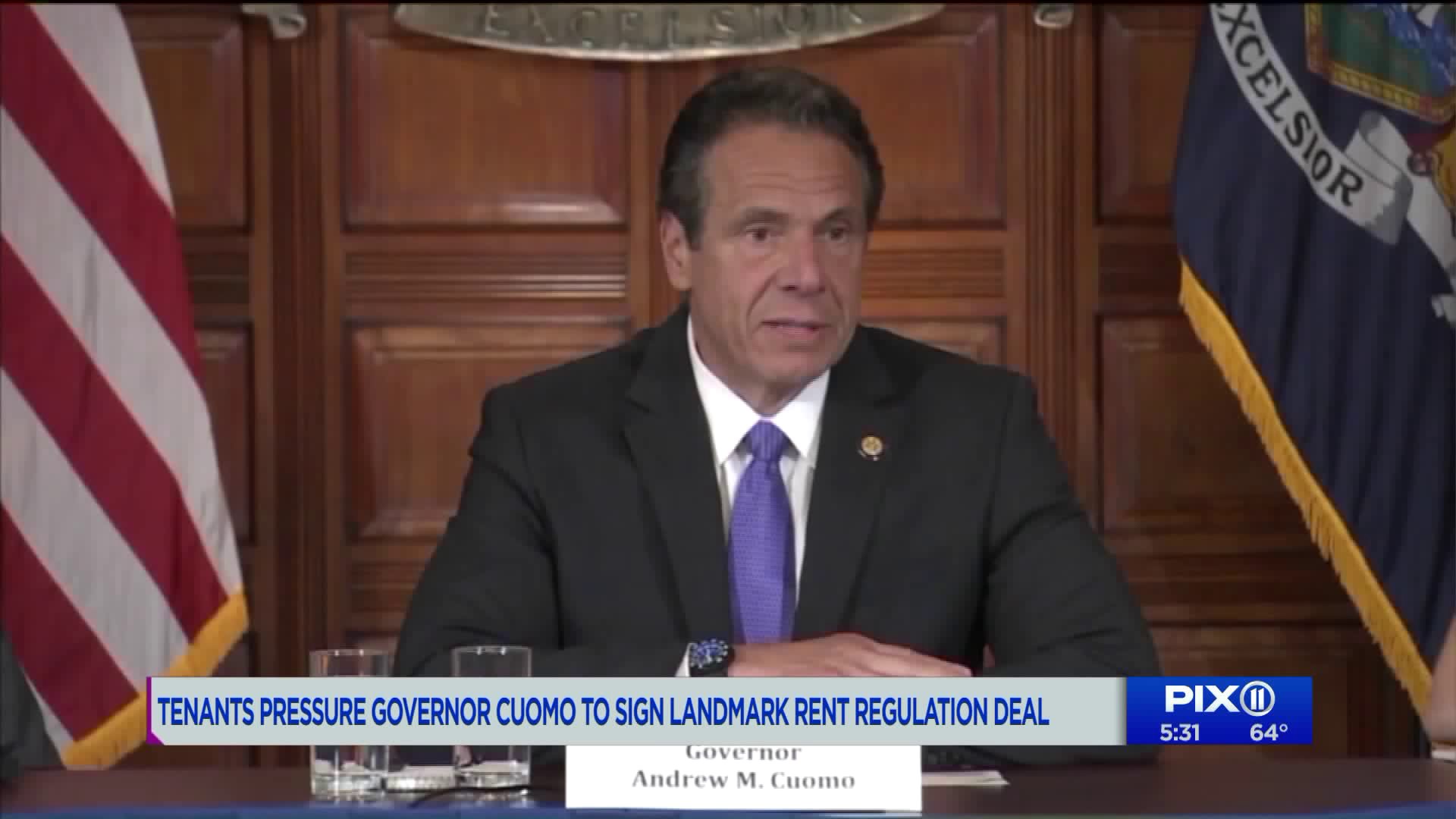 Tenants who have been pressuring legislators to pass a landmark rent regulation deal are now turning their attention to Governor Andrew Cuomo.

MANHATTAN — Tenants who have been pressuring legislators to pass a landmark rent regulation deal are now turning their attention to Governor Andrew Cuomo.

They want to make sure that once the legislature passes the bill, expected to be voted on tomorrow, Governor Cuomo signs it. The governor has said he will sign the agreement, which is seen as a huge blow to New York's real estate injury and a victory for tenants.

The legislation would essentially eliminate the deregulation of rent control apartments, as well as the ability to significantly hike rent when a tenant moves out and lower the amount a landlord could hike the rent for building improvements.

There's also new protections for all tenants, such as limiting security deposits to one month's rent, making unlawful eviction a Class A misdemeanor, eliminating blacklists for rental agencies and protection against retaliatory evictions.

"There will still be gentrification, but we have a tool set now that’s a little more robust that gives us a chance to really be able to fight," said Esteban Giron of Crown Heights.

Governor Cuomo has pledged to sign whatever bill eventually makes its way to his desk.

"I believe it is a step forward," he said. "I believe this is the best tenant protections that they will pass and I will sign it."

Tenants have been rallying at his office to make sure he keeps his word.

For their part, the real estate industry trade groups say the deal is bad for New Yorkers. They argue it won't create new affordable housing, fails to address the city's housing crisis and will lead to hundreds of thousands of rent-regulated tenants living in buildings that are likely to fall into disrepair.