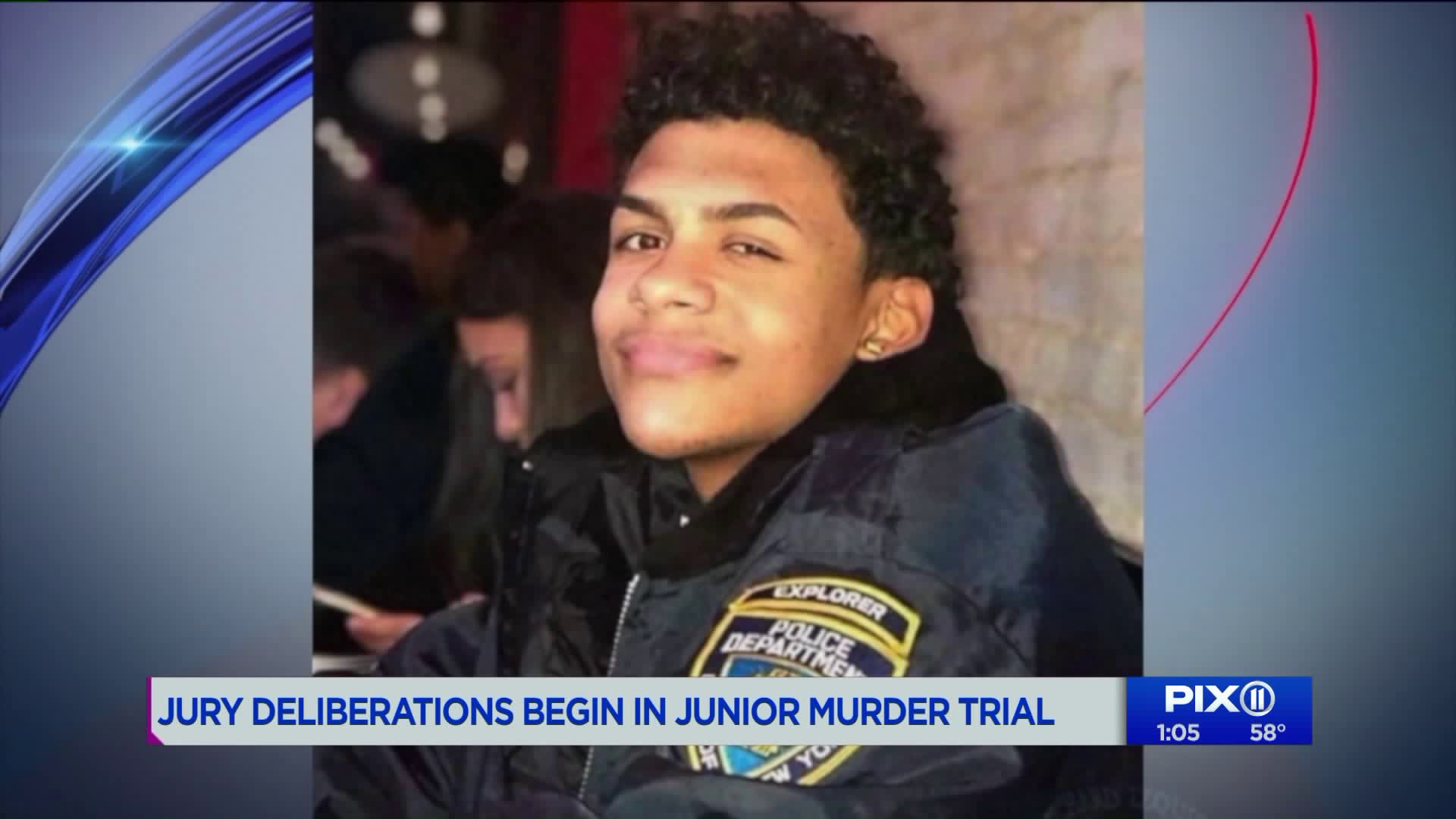 James Ford is live from the Bronx courthouse where five men are on trial in the murder of "Junior" Guzman Feliz, as the jury begins deliberations. 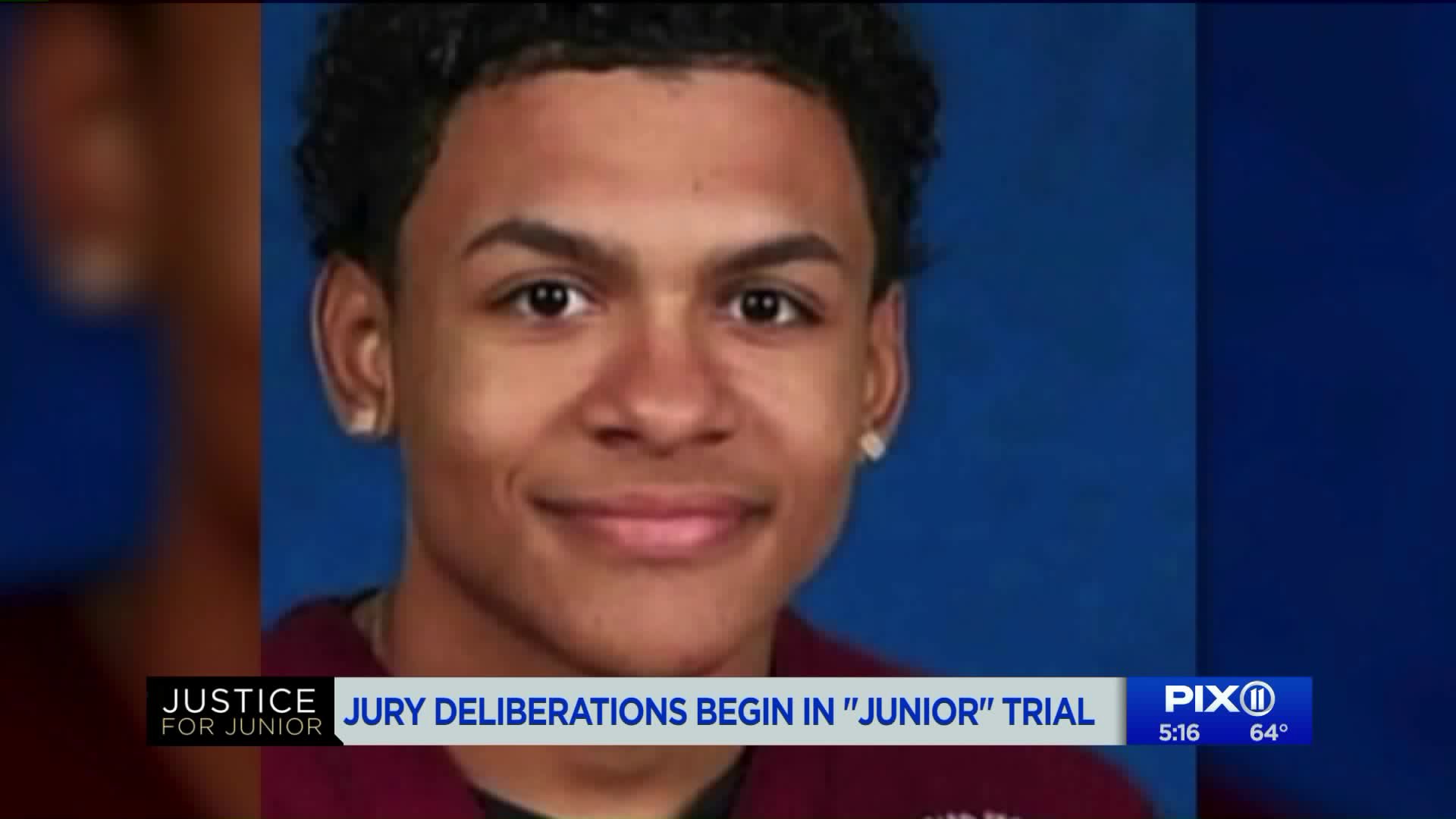 After weeks of testimony, the jury must now determine the fate of five men accused of killing an innocent 15-year-old boy outside a Bronx bodega on June 20, 2018.

Lesandro “Junior” Guzman Feliz was dragged from the bodega at East 183rd Street and Bathgate Avenue in Belmont, and killed by a group of gang members with knives and machetes.

Next week marks one year since the slaying.

Fifteen men, all members of the Trinitarios gang, were arrested over the course of the investigation. In the first of multiple trials, five Trinitarios are accused in Junior’s murder, in which police say he was mistakenly targeted.

To be convicted of first-degree murder, it must be proven that a defendant intended to both kill and torture the victim.

Defense attorneys argued that their clients did not intend to kill Junior, while prosecutors argued the opposite.

Defense attorney Kyle Watters, who represents Estrella — seen on surveillance video delivering the fatal blow to Junior's neck — said his client only meant to harm, not kill the teen.

"Yes, he put the knife through his neck. It's horrific," Watters said. "But he acted with intent to harm. He did not act with the intent to kill."

The trial had been especially trying on Junior’s family. His father was escorted out of the courtroom on May 6 after using profanity at a defendant who allegedly gave him a provocative look. On June 4, Junior’s mother was banned from the courtroom for the remainder of the day after outbursts. She later agreed to watch the remainder of the trial from a separate “overflow” room.

“My son was a little shy kid, 15 years old, just starting his life. He was a sweetheart. He’d never been in a fight in his short life,” Leandra Feliz told PIX11 just days after her son’s killing.

He’d joined the NYPD Explorers program — an organization for youth interested in a career in law enforcement — and was planning on eventually becoming a police officer.

“His dream was to be a detective. Since he was 5 years old, he liked to play with police cars. He would say, ‘Mommy, I want to be a police officer,'” Feliz said.

Since his killing, “Justice for Junior” has become a rallying cry for the teen, along with the accompanying hashtag #JusticeForJunior.