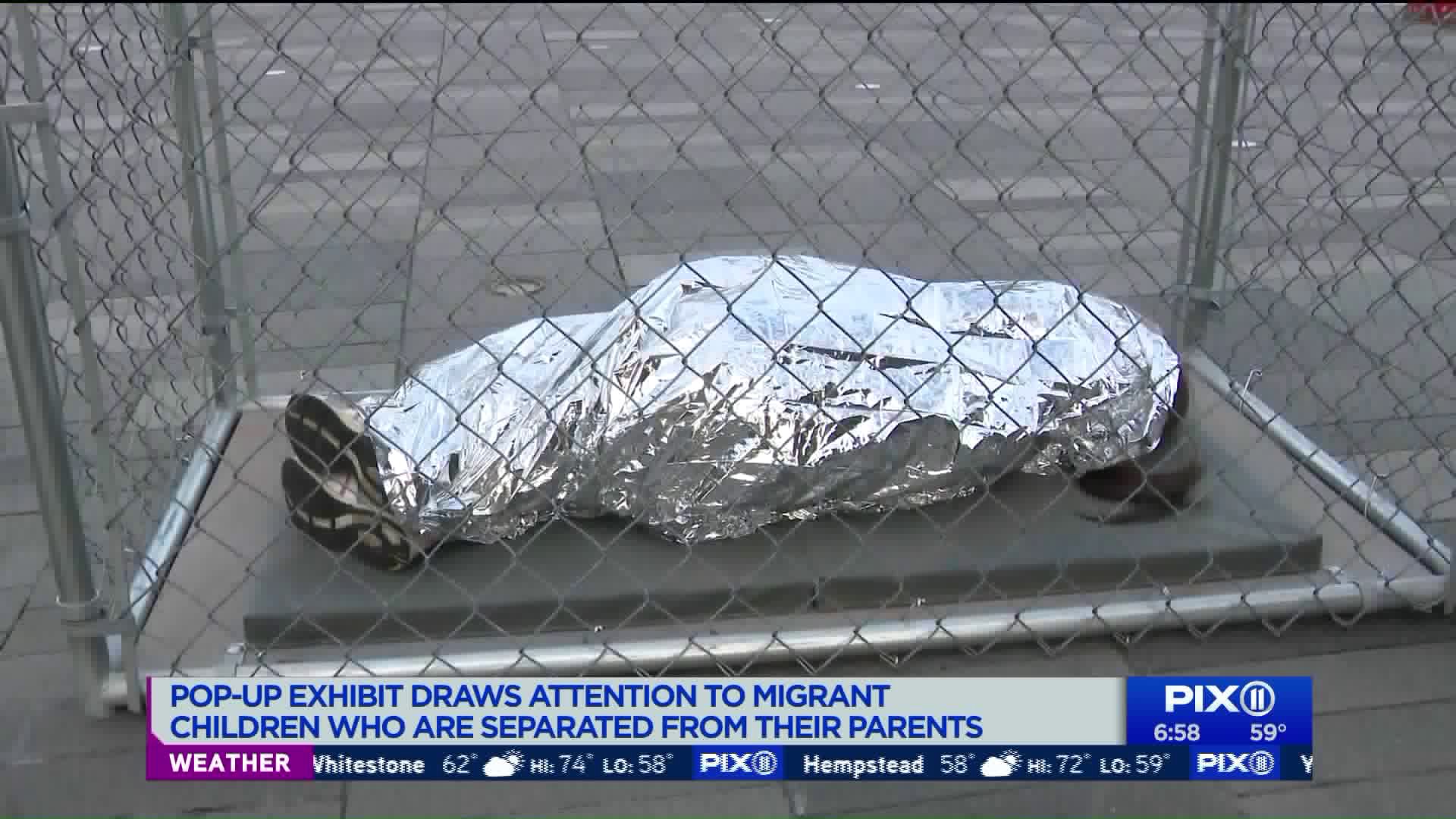 Dozens of guerrilla installations depicting models of "children" in cages popped up around New York City stopped New Yorkers in their tracks Wednesday morning, drawing attention to the treatment of migrant children being held by the government at the U.S.-Mexico border. 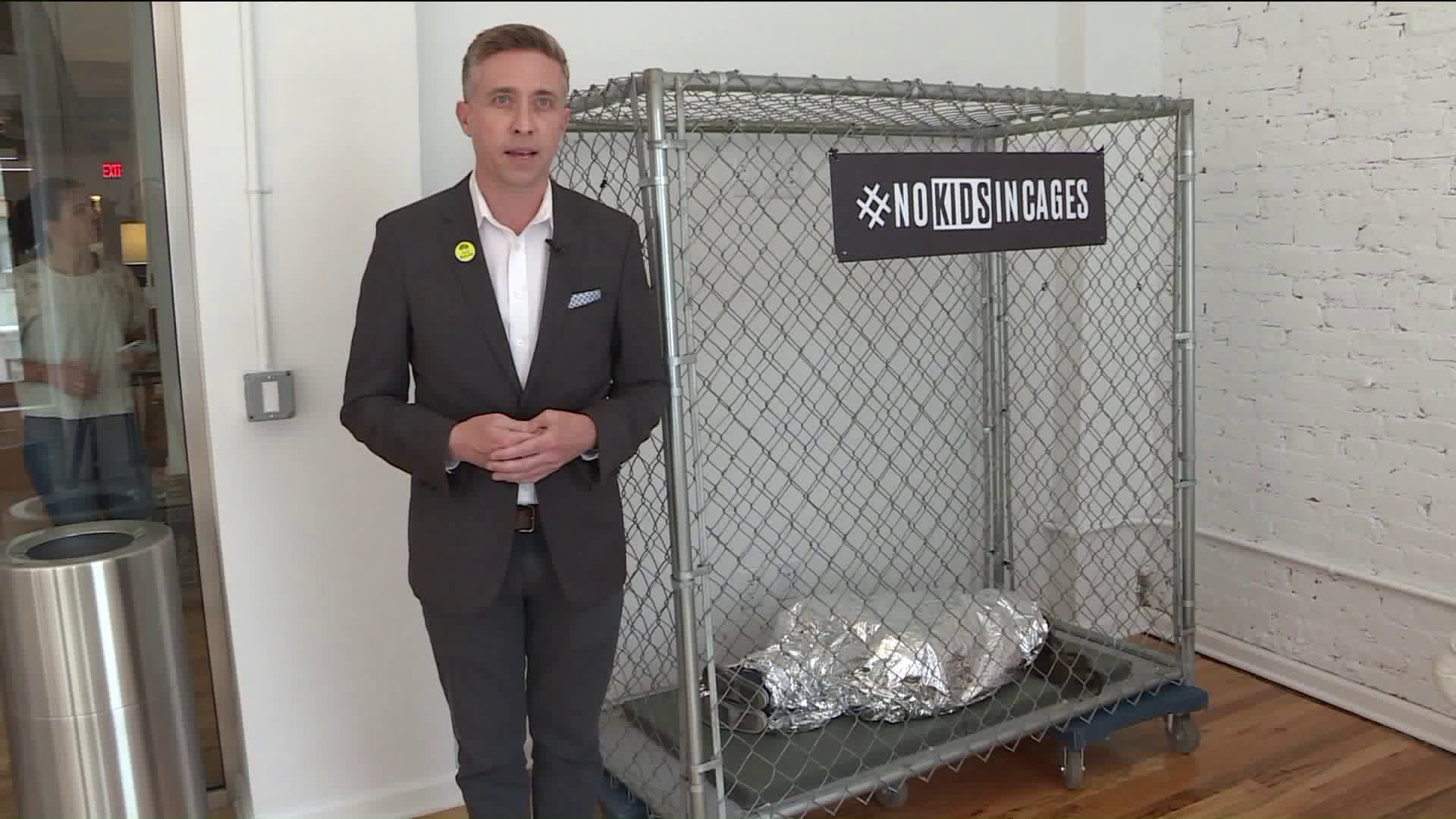 Dozens of pop-up installations around the city are stopping New Yorkers in their tracks Wednesday morning, hoping to draw more attention to the treatment of migrant children in government custody at the U.S.-Mexico border.

The 24 installations are powerful, haunting and some are saying disturbing, but organizers say that's the point.

The pop-up exhibits are models of "children" in fenced-in cages, wrapped under thin blankets on the ground, audibly crying - using real audio recordings of children crying.

Kicking off the #NoKidsInCages campaign to bring more attention to the crisis at the border, the organizers say they are intended to be "an emotional, provocative, multi-sensory experience that represents the conditions that children are being subjected to at the border due to the Department of Justice's Zero Tolerance Immigration Enforcement Policy."

Six migrant children have died in recent months while in government custody, while thousands of children have been separated from their parents and shuffled from state to state.