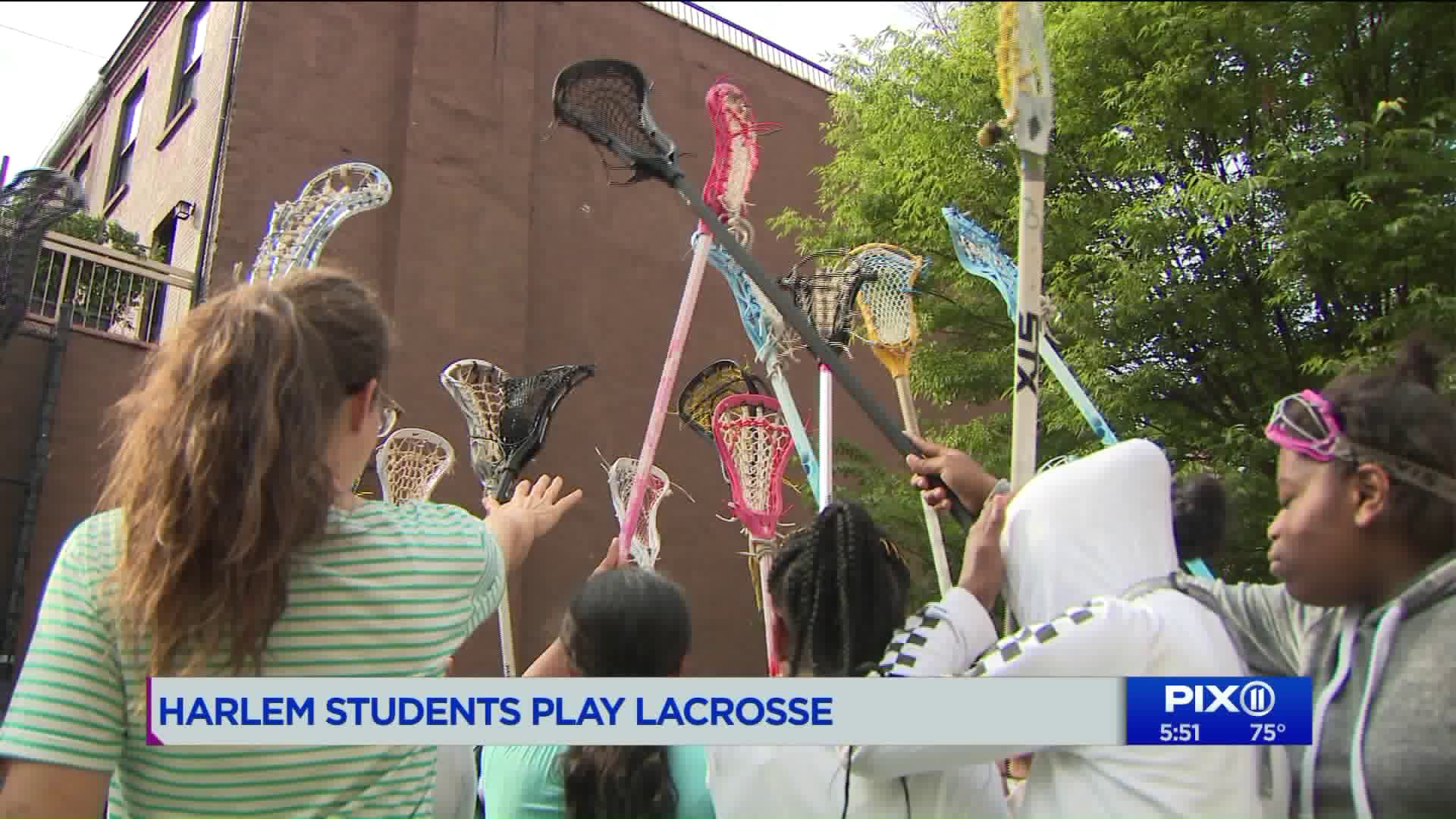 The program has been around for a few years, but is growing. It introduces lacrosse to kids who are either academically having trouble or need some kind of outlet in their lives. It`s unique because it guides kids both in and off of the field.

They may not fit the stereotype, but some young Harlem athletes are breaking the mold when it comes to the sport of lacrosse. They practice on concrete, and often travel on foot and by bus before arriving to one of their games. They are grateful for all of it.

Lacrosse is often categorized as a sport for the elite, for kids in the suburbs and most often dominated by white students. But efforts to diversify the sport have been underway; one program in particular is doing it in Harlem.

The neighborhood long known for jazz, soul food and black heritage is now trying to make a name for itself in lacrosse. Harlem Lacrosse was founded in 2008 and kickstarted in Harlem at Frederick Douglass Academy. The school based, non-profit is full day and year round with more than 800 students participating, beginning in 6th grade. The program targets those students who are most in need academically, behaviorally or socially for an outlet.

Twins Zareen and Zareena Sorho, 13, didn’t even know anything about the sport three years ago.No the sisters have earned full scholarships to Mercersburg Academy in Pennsylvania because of their abilities and their parents couldn’t be happier. Their mother, Tawanwa Sorho, said she didn’t know how skilled the girls were on the field until she got a call from their coach.

“We have given and they have given us back with all their hearts,” said Sorho.

Harlem Lacrosse tutors are with the students from morning to night and their numbers and methodology, the organization said, speaks to its success. Grade averages grow. They said of their students that apply to boarding schools, 95% are accepted, and 100% of those students graduate to go on to college.

“Students born in certain zip codes are not afforded the same opportunities as their more affluent peers. The stereotype we exist to break and the mission we exist to move forward is [that] every kid has potential,” said Devin O’Brien, the Executive Director of New York’s Harlem Lacrosse.

As for Zareen and Zareena, their dreams won’t stop at Mercersburg and they plan on taking their talent to the collegiate level.

To learn more about Harlem Lacrosse, you can visit their website at www.harlemlacrosse.org