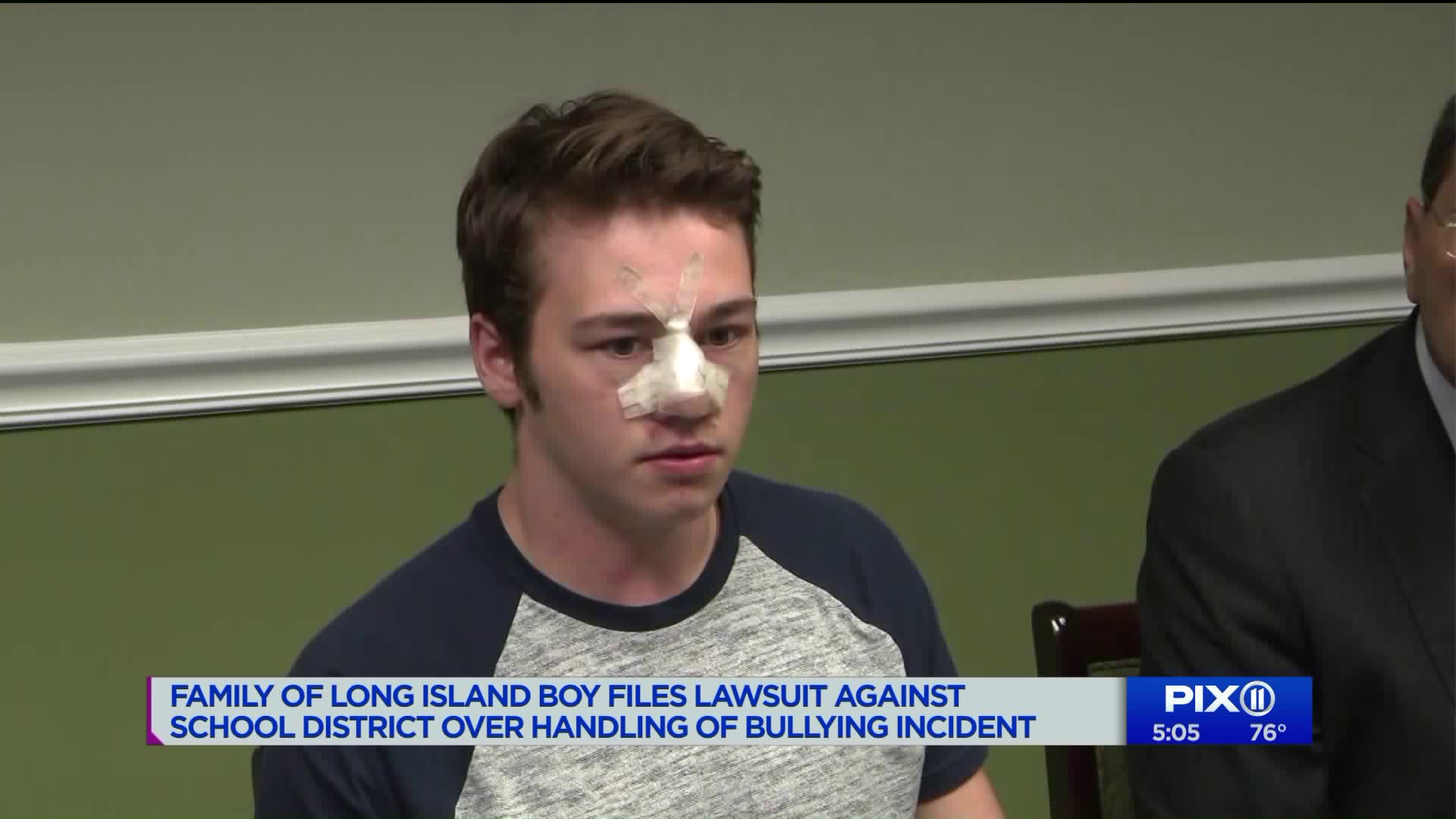 Video shows him being knocked down and beaten at a party. Bones were broken and most of his front teeth were knocked out. The Long Island teen believes he was attacked because he reported students for vaping in a school bathroom.

LONG ISLAND — His bones were broken and most of his front teeth were knocked out during a caught-on-camera beating at a house party.

Ethan Treto, a student at Center Moriches High School, never thought he would be the victim of violent bullying. He believes he was attacked over Memorial Day Weekend because he reported students for vaping in a school bathroom.

Treto was hit over the head with a bottle during the assault.

No one stepped in to help. Treto called 911 himself.

The teen's parents thought the school's code of conduct policy, which states "off campus behavior that endangers the health and safety of students will not be tolerated," would have protected their son.

The family's attorney believed the school dropped the ball in this instance. He said the teens who attacked Treto have a history of bullying other students and that the school knows about it.

Treto said he's continued to receive threatening messages from the teens who beat him. He doesn't want to return to school.

His father said this is part of a bigger problem.

"This kind of incident happens and kids are suppose to be protected at school, but now my son is scarred for the rest of this life," he said.