Defense lawyers in ‘Junior’ trial argue defendants were only trying to rough him up, not kill him 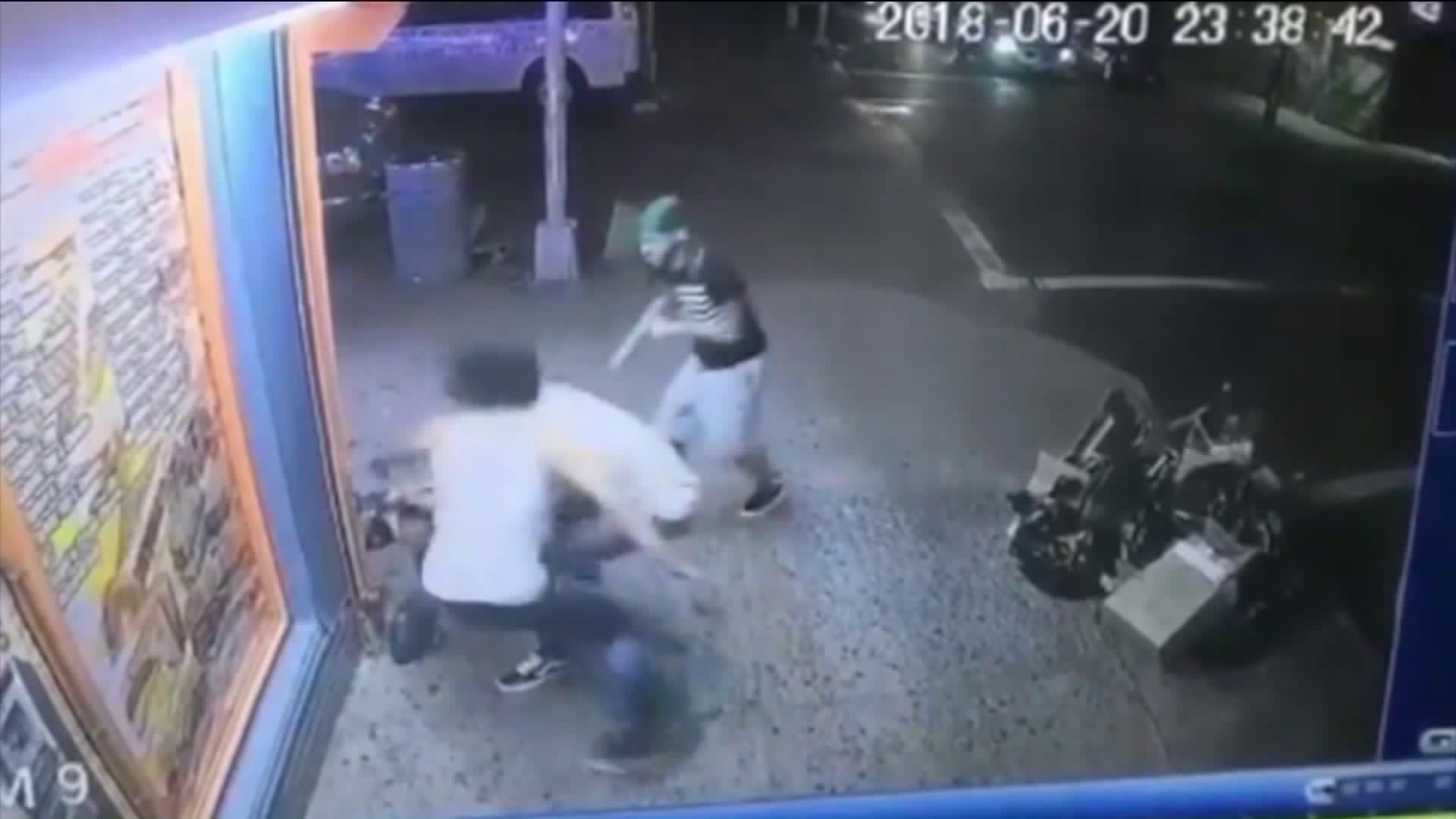 That`s the pitch defense attorneys for four of the five murder defendant made to jurors on Monday in a last-ditch effort to convince them that only one suspect actually killed the teen.

CONCOURSE, The Bronx -- They were just trying to rough "Junior" up — not kill him, so they don't deserve the most severe punishment.

That’s the pitch defense attorneys for four of the five defendants in the murder case made to jurors on Monday in a last-ditch effort to convince them that only one of the five actually killed Lesandro “Junior” Guzman Feliz in a brutal attack almost one year ago.

After weeks of testimony and delays, the defense team made their summations on Monday, painting a picture of a group of men who had no intention of killing Junior.

Indeed, Martin Goldberg, the attorney for suspect Jose Muniz, referenced his client’s use of a machete in the case. He said his client turned the machete blade from its sharp, slicing side, to its blunt side during the attack on Junior, and the attorney referenced surveillance video that he said supported his claim.

Goldberg also said that Muniz’s use of the blunt side was done intentionally so that it would frighten and intimidate Junior, but not cause any serious injury.

Goldberg said Muniz had every opportunity to "deliver mutilating blows to him, but he didn't."

"Jose Muniz has no one to blame but himself for getting involved with this group of idiots," Goldberg said to the jury in closing. "But he is not a killer."

The other attorneys made similar appeals to the jury, arguing their clients were involved in a “gang assault,” and pinning the murder on the defendant who, according to the medical examiner, delivered the fatal blow — Jonaiki Martinez Estrella.

When surveillance video of the dragging and beating was released, it was initially called the “machete murder” because Muniz was seen with the machete in videos.

However, according to Dr. Sophia Rodriguez, the medical examiner who performed the autopsy on Junior and testified Friday, the fatal blow did not come from the machete. It came “from a knife 4 1/2 inches in depth — cutting his jugular vein” and going through Junior Guzman Feliz’s neck.

On Tuesday, Jonaiki Martinez Estrella will get his final opportunity to make his case for innocence. His attorney, Kyles Watters, will defend.

That summation will be followed by a closing argument by prosecutors, closing the trial.

Wednesday is a pre-scheduled day off from the trial, and Judge Robert Neary said that the jury could get the case as early as Thursday, and then will begin deliberations.

A verdict could come as early as Friday, although with so many defendants facing so many charges, it may take days for the jury of 11 women and one man to conclude.

The defendants face up to life in prison if they’re found guilty.