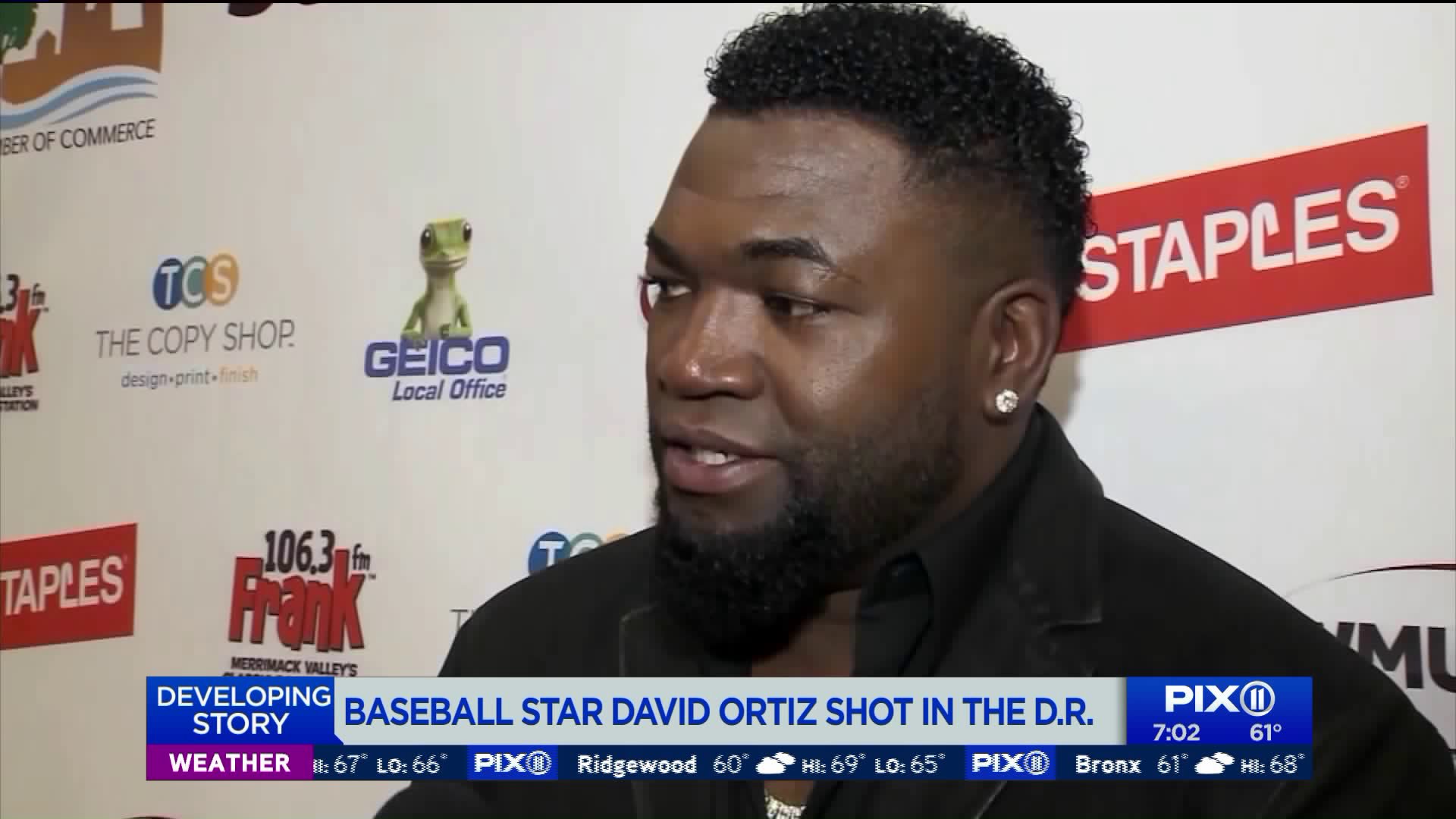 Former Boston Red Sox star David Ortiz is recovering from surgery after being shot in the back in the Dominican Republic on Sunday, according to Felix Durn Mejia, a spokesman for the Dominican National Police. Durn Mejia told CNN that Ortiz was shot in the back in "an incident that took place at Dial Discotheque in Santo Domingo." Durn Mejia said Ortiz was shot by a motorcyclist who approached Ortiz directly.

Former Boston Red Sox star David Ortiz is recovering from surgery after being shot in the Dominican Republic on Sunday, according to Felix Durán Mejia, a spokesman for the Dominican National Police.

Durán Mejia said when Ortiz was shot, "the bullet went through his stomach." Ortiz is in stable condition and "out of danger" after undergoing surgery, Durán Mejia said.

Ortiz's father, Leo Ortiz, told reporters in Spanish, "He is resting right now. He is stable."

A second person, television host Jhoel Lopez, who was with Ortiz, was also shot, according to his wife Liza Blanco.

Blanco told media outside the hospital that Lopez did not need surgery. The bullet entered and left his body.

"They were both on their backs. It was very fast. He doesn't remember much because he was also in shock from the bullet wound," Blanco told reporters in Spanish. "But thank God he is stable and that's all I wanted to say and thank you again for your concern and for being patient."

Multiple people have been detained in connection with the shooting, Durán Mejia said. It's unclear whether the motorcyclist is in custody.

One of the suspects who is believed to be involved in the shooting is being treated at a local hospital in the Dominican Republic, the Dominican Health Service (SNS) said in a statement.

The suspect, the statement said, was hit and attacked by bystanders immediately after Ortiz was shot.

Ortiz, also known as Big Papi, was born in Santo Domingo and made his Major League Baseball debut in 1997, according to MLB's website.

The legendary slugger played 20 seasons before retiring in 2016, MLB states. His first six seasons he played with the Minnesota Twins, and he played the remainder of his career with Boston Red Sox.

Ortiz was a 10-time All Star and a three-time World Series champion, MLB states.

Sports world and beyond respond to shooting

"Six years ago, David Ortiz's spirit and resolve helped us all begin to heal from the Boston Marathon bombing," Obama recalled. "Today, I want to join many others in wishing him a speedy recovery of his own."

Six years ago, David Ortiz's spirit and resolve helped us all begin to heal from the Boston Marathon bombing. Today, I want to join many others in wishing him a speedy recovery of his own. Get well soon, Papi. pic.twitter.com/9orpBgnVI5

The Boston Red Sox released a statement early Monday saying that they offered Ortiz's family any resources he may need during his recovery.

"It's crazy to hear what happened to David Ortiz. It goes to show you that anyone can be in danger at anytime no matter your status. Get well soon Big Papi. I'm praying for you," said New York Yankees pitcher Nestor Cortes.

"Anxiously waiting for more news. In the meantime, only prayers for @davidortiz, Tiffany and their family," said former New York Yankees star Alex Rodriguez on Twitter.

"Are you serious?!?! You disrespect the legend @davidortiz in the motherland? Is you f#%*?!# dumb?!? Prayers up for the one and only Big Papi. The island is a scary place for homeboy right now," tweeted Minnesota Timberwolves Center Karl-Anthony Towns.

"Our thoughts are with David Ortiz, who is reportedly hospitalized after being shot in his hometown of Santo Domingo, Dominican Republic," the league's tweet read.