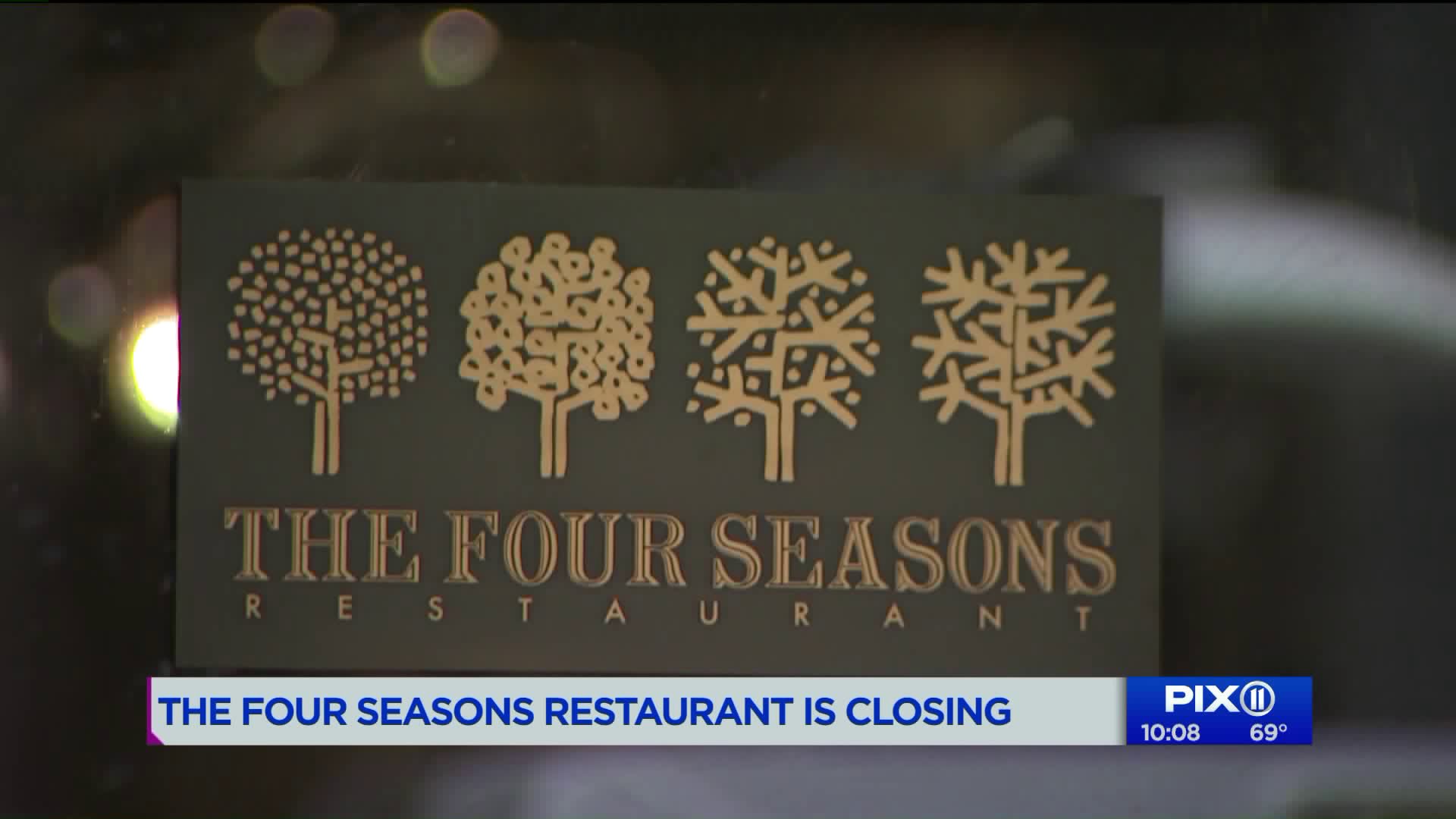 This time, the `power lunch` spot for Manhattan moovers and shakers appears to be going away for good.

MIDTOWN MANHATTAN — The three martini power lunch crowd of the “Mad Men” era disappeared a long time ago, but the new version of the old Four Seasons restaurant was hoping to survive at its new location on East 49th Street.

It wasn’t meant to be — and now longtime customers are heartbroken.

“Every family birthday, every anniversary, they were all celebrated at The Four Seasons,” said Miriam Berezin, a longtime customer. “The best, the best.”

The 97-year-old devoted customer and her family were celebrating her birthday at her favorite restaurant.

Berezin’s been going to The Four Seasons for close to 60 years. It was PIX11 that had to break the news to her, ever so gently, that it’s closing forever this Tuesday.

“They didn’t make it?” Berezin asked. “Anyway, I got to see the new one, and we go on from there,” she added.

Her son had his explanation for the closing.

“Times have changed and they got a bum review from the New York Times,” said longtime customer Marc Berezin. “People’s dining tastes have changed, but not ours. We still love soufflés,” he added.

This iteration of The Four Seasons reopened just 10 months ago, following a two-year closure after it moved out of its longtime, iconic space in the Seagram building.

Alex von Bidder, The Four Seasons managing partner, said the cost of running a restaurant in New York city was just too much.

“We have been privileged to work with one of the finest culinary teams and outstanding staff that has stayed with us through some challenging times over the course of our history. We thank our loyal guests for the opportunity and support over the years.”

90 employees, including the longtime general manager, will be unemployed as of June 12th.

“You have 90 people going out of job,” said general manager Daniel Sanon. “It’s sad. You go through different emotions. You’re sad, you’re mad, but you deal with it.”

With cocktails starting at $18 and entrees hovering around $50, the menu might be a little pricey for some — but not all.
This customer loved the $30 million decor.

“I love the design done by a famous architect,” said Thomas Guss. “And I love the food.”

There are just two days left of power lunches. The Four Seasons Restaurant officially closes on June 11th at 9 p.m.