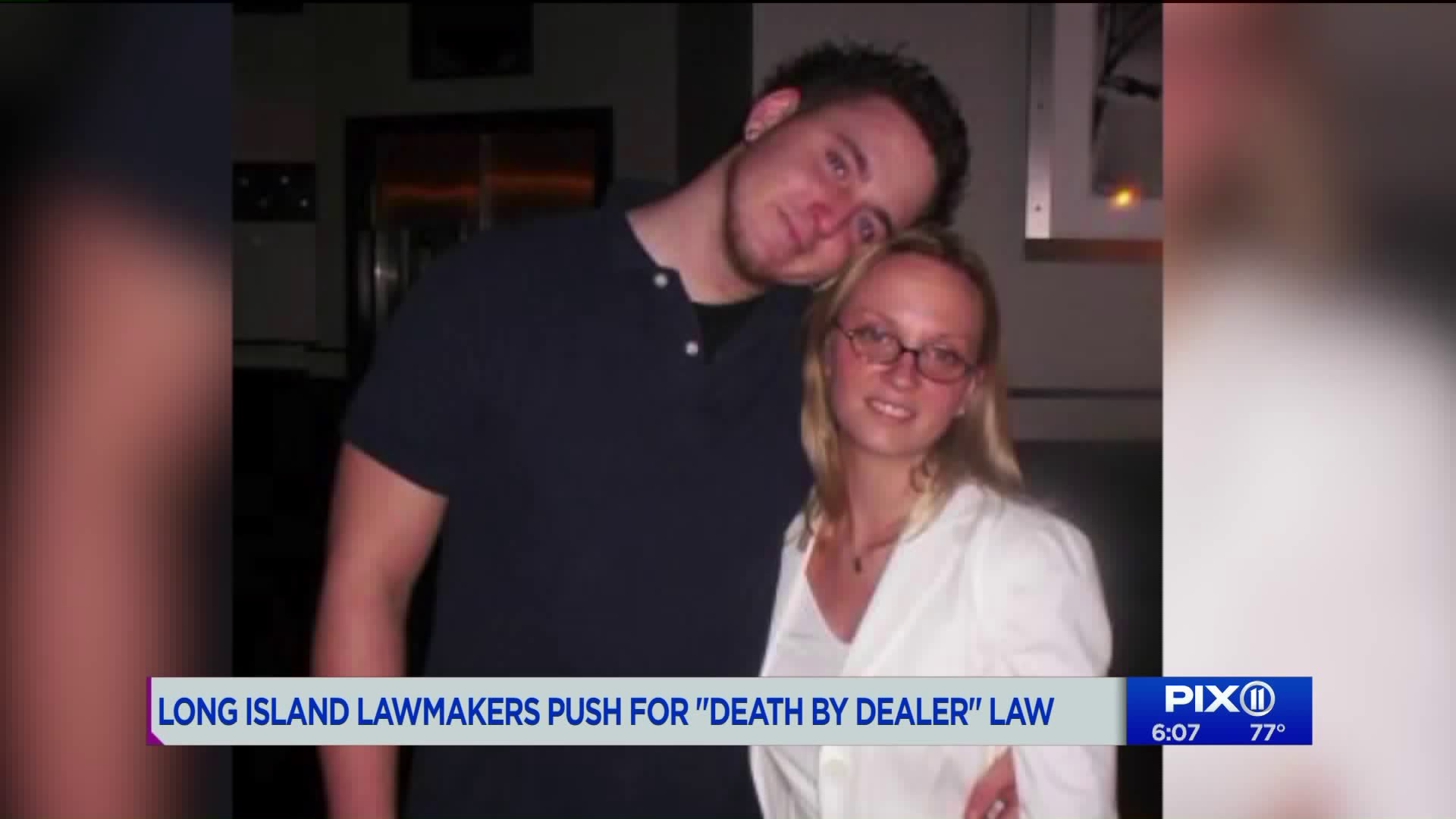 A local mother is fighting for the proposed legislation to pass after her son`s death.

MASSAPEQUA PARK, Long Island — A grieving mother and lawmakers had one common goal on Long Island Friday: to urge legislators in Albany to pass a bill holding drug dealers accountable for overdose deaths.

“My son Timothy died 10 years ago this August. Four months before he died he reported a doctor who led him down the road to opioid addiction.”

Terry Kroll who lives on Long Island, lost her son to an opioid overdose.

10 years later, she still can’t believe the doctor who she says was arrested only got 6-months in jail.

“I thought the doctor who prescribed to Timothy should be charged with murder,” Kroll said.

Kroll, who is now an advocate for stronger drug laws, supports the Death by Dealer statute.

“[The statute] allows prosecutors to charge an individual with homicide if they illegally sell an opioid controlled substance like heroin or fentanyl to a person who later dies from its use.”

Assemblyman Mike LiPetri is calling for the bill’s passage.

“There are criminals who exploit victims every day suffering from substance abuse disorders and literally getting away with murder,” he said.

He was joined by activists, community leaders and Nassau County’s top cop at a news conference in Massapequa Park Friday.

According to the Nassau County Health Department, last year there were 79 opioid deaths in the county, and 191 in 2017.

While some lawmakers don’t want to change the penal law, saying it’s too harsh and increased penalties might be used against someone who should be receiving help, mothers like Terry say being charged with criminal sale of a controlled substance when death is involved, is not enough.

The death by dealer statute is being held up in the Assembly in Albany.

LiPetri said he hopes the bill gets a final vote and becomes law to help with the opioid epidemic on Long Island specifically.