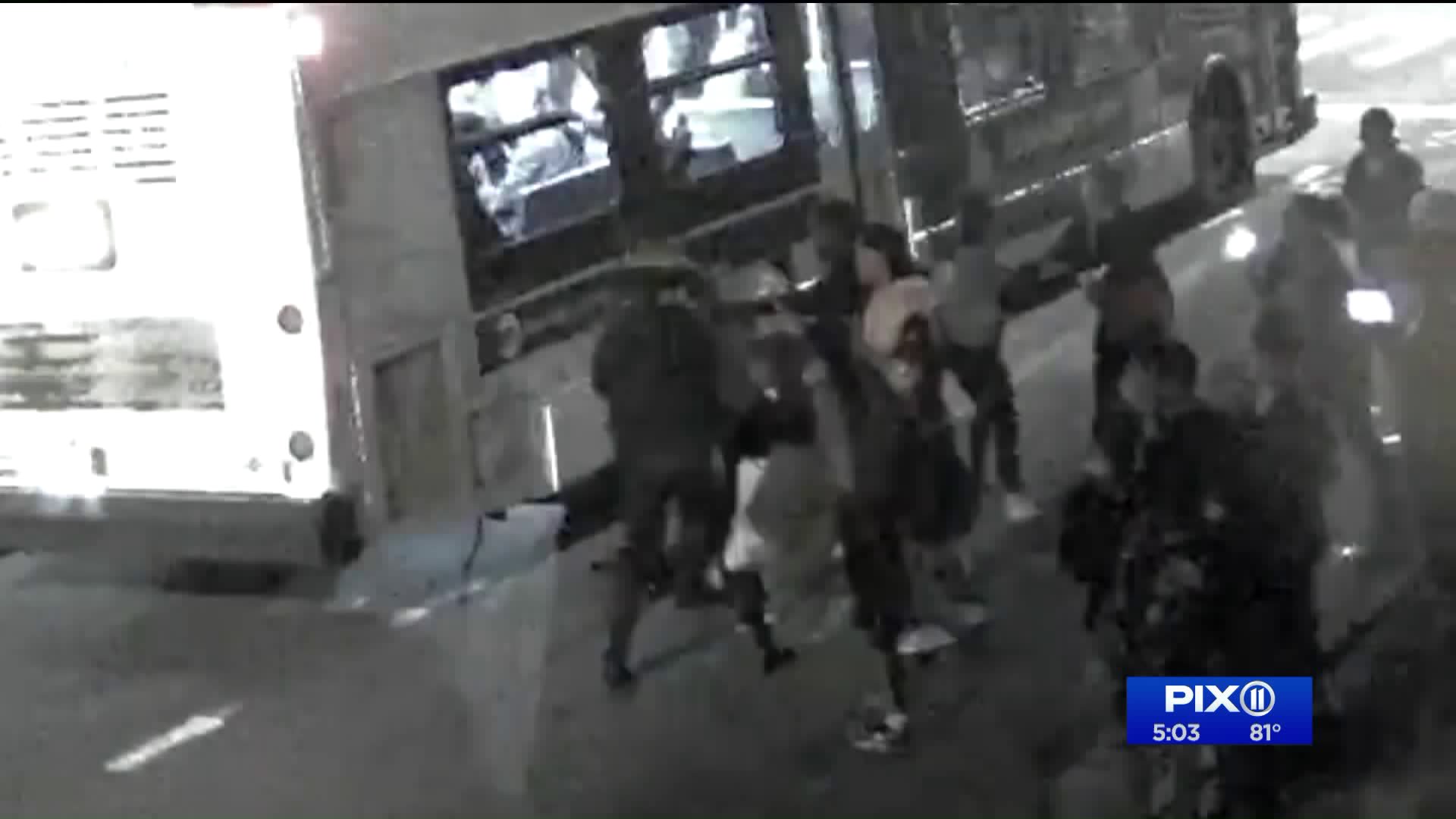 She took a beating at the hands of some teens who`d allegedly attacked her because of her religion.

CONCOURSE, THE BRONX —She took a beating at the hands of some teens who'd allegedly attacked her because of her religion. Now, a Muslim woman says that the only reason she's getting any justice in the case is that she -- not police -- found the shocking surveillance video evidence that proves what happened. Late on Friday afternoon, the NYPD announced that because of the surveillance footage that she'd found, its Hate Crime Task Force is investigating.

Fatoumata Camara, 22, said that she shouldn't have had to find her own evidence to prove what had happened to her.

"The worst thing about the whole situation," Camara told PIX11 News, " is the police not doing their job."

The video, from two different cameras near the corner of Third Avenue and East 168th St., in the Morrisania section of The Bronx, shows her get off a Bx35 bus the night of May 10th. She'd exited the bus, she's said, after a group of teens had taunted her onboard for wearing a hijab, a head covering worn by some Muslim women.

The worst aspect of the video, Camara said, was, "Me going out and, you know, finding the footage myself, and [detectives] telling me there was no camera around the area where the incident happened."

The video, which Camara obtained herself, after detectives at the 42nd Precinct told her that no video existed, shows Camara confront the teens, through the rear door of the bus.

Those young people then get off the bus, and a beatdown takes place. At least five people appeared to be involved, according to Camara. Somebody in the group eventually removes Camara's hijab, and it's clearly seen in the surveillance video.

A Good Samaritan intervenes and helps Camara move away from the group. However, she and her alleged attackers are seen continuing to interact verbally. About four minutes after the incident began, another physical confrontation between Camara and the group is visible in the footage.

Police arrive about five minutes after it all started.

"They arrested three people at the scene," Camara said. "I don't understand why they would let them go."

She met on Friday afternoon with investigators and lawyers in the Bronx district attorney's office. Her lawyer, Ahmed Mohamed, of the Council on American-Islamic Relations, or CAIR, told PIX11 News that Camara intends to cooperate fully with an investigation.

However, Mohamed added, "If it hadn't been for media attention," her case may not have been taken seriously by the district attorney and the police, he claimed.

There is no word about the alleged attackers at this time. They may be minors, and therefore possible criminal information about them is not disclosed.