Holocaust survivors speak out amid rise in hate crimes 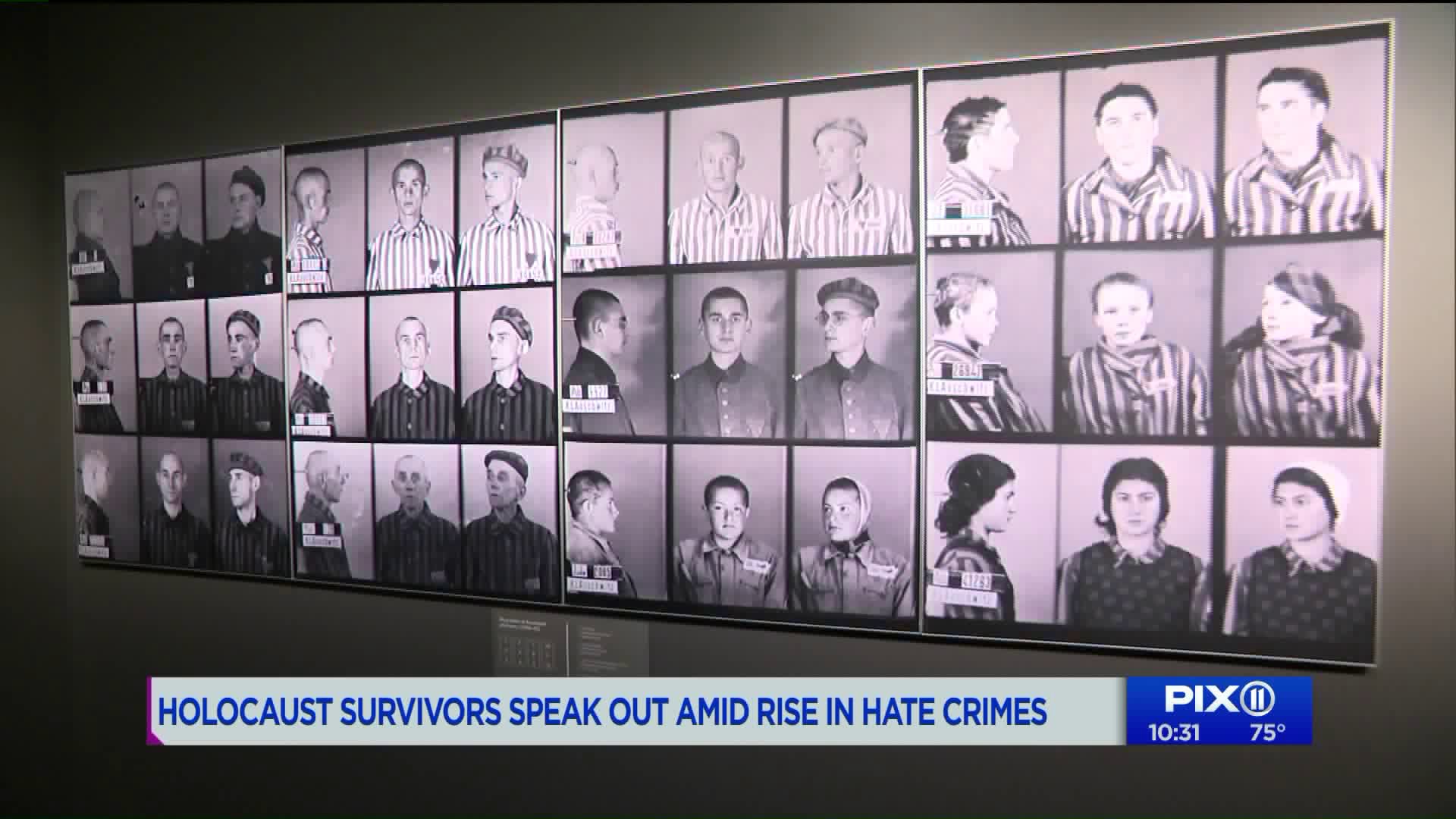 Amid a rise in antisemitism in America, survivors of the Holocaust are speaking out.

NEW YORK — Five Jewish people with a common bond: They are survivors of the Holocaust whose families were among the millions lost during humanity's darkest hour.

They gathered at the Museum of Jewish Heritage to view a living memorial to the Holocaust. The images rekindled thoughts of loved ones lost.

"Every time I see a picture of Auschwitz, I look if I can see my father, my grandfather, my mother, my other grandparents and I've never found them," said Dr. Ruth Westheimer, who survived the tragedy.

"I never forget, I never forgive," said Ruth Mermelstein, who lost six sibling and their parents at Auschwitz. She still cannot shake the memory of an encounter she had with another woman.

"She showed me a pile of ashes and she said this is where your parents are." She fears with the dramatic rise in anti-Semitism, lessons from the past haven't been learned.

"It's very frightening to me, because this is how it started. I say 'Please God,' he should look down and see to it that this shouldn't happen again."

"I couldn't recognize my mother, I couldn't find her in the crowd, because I've never seen her without hair," said Tova Friedman. She says she survived Auschwitz because her mother hid her among corpses. Her parents survived, but 150 family members did not.

Friedman is worried about the rise in incidents against the Jewish people.

"I don't think people realize what hatred and prejudice can do and how far it can go. It's like a cancer, if you don't stop it right now, it'll spread."

Friedman and Mermelstein compared the prison numbers tattooed on their arms. Friedman says a prison guard gave her a small number so that she could wear a long shirt and not feel ashamed.

Dr. Ruth sees parallels between the past and present.

"When I see pictures of children being separated from their families, it makes me cry. That's what happened to me. I waved goodbye to my family and I never saw them again."

"This should say to the haters that this really happened and this is the result of hate," he said.