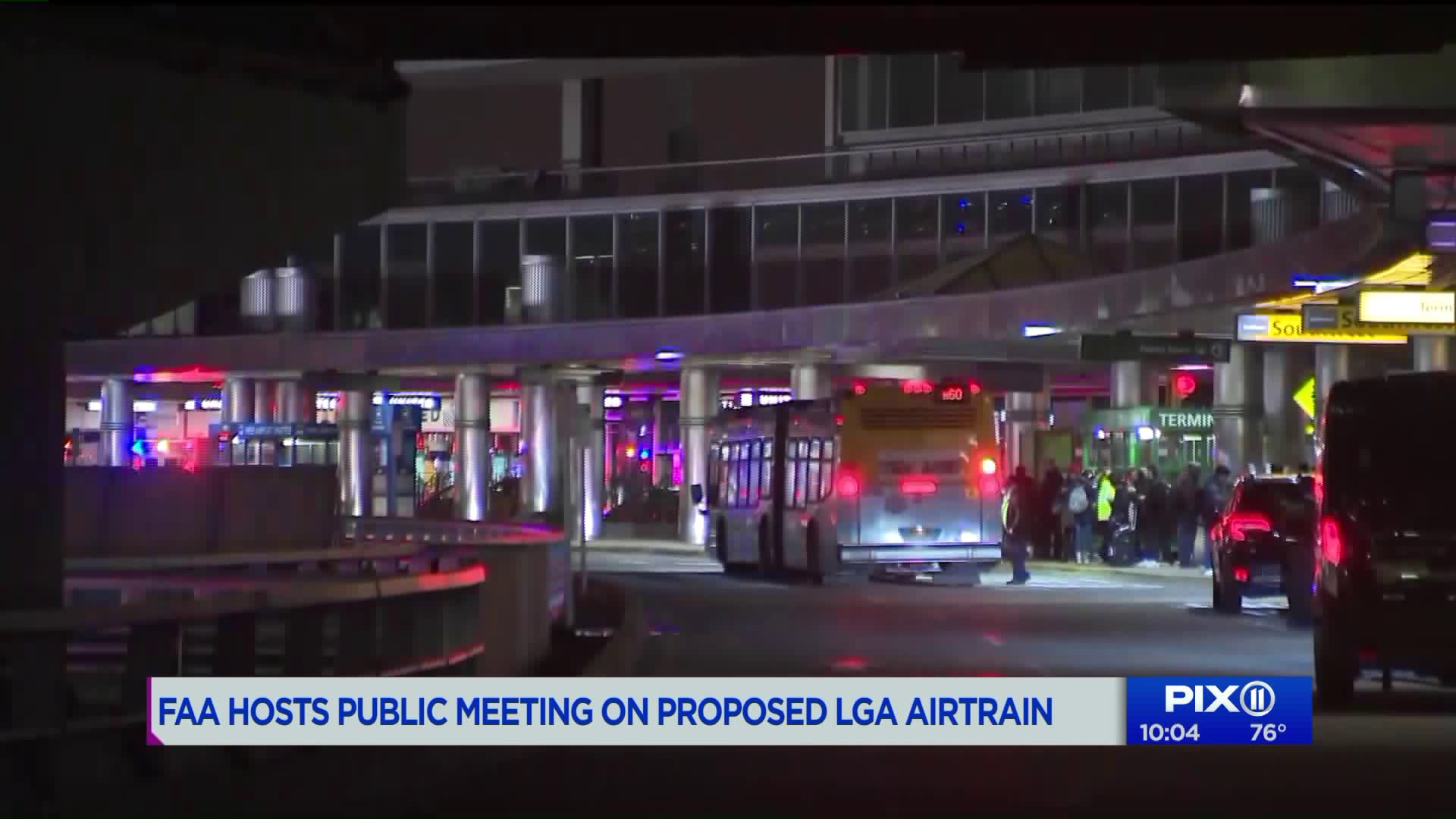 The FAA hosted a meeting on a proposed airtrain at LaGuardia Airport.

Ground transportation is a big topic at LaGuardia Airport.

Plans for an AirTrain at LaGuardia have been part of the major rebuilding of the airport. New gates, terminal structures, parking and roads are under construction as part of an $8 billion public-private partnership.

The LaGuardia AirTrain project has entered the environmental-impact phase. A number of factors including noise, pollution and visual impact will be studied and public comment will be included. A draft will be presented with additional open houses in August 2020. A final statement would be issued at the beginning of 2021 with a decision in the spring of 2021.

The Port Authority and State of New York have proposed the link between LaGuardia Airport and Willets Point in Queens. A LaGuardia AirTrain would connect riders to the No.  7 train and Long Island Rail Road.

This current proposal would not require the acquisition of private property.

Cost estimates have put the LaGuardia AirTrain project around $2 billion.

Some opponents and some neighbors have organized with Riverkeeper, a group that also advocates for environmental concerns. They question the price tag and actual time that will be saved. They're calling for improved bus service and airport access.

Frank Taylor lives in the neighborhood and is President of the Ditmars Boulevard Block Association. He says homes have been damaged during the pile driving section of the construction.

He says the No. 7 train is already busy and crowded.

Supporters say the airport needs mass transit and good, predictable connections to trains at Willets Point. The group "A Better Way to LGA" presents its case at this website. The group cites statistics that show currently 90 recent of travelers get to LaGuardia in a car, including taxis and other ride-hail vehicles.

Public comment to the Federal Aviation Administration will be received at a second open house on Thursday evening at the New York LaGuardia Airport Marriott and on line through June 17.

Send an email to comments@lgaaccesseis.com

The FAA is the lead agency for the project and is conducting the environmental impact study as required with the National Environmental Policy Act.

Specific information from the Port Authority about AirTrain plans can be found here.