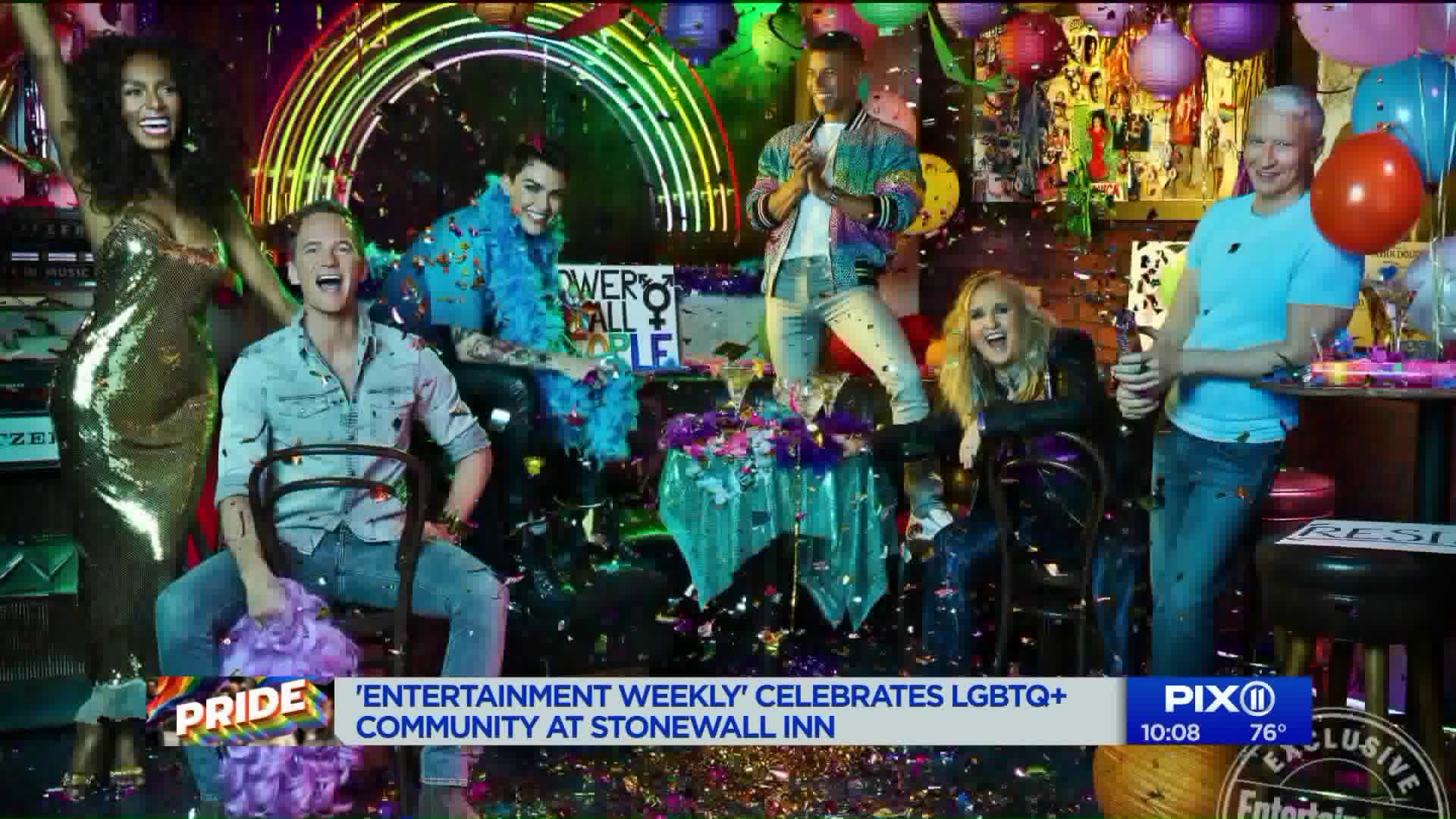 A star-studded night at the Stonewall Inn marks 50 years since the uprising.

A star-studded night helped marked 50 years since the Stonewall Riots in New York City. The famous landmark hosted Entertainment Weekly's celebration, as the magazine puts out six LGBTQ-themed covers in their latest edition.

"We really wanted to do something to honor the location and people's experiences," said Henry Goldblatt, the magazine's editor-in-chief.

It's the fourth year that the magazine has had this issue, while this month marks 50 years since the uprising at Stonewall, credited with helping start the modern gay rights movement.

“I wouldn’t exist as an out gay professional if it wasn’t for the folks at Stonewall,” said actor Neil Patrick Harris, one of the cover stars, alongside CNN host Anderson Cooper, actor Wilson Cruz actresses Janet Mock and Ruby Rose, and singer/songwriter Melissa Etheridge.

"I grew up as what I thought was an ugly Puerto Rican gay kid and the last thing I thought I would ever do is be on the cover magazine," said Cruz. "There was a little healing for that kid today."

"Standing here, knowing that that night the community came out and supported them," said Etheridge of the uprising. "That's history and knowing there's a magazine in entertainment that wants to celebrate that, I think we won."