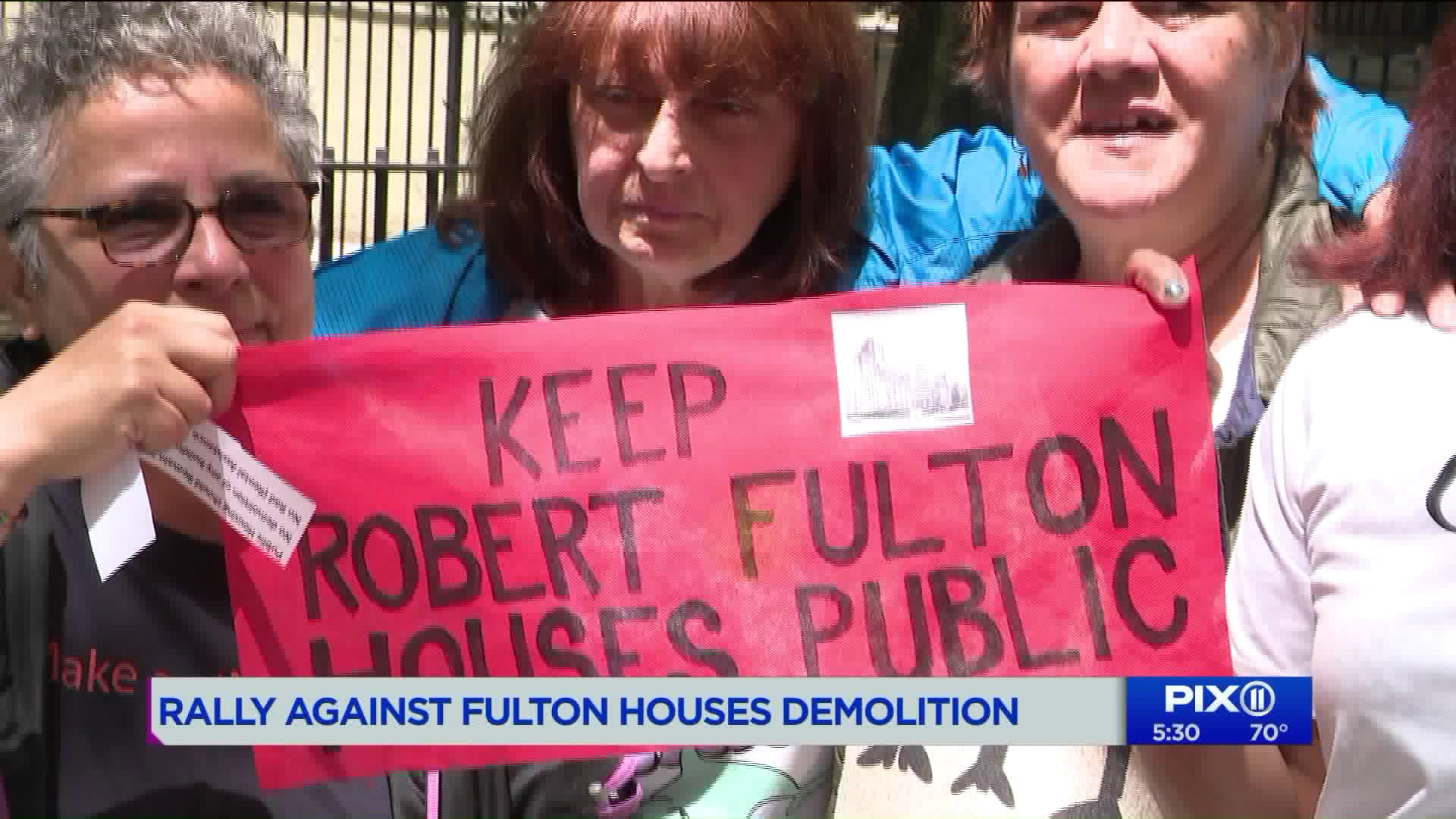 The rally is before a city community meeting run by NYCHA to answer questions about the city`s plan to have private developers build new apartments at the complex.

Dozens of Fulton Houses tenants held a rally outside the school led by activists and tenants. It was also attended by famed lawyer Norman Siegel.

“No one will lose their homes,” promised NYCHA Executive Vice President of External Affairs David Pristin.

The city maintains no one will be displaced, but many of these families fear they will lose their homes, with the city’s plan to have private developers come in to build on public housing land.

Community activist Marni Halasa says part of the problem with the city’s plan is that it's not clear. Halasa says families were told two buildings will be demolished and the city will build a tower on a parking lot here. Then several mixed income towers would be built. The city and NYCHA would keep ownership of the land but lease it to private developers under a program called RAD, or rental assistance demonstration.

To alleviate residents fears, NYCHA planned a community meeting Tuesday night at 6:30 at IS 70. Residents from the Fulton Houses in Chelsea are making sure their voices are heard against what they say is a private take over of public housing.

Jacqueline Lara has lived here at the Fulton houses in Chelsea for 17 years.

“I’m furious at the elected officials they haven’t reached out to us at all,” she said, and she's not alone.

The cost to fix NYCHA is an estimated $33 billion, according to the city. While the city say private/public partnership is the only way, families remain skeptical.

The city hopes the plan will raise funds for the Fulton Houses, which needs $168 million in repairs.