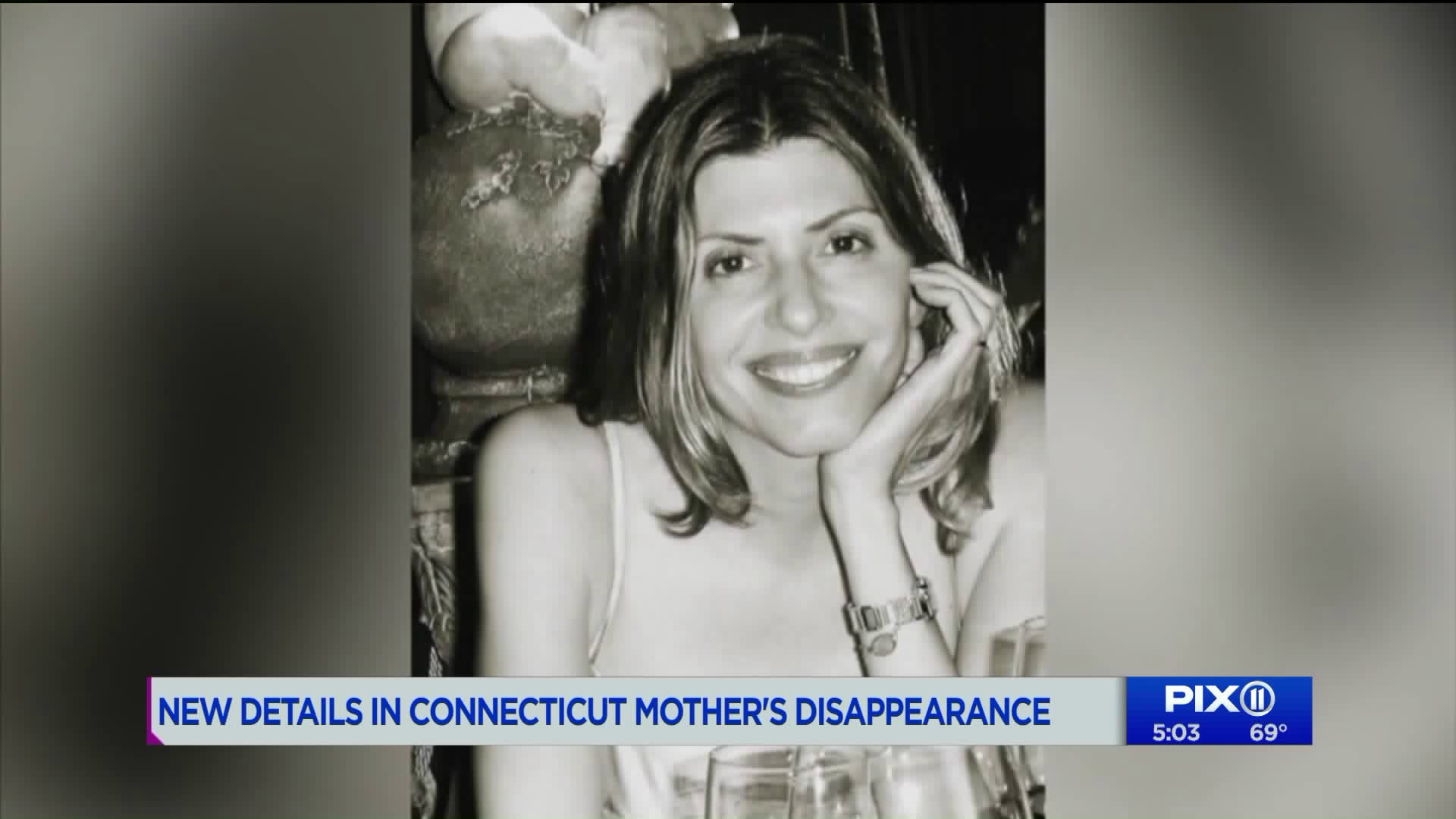 The blood of a missing mother of five was found in several locations where two people matching the description of her estranged husband and his girlfriend were recorded on video disposing of trash bags, according to arrest warrants released Monday.

NORWALK, Conn. — The blood of a missing mother of five was found in several locations where two people matching the description of her estranged husband and his girlfriend were recorded on video disposing of trash bags, according to arrest warrants released Monday.

The warrants show blood spatter and evidence of cleanup attempts were also found at the New Canaan home of Jennifer Dulos, 50, who remains missing after her May 24 disappearance.

"Investigators came to the consensus that a serious physical assault had occurred at the scene, and Jennifer Dulos was the suspected victim," police wrote in the warrants.

The warrants were released Monday after Dulos' estranged husband, 51-year-old Fotis Dulos, and his 44-year-old girlfriend, Michelle Troconis, made their first appearances in Norwalk Superior Court.

They were charged Saturday night with evidence tampering and hindering prosecution . They did not enter pleas.

Fotis Dulos' lawyer, Eugene Riccio, said his client was not expected to post bail. Troconis posted bail Monday afternoon and did not comment as she left the courthouse wearing a GPS monitoring device. Riccio and Troconis' attorney, Andrew Bowman, both said their clients had no criminal records.

Judge Stephanie McLaughlin rejected requests by both Fotis Dulos and Troconis to lower their $500,000 bail after a prosecutor cited the seriousness of the allegations and said more charges are expected.

Jennifer Dulos went missing May 24 after dropping her kids off at school and missing appointments that day. She has not been found. She and Fotis Dulos have been embroiled in a contentious divorce and child custody case for the past two years.

Police have searched locations in several towns including a park in New Canaan where Jennifer Dulos' vehicle was found and a home about 60 miles (97 kilometers) away in Farmington, where Jennifer Dulos and her children — who range in age from 8 to 13 and include two sets of twins — had lived until about two years ago when she filed for divorce. Fotis Dulos and Troconis were living at the Farmington house.

The arrest warrants said the items with Jennifer Dulos' blood, including kitchen sponges, were found at various locations in Hartford in garbage bags police believe were dumped by Fotis Dulos and Troconis, based on surveillance videos and cellphone location data.

New Canaan police have said they are investigating her disappearance both as a missing person case and a criminal matter.

Court documents filed in the divorce case say Jennifer Dulos feared Fotis Dulos would harm her in some way in retaliation for her filing for divorce, and she noted he had a gun. Jennifer Dulos has primary custody of the children, with their father getting to see them every other weekend.

After Jennifer Dulos went missing, Fotis Dulos asked the divorce case judge to grant him custody of the children. In a motion filed last week, he said the five children are staying with Jennifer Dulos' 85-year-old mother in New York City and are being protected by an armed bodyguard.

A hearing in the divorce case is scheduled for Wednesday after being postponed last week.