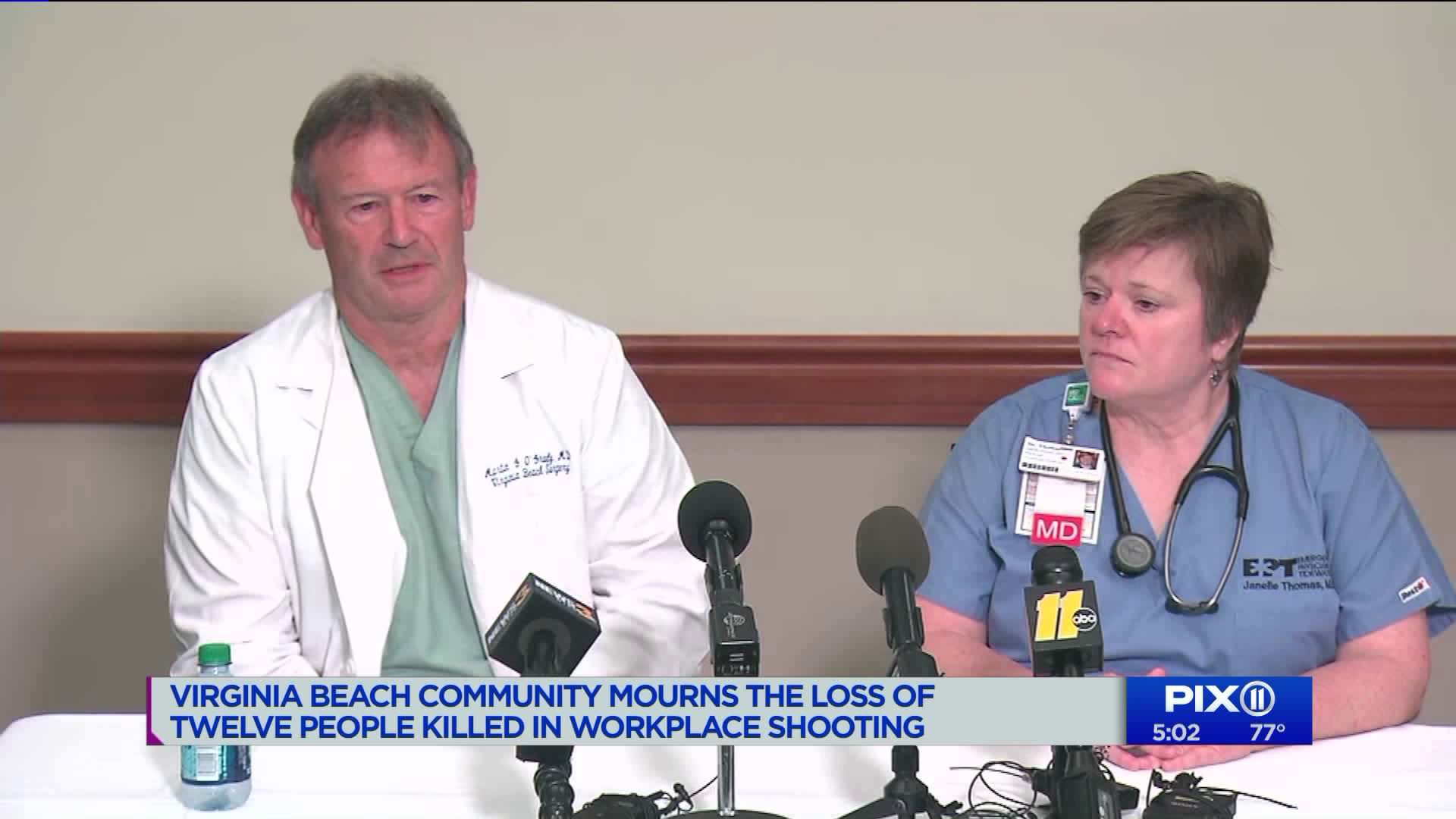 Dr. Martin O'Grady told a news conference Saturday that one patient had just gotten out of surgery and another patient faced repeated operations for wounds inflicted when a gunman opened fire at a municipal building in Virginia Beach.

O'Grady is head of the hospital trauma unit. He said two of the patients being treated at the hospital had sustained "significant" injuries but were expected to survive. He described a third patient's injuries as "devastating." He would not elaborate due to health care privacy laws.

Authorities said earlier that a fourth patient was receiving treatment at a hospital in Norfolk.

The four people were injured when, according to police, 40-year-old DeWayne Craddock opened fire at a city municipal building on Friday afternoon, killing 12 people and injuring four. Police responded to the scene within minutes and killed Craddock after a prolonged shootout.

The officials the guns haven't been connected to any other shootings in a federal database. The officials weren't authorized to discuss an ongoing investigation publicly and spoke to the AP on the condition of anonymity.

The gunman was identified Saturday as DeWayne Craddock. Eleven city employees and one contractor were killed in the Friday afternoon shooting. Craddock was killed in the ensuing gunbattle with police.