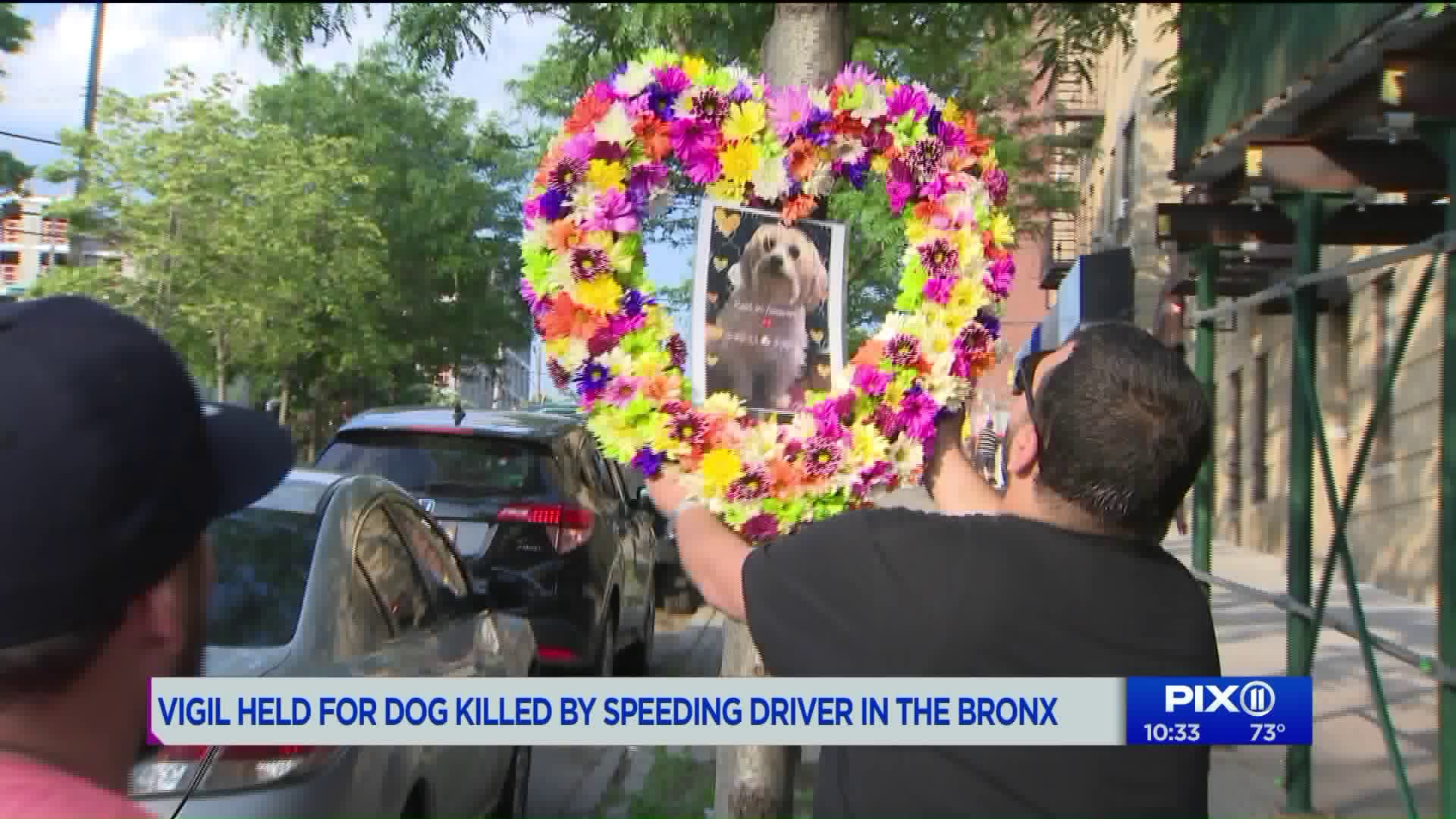 Some neighbors in the Bronx are rallying on the sidewalk after some pedestrians have been hurt and this week, a dog was killed.

People on the block know Nitro.

The dog has been a part of the neighborhood in the Hunts Point section of the Bronx for 6 years.

This week, his owner says a driver of a car ran over the dog as they crossed the street.

Neighbors are taking action by holding a rally on the sidewalk along Spofford Avenue. They say there have also been some pedestrian injuries and damage to cars.

They are asking the city to look at the traffic volume and speed along the streets. The area is between Bruckner Boulevard and commercial areas along the river.